MADISON -- A letter sent to Wisconsin Representative Mandela Barnes (D-Milwaukee) is being investigated for threatening language. Barnes says the letter is a response to a series of tweets he posted on Twitter regarding the mass shooting in Orlando.

The letter arrived at Barnes' office in Madison on Tuesday, June 28th. It was allegedly post-marked from Baltimore, Maryland. 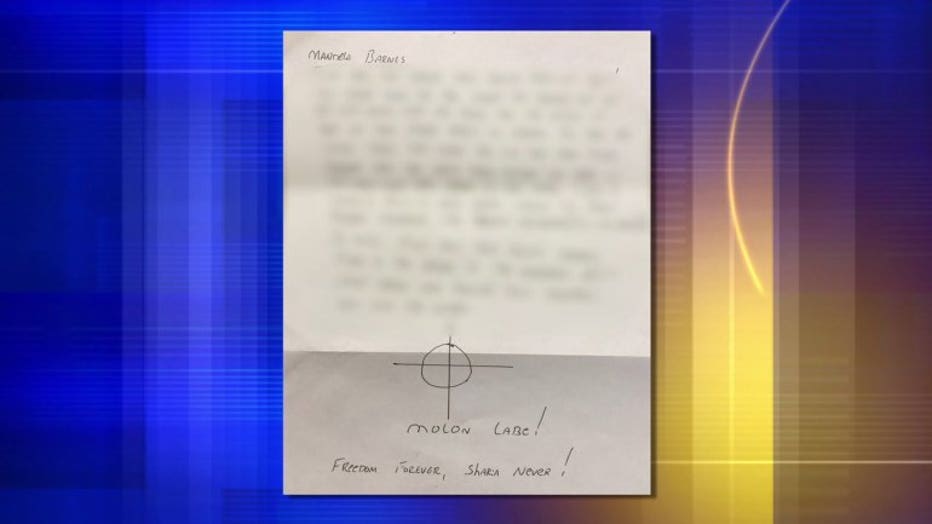 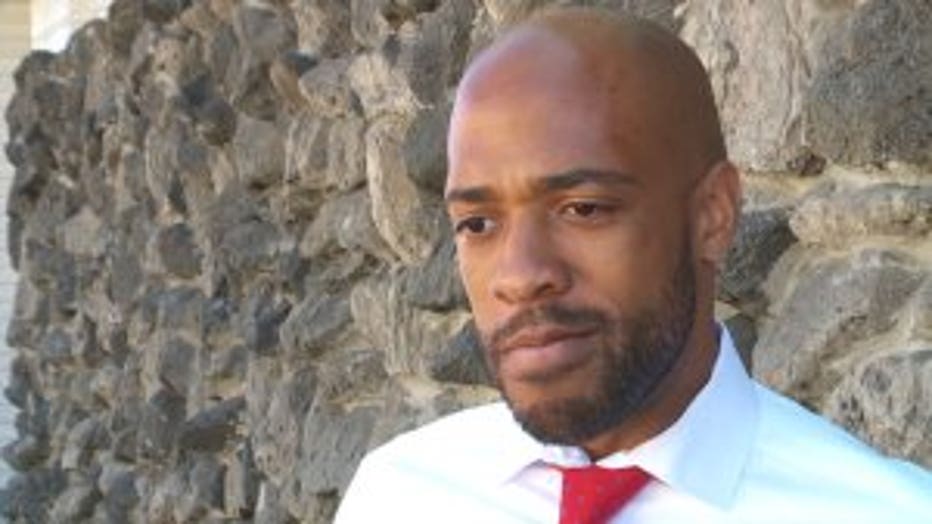 The note is riddled with profanities and accuses Barnes of being a jihadi. The letter calls Barnes a "crackhead ghetto piece of (expletive)."

"There`s the immediate racism. You can`t even imagine that level of hate even exists," Barnes said.

The letter reads: "You can tell your jihadi comrades that the white trash infidels out here in fly-over land are armed to the teeth." 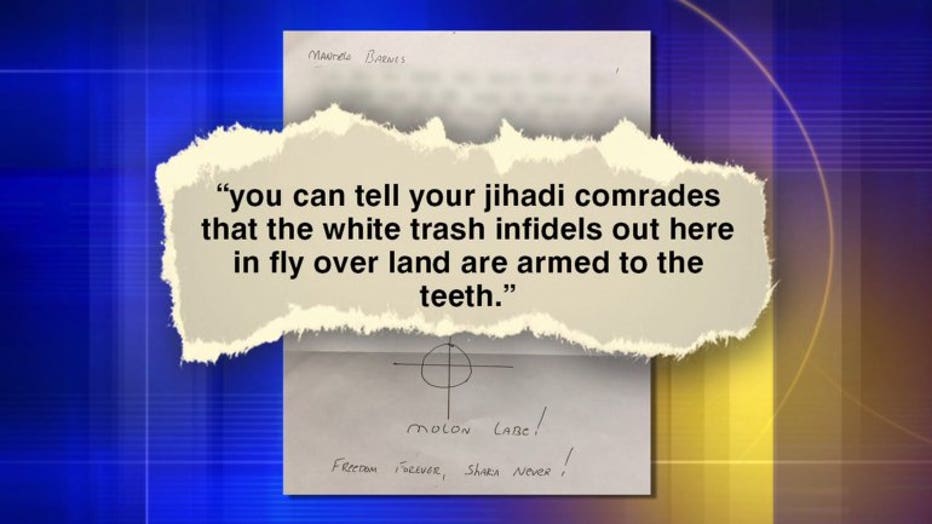 The letter is signed with a symbol used by the Zodiac Killer and a slogan associated with pro-Second Amendment activists. 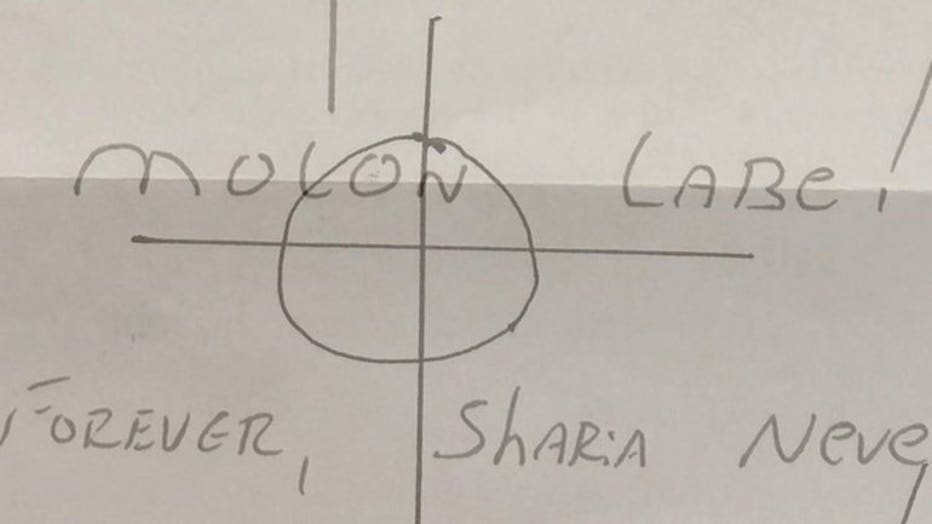 Barnes believes the letter is the result of some tweets he wrote after the mass shooting in Orlando.

In a tweet on the day 49 people were killed inside Pulse, a gay nightclub, Barnes asked his followers: "How many people have been driven to hate and act violently towards the LGBT community by 'conservative Christian' ideology?" 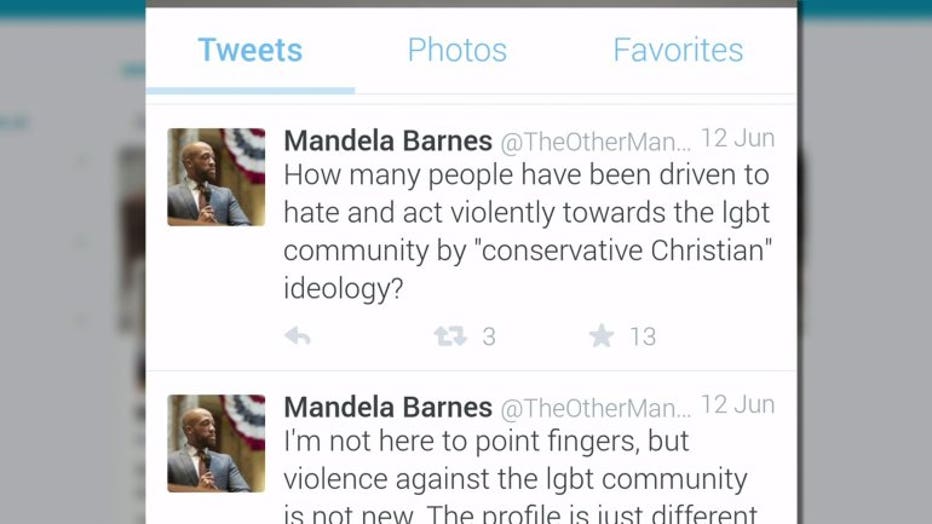 "These remarks were taken intentionally out of context by some very conservative commentators in an effort to discredit me," Barnes said.

Barnes claims he was urging Christians to be kinder and more accepting of gays and lesbians.

Barnes, a Democrat, says this tweet and others were re-tweeted and gained traction among some conservatives. He believes that's what sparked the person to write the letter.

FOX6's Bret Lemoine: "But we don`t know it`s coming from a conservative."

"Right, right. But the first attack -- my words were taken out of context," Barnes said.

Barnes says the letter was sent from Baltimore, Maryland, and Capitol police are investigating. Barnes said the language used is concerning.

"It`s one of those things that, you know, shouldn`t happen. Right? Regardless of where we are in any sort of disagreement," Barnes said. 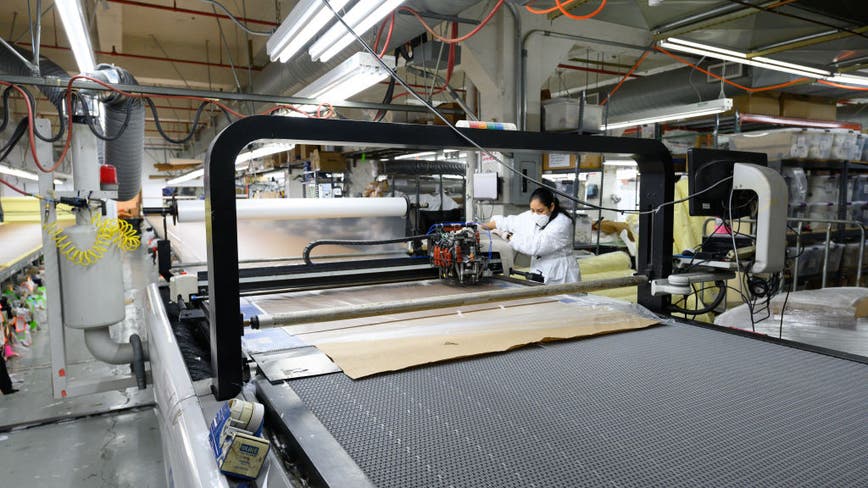 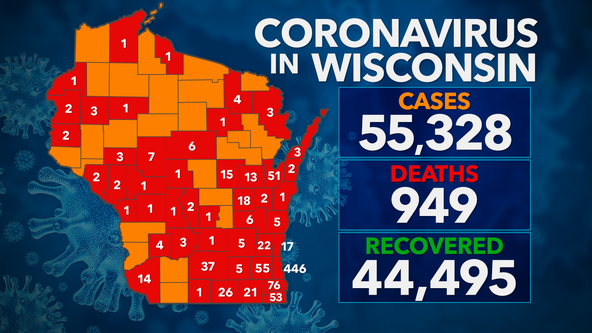