MILWAUKEE - Joe Biden is poised to unveil his vision for the modern-day Democratic Party in the first presidential nominating convention of the coronavirus era starting Monday, Aug. 17 in Milwaukee. There will be no physical gathering place, no cheering audience, no balloons. The program will consist of a series of online video addresses — half of which will be prerecorded— that play out for two hours each night until Biden formally accepts the Democratic presidential nomination Thursday.

Milwaukee once expected crowds of 50,000, and with them, millions of dollars for area businesses. Once upon a time, delegates were supposed to be packing into Fiserv Forum for the DNC. Then, COVID-19 hit, and with the pandemic, dreams of repeating conventions past. 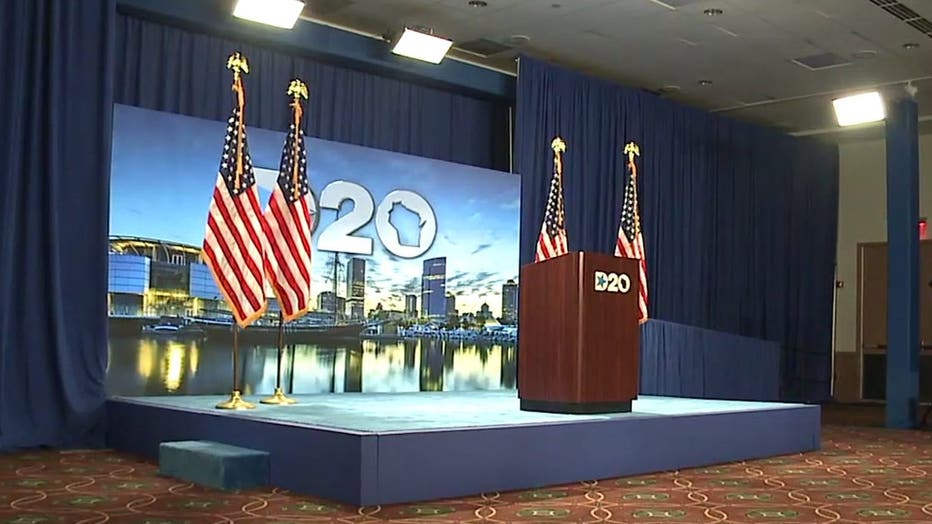 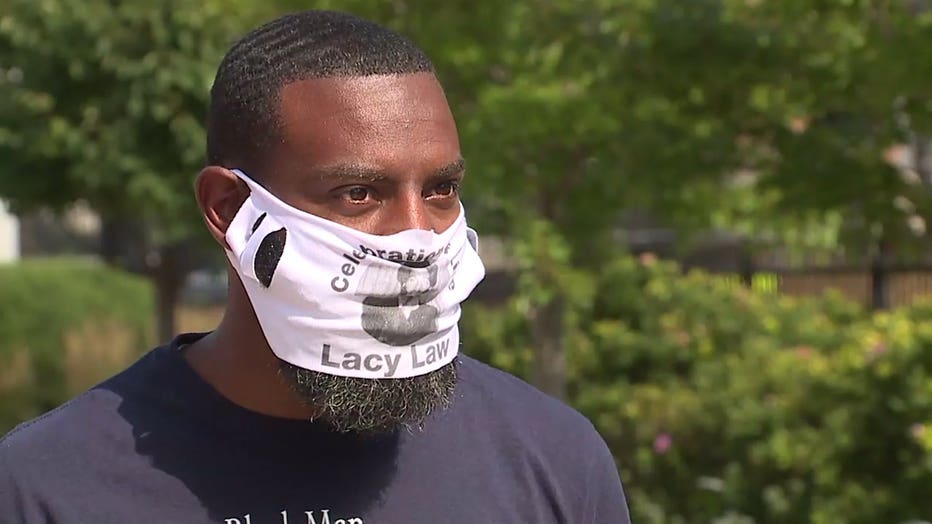 "Well, it's virtual, so hopefully I get virtual feelings, but they are not the same, honestly," said State Rep. David Bowen, delegate for Bernie Sanders.

The mostly virtual convention gavels in and out on a stage inside the Wisconsin Center, where a few Wisconsin leaders will speak, and where the roll call vote will lead to Biden's nomination, but his delegates, like Chris Walton, won't be inside. 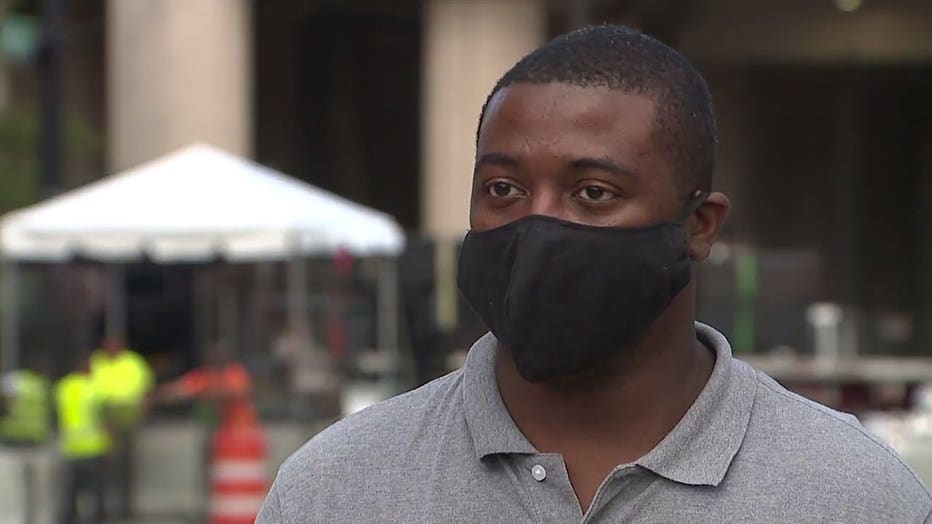 "It's going to be different," said Walton. "I was definitely looking forward to seeing the balloons dropped because I was a delegate, as well, but you know, it's about public health."

And with all the images you see at home controlled from the Wisconsin Center, that leaves little chance for surprises, like Sanders' delegates repeating their 2016 convention walkout.

"It's certainly disenfranchising," said Charlie Ryan, delegate for Bernie Sanders. "It's disappointing. By the same token, COVID is real, and I think as unfortunate as it is not to be able to be inside the convention in person, it's probably the right decision for the health and well being of the public." 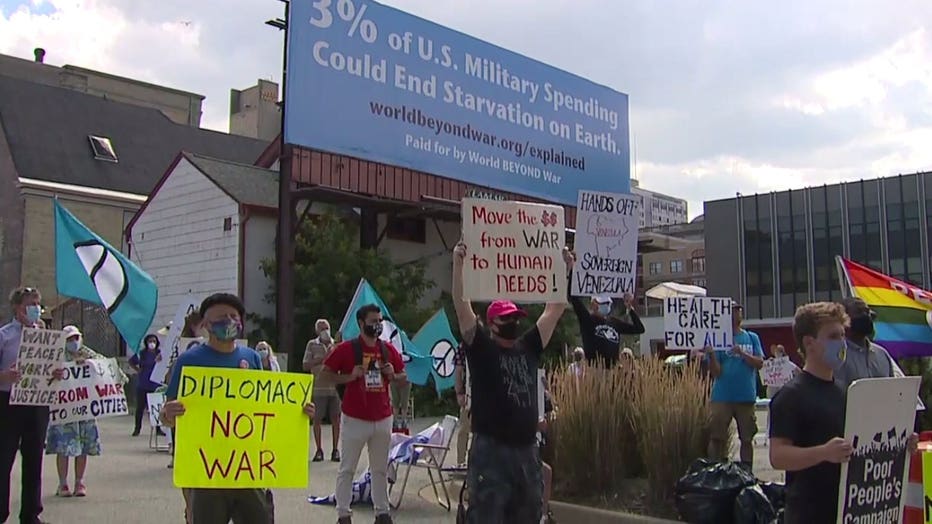 Outside the convention's security fences, on the eve of the DNC, some Biden and Sanders delegates united with a call for peace under a billboard -- urging a cut in military spending.

"The convention is just pomp and circumstance," said Laura Valderrama, delegate for Bernie Sanders. "The real important thing is being out on the street day in, day out to fight for the things that we're fighting for."

Wisconsin is a crucial battleground state in the 2020 election, a state Donald Trump won by fewer than 23,000 votes.

The visit will take place Tuesday afternoon at the Milwaukee Police Association.

The Wisconsin Center is prepped for what is now a mostly virtual 2020 Democratic National Convention.