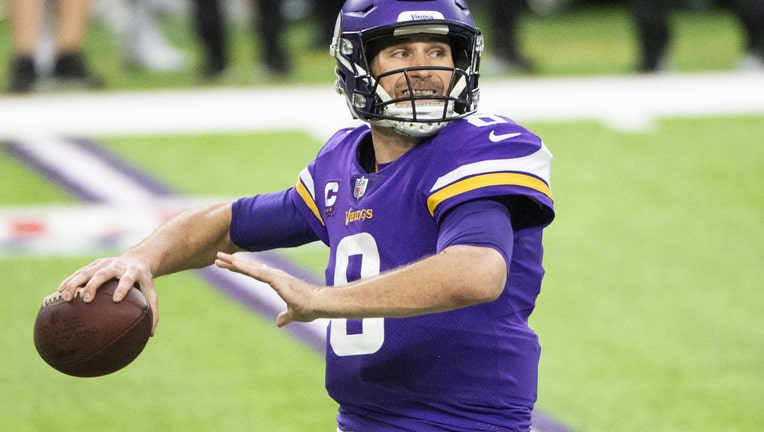 Kirk Cousins #8 of the Minnesota Vikings passes the ball in the fourth quarter of the game against the Chicago Bears at U.S. Bank Stadium on December 20, 2020 in Minneapolis, Minnesota. (Photo by Stephen Maturen/Getty Images)

EAGAN, Minn. - Kirk Cousins will be the Pro Bowl injury replacement for Aaron Rodgers for a third time.

The Minnesota Vikings quarterback was added Monday to the NFC roster. The all-star game will be played Sunday in Las Vegas. Rodgers played much of the season for the Green Bay Packers with a broken toe.

The 33-year-old Cousins was one of only two players in the NFL this season with 30-plus touchdown passes and fewer than 10 interceptions. Rodgers was the other. Cousins posted a 103.1 passer rating, ranking fourth in the league behind Rodgers, Joe Burrow and Dak Prescott.