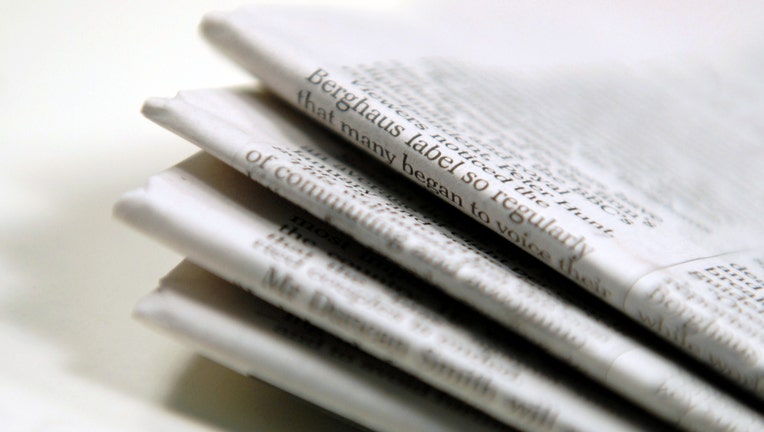 HARTFORD, Conn. - The Hartford Courant, the oldest continuously published newspaper in the United States, plans to close the newsroom and offices it has been operating out of since the mid-1940s by the end of the year.

Though the newspaper will continue to be published, its parent company said it will consider whether it’s necessary to open a new office.

“This is a decision about real estate needs amid a difficult and challenging time on both the public health and economic fronts,” Publisher and Editor-in-Chief Andrew Julien told staffers in an email Friday.

“It won’t change the essence of what we do: Delivering the high-impact journalism readers have come to expect from the Courant and crafting creative solutions that meet the needs of our advertising partners,” Julien wrote.

The building in Connecticut’s capital has been largely empty since many staff members began working remotely in March during the coronavirus pandemic.

Chicago-based Tribune Publishing Co. announced in August that was closing newsrooms at five of its other papers, including the New York Daily News and the Capital Gazette in Annapolis, Maryland.

Company spokesperson Max Reinsdorf told the Courant in an email that “as we progress through the pandemic and as needs change, we will reconsider our need for physical offices.”

The Courant announced in October the newspaper will be printed in Springfield, ending more than 250 years of publication in Hartford. It began as a newsweekly in 1764.

“At a time when so many cities have seen their papers of record close down altogether, we’re fortunate that the Hartford Courant continues in operation, with committed reporters on the beat covering our city and our state every day,” said Hartford Mayor Luke Bronin.

“But it’s a sad day and a tough blow to see the Tribune Publishing Company close the newsroom and physical headquarters of the oldest continuously published newspaper in America,” Bronin said.