Construction zone crashes; 2 wrecks at I-43 and Hampton this year

For the second time in recent months, a car crashes into the construction zone of I-43 near Hampton. While the two incidents are very different, the message to drivers remains the same.

MILWAUKEE - For the second time in recent months, a car crashes into the construction zone of I-43 near Hampton. While the two incidents are very different, the message to drivers remains the same.

"Somebody entered a closed onramp, continued on until they ran out…which wasn’t very long until they ran out of roadway went over the edge of an unfinished part of the freeway," said Mark Salentine of Ray's Towing.

The latest scene unfolded early Wednesday morning, Sept. 28 near I-43 and Hampton. A car crashed – and was found hanging over the edge. 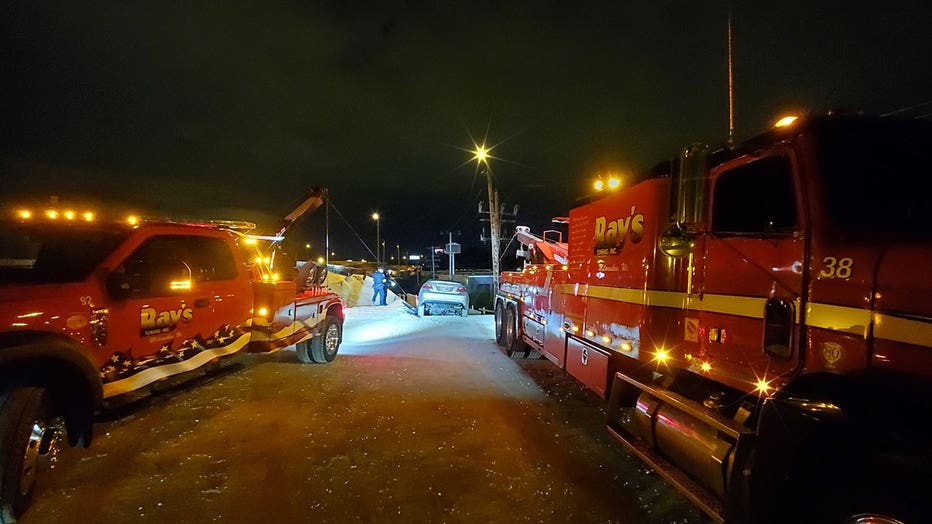 "It could have fallen about 10 feet or so," Salentine said.

Details of the crash are limited. But for now, the Milwaukee County Sheriff's Office tells FOX6 News the driver in Wednesday's wreck is a 34-year-old Milwaukee woman. Impairment was not a factor in this latest crash. The woman was given a ticket.

"The occupant was able to get out. We’re told she wasn’t impaired at all. She made a mistake," Salentine said.

Ray's Towing was among those that went to the scene.

Ray's Towing was also there earlier this summer when a 28-year-old Milwaukee man drove the wrong way – and crashed his car into the same construction zone. 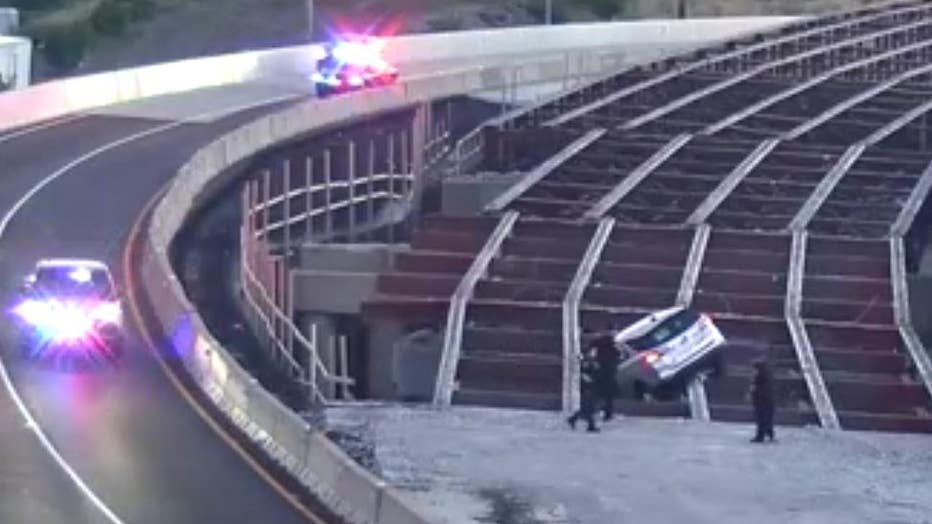 His vehicle teetered on a girder – making for a unique rescue. The man was arrested for OWI and second-degree recklessly endangering safety.

According to the Wisconsin Department of Transportation, the construction project between Capitol and Hampton is expected to be complete by late 2023.