A consumer alert for anyone searching for a used car: a competitive buying market has some feeling buyer’s remorse.

MILWAUKEE - A consumer alert for anyone searching for a used car: a competitive buying market has some feeling buyer’s remorse.

A shortage of manufacturing materials over the last two years has led to fewer vehicles on dealer lots. While there are signs of inventory improving on the horizon, demand for new and used cars remains high in southeast Wisconsin and so are the prices.

In September 2021, Carrie Meloy in Fredonia bought a 2008 Saturn Astra for her teenage daughter. Within two days, she says the "check engine" light came on.

"It ran for a little while with the light off, and then the light came back on," said Meloy. 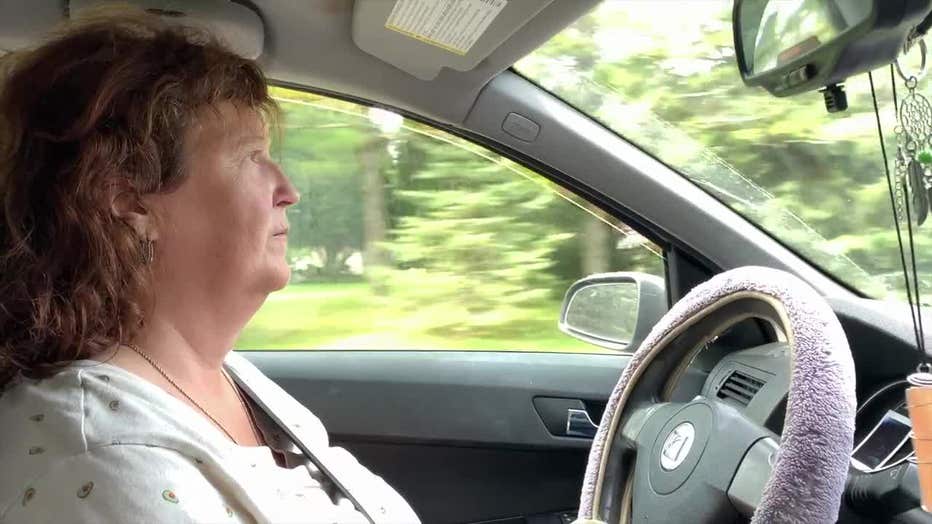 Over the last year, Meloy said she’s spent nearly $2,400 in towing and repair bills for a car that cost her about $5,000. The most expensive repair was replacing the vehicle’s two catalytic converters.

Consumer gripes about used cars are nothing new. However, in today’s competitive buying market, some buyers may be overlooking what they think are minor problems with vehicles but are actually red flags. 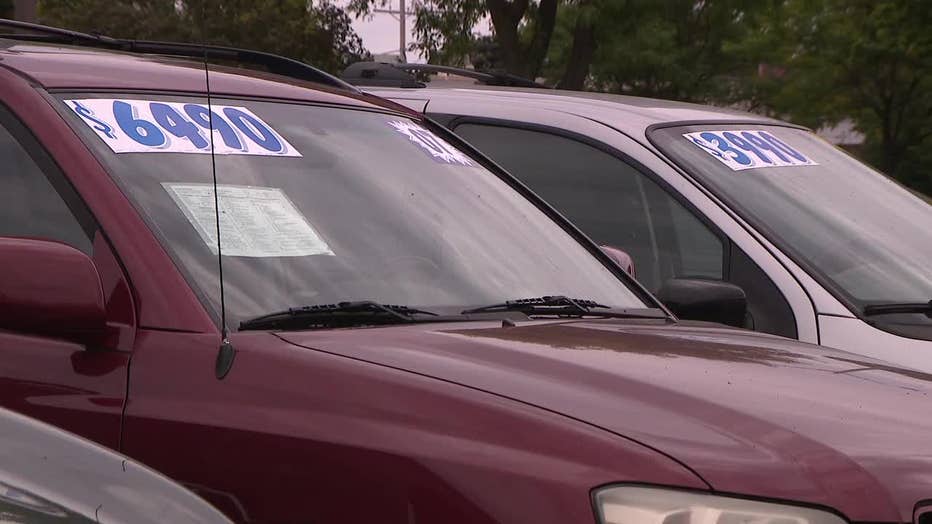 "More and more people are buying whatever they can," said Paul Krauska of Eddie’s Service in Saukville. "They’ll just say, 'Oh, I’ll take it,' because they know the dealer will probably sell that car to someone else very quickly." 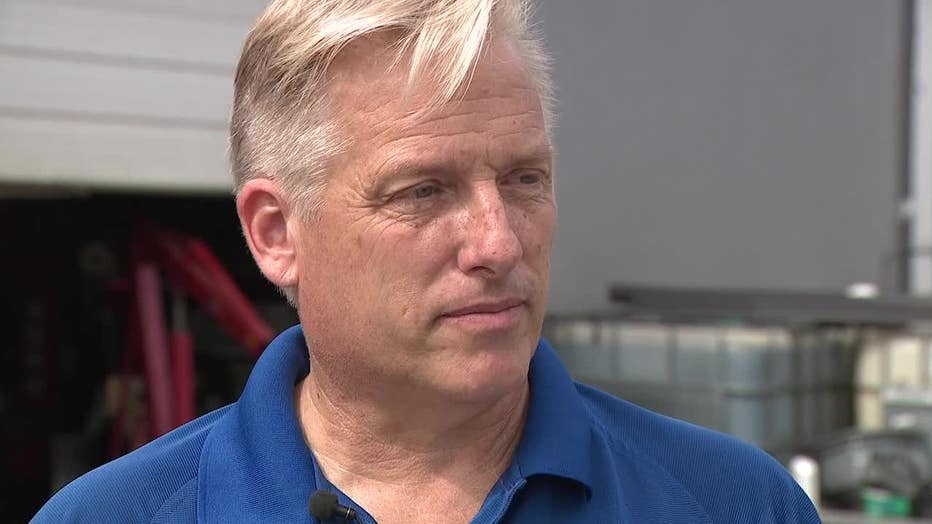 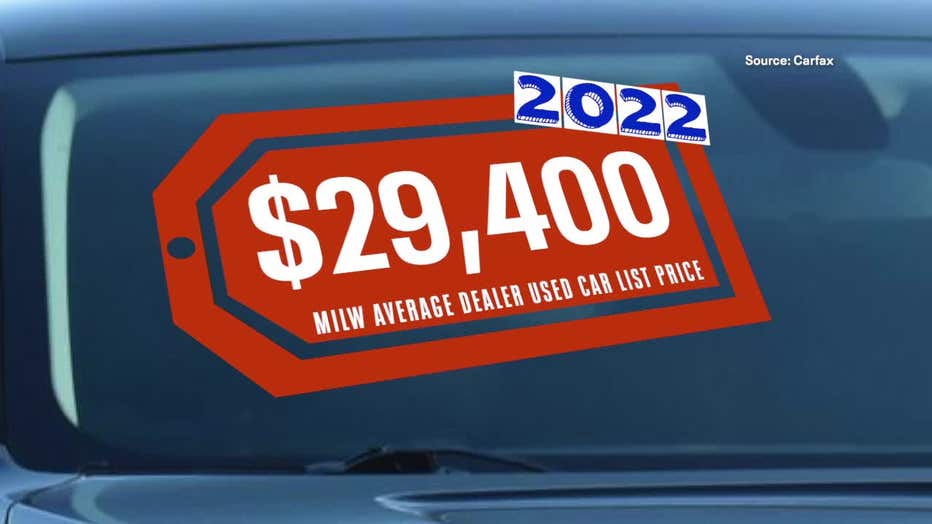 Contact 6 does not handle most used car complaints through its off-air resolution process, because many vehicles are sold "as-is." However, the consumer segment hears from people every year feeling buyer’s remorse over their used vehicle purchases.

Those consumers are not alone. Complaints to the Wisconsin Department of Agriculture, Trade and Consumer Protection (DATCP) about used car sales were up 23% in 2021 but are slowing in 2022. Last year, DATCP got 151 used auto sale complaints. So far in 2022, there have been 100 consumer complaints about used auto sales. 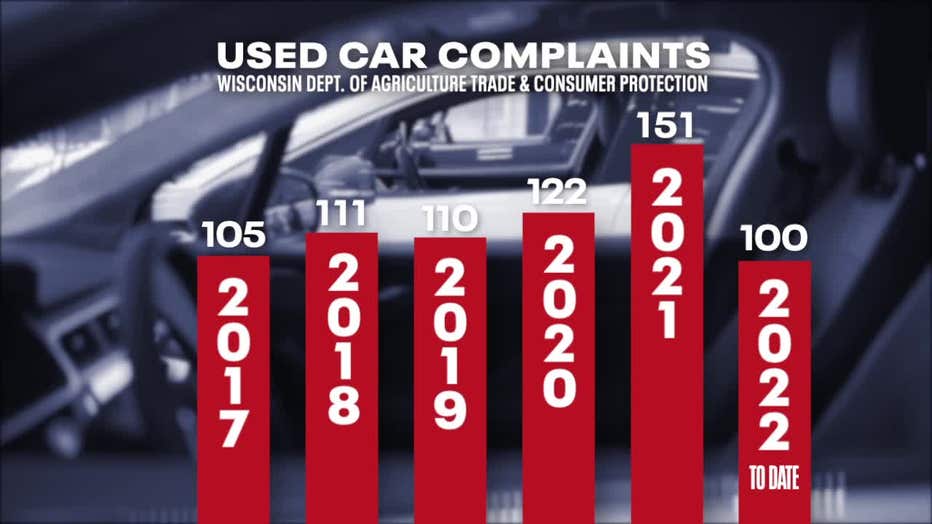 Since the start of 2020, DATCP has gotten 372 complaints about used car purchases.

Sometimes, viewers write to Contact 6 to say they bought a used car that turned out to be a "lemon." However, Wisconsin’s lemon law doesn’t apply used to used car purchases, only to new car purchases. It’s a common misconception.

Even so, there may be some protections for used car owners available. A used vehicle might still be covered by its manufacturer’s warranty or a dealer’s limited extended warranty. If not, it’s noted on the Buyers’ Guide "as-is." 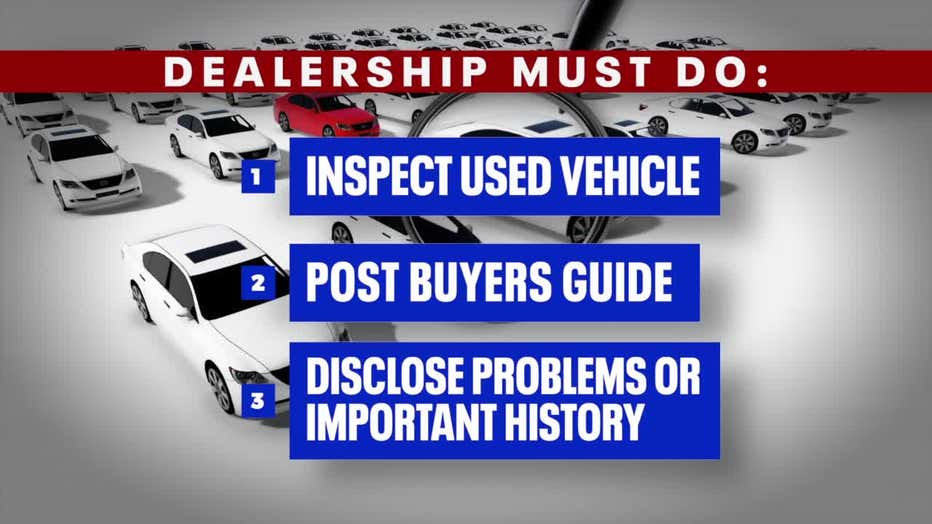 "[That] lets the consumer know that the dealer is not responsible for future repairs," said Mark Rather, section chief of the Dealer and Agent Section at the Wisconsin Department of Transportation (WisDOT).

Rather said before selling a used car, there are steps a licensed dealership must take. The dealer must inspect the used vehicle. Then, a Buyers’ Guide must be posted in the window. The Buyers’ Guide should disclose any problems or important history that the dealer should reasonably know about.

If the Buyers’ Guide is not filled out accurately and the dealer won’t make repairs at no charge, the buyer can file a complaint with WisDOT.

"The agency would work to try to mediate between the dealer and the consumer," said Rather. 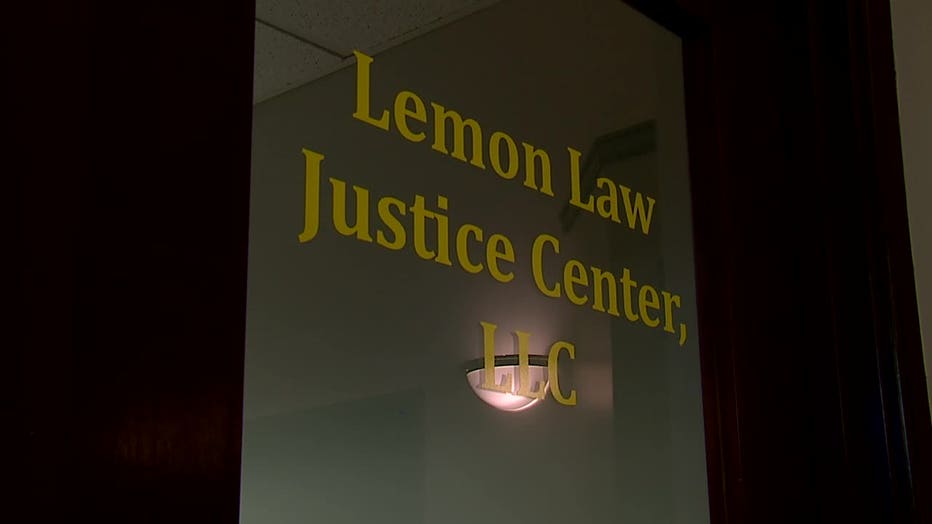 At the Lemon Law Justice Center in Brookfield, Managing Attorney Susan Grzeskowiak said the buyer’s other option might be small claims court.

"Because you don’t need a lawyer for that," Grzeskowiak told Contact 6. 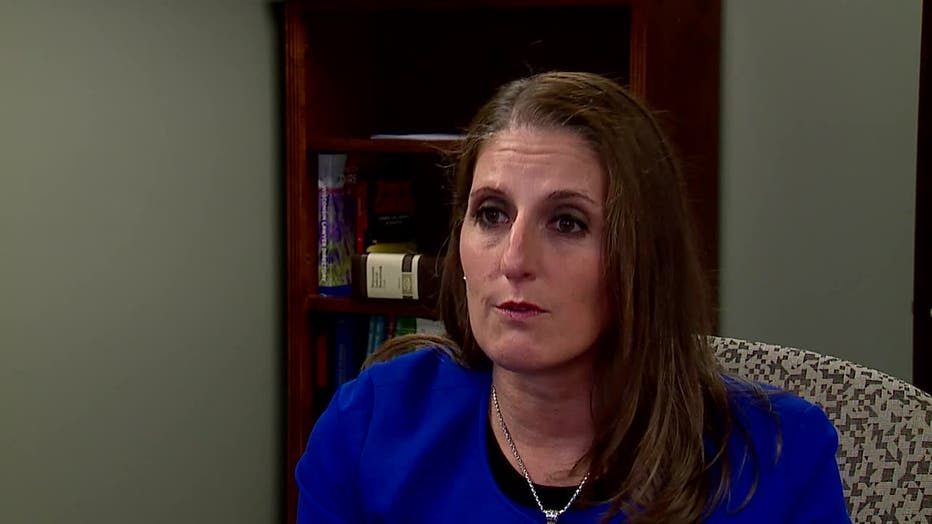 Grzeskowiak said the strength of a consumer’s case can depend on when they bought the car. Was the purchase days ago or weeks? In general, the more time passes, the weaker the case.

"That’s when your rights diminish because what we have to prove is that the problem existed on the day that they purchased it," said Grzeskowiak.

An unhappy buyer can start by taking their new car to a mechanic they trust. If the mechanic discovers a problem that should have been discovered during a reasonable care inspection and disclosed in the Buyers’ Guide prior to purchase, the case could be successful in court.

There are steps a dealer does not have to take when selling a used car. A dealer is not required to take vehicles apart during inspection or run diagnostic tests. The dealer does not need to divulge problems that could develop based on the make, model or mileage of the vehicle. 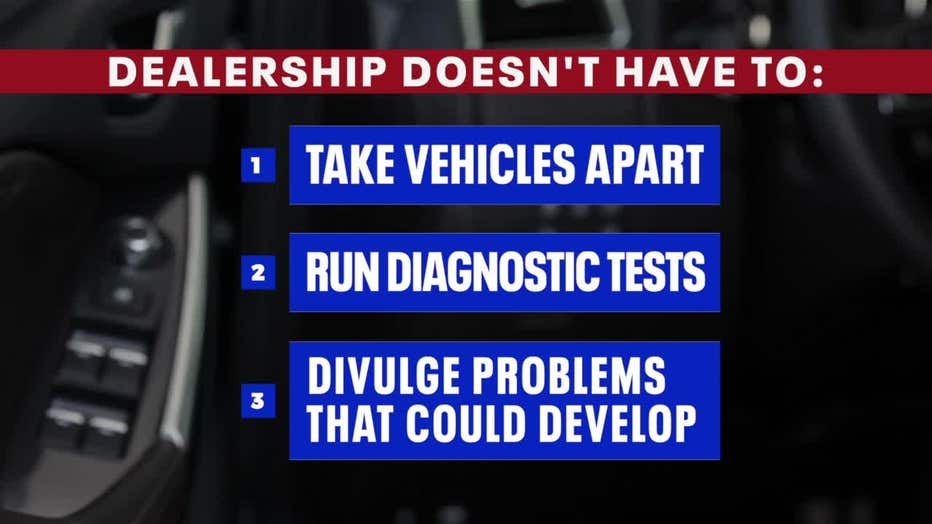 A dealer does not need to disclose whether the vehicle was in an accident, unless certain parts of the vehicle, like its frame, were damaged. If the vehicle is from 2011 or older, the dealership is exempt from disclosing odometer readings.

"It runs good now," said Meloy. "It runs like it should."

Another common misconception is that consumers have a three-day right to cancel their car purchase. That rule only applies to sales that take place away from the dealership’s normal place of business, like at a pop-up event. 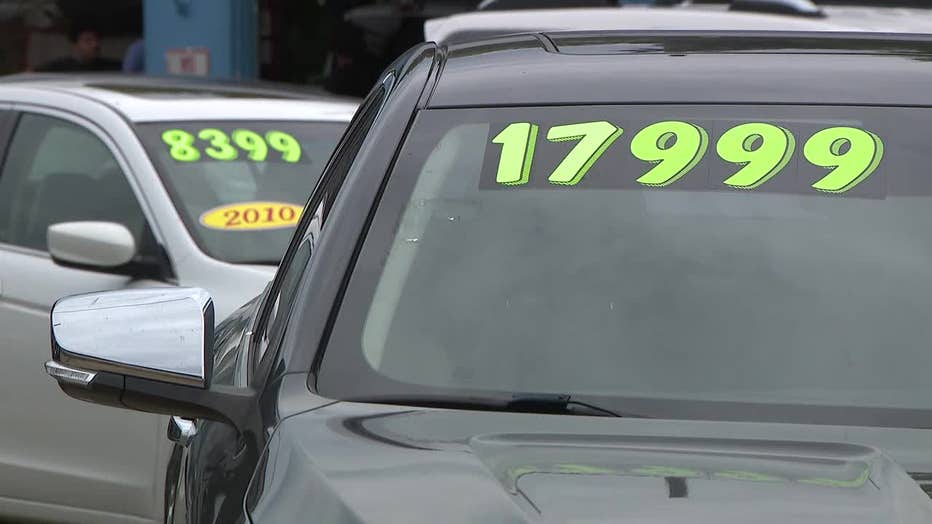 Private auto sales are not regulated by the state. In those situations, a consumer is usually on their own and without recourse for any problems that might occur.

The Automobile Dealers Association of Metro Milwaukee (ADAMM) tells Contact 6 that used auto inventory remains low but is improving locally for some brands. One reason is inflation, which reined in demand for used cars a little. Demand remains high for new vehicles.

Before buying a used car, be sure to research the vehicle’s make and model. Consumers can check CARFAX for accident history and odometer discrepancies. Most importantly, they can take a vehicle to their own mechanic for inspection prior to purchase.

In the current market, prices for cars are changing every day and can vary greatly depending on where you live. CARFAX has a tool that can help consumers determine a car’s value.