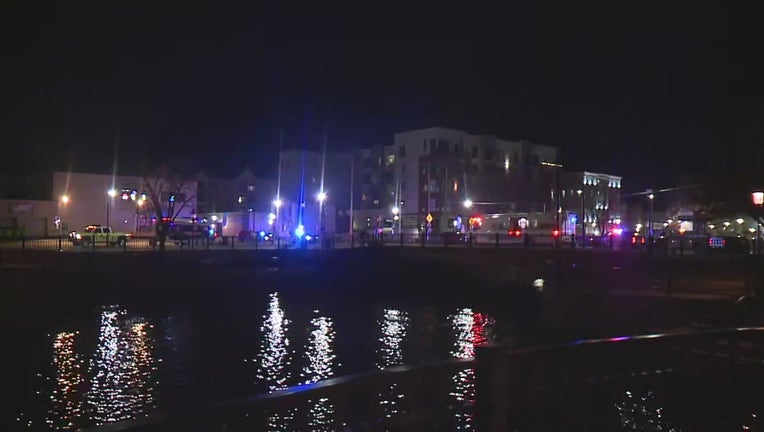 More than 20 injured when SUV plows into Christmas parade

MILWAUKEE - Communities in southeast Wisconsin are beginning to talk about whether they should proceed with their Christmas or holiday parades – in light of what happened in Waukesha on Sunday, Nov. 21. An SUV driver plowed through a Christmas parade, killing at least five people and injuring more than 40.

Already, leaders in multiple communities have raised the issue – and shared their sentiments in news releases.

In Whitefish Bay, the Holiday Stroll Parade is set for Friday evening, Nov. 26.

"At this point we have not made a decision as to what it will look like. The WFB Police, Village Managers, BID President and I met this am to discuss and we have an emergency BID Board meeting tomorrow, early morning to make a decision…The situation is incredibly sad!"

The Village of Menomonee Falls has opted to cancel its Christmas parade scheduled for this Sunday, Nov. 28.

In Grafton, the annual Grafton Christmas parade is scheduled for this upcoming weekend. Grafton Police Chief Jeff Caponera shared on Tuesday, Nov. 23 the following thoughts in a news release:

"Our parade is a GO!

"Public safety is our paramount concern. Given many unfortunate incidents leading up to and including the one we witnessed on Sunday, we are in an era where we must abandon the mentality "it won't happen here." While we have always had a strong safety and traffic mitigran plan in place prior to the recent incident in Waukesha, we were forced to reevaluate our strategy.

"While we will not discuss the details of our mitigation strategies, we do want you to rest assured that you and your loved ones will be safe and protected during the Grafton Christmas Parade."

In Sheboygan, the holiday parade is slated for Sunday, Nov. 28 at 5 p.m. The Sheboygan Jaycees shared this statement in a release.

"After careful consideration, we are continuing with the 29th Holiday Parade. We are deeply saddened with the events of the Waukesha parade.

Below is the statement from the police department:

In response to the tragedy at the Waukesha holiday parade, we are reviewing our safety plan for the upcoming 29th annual Jaycees holiday parade and are confident that this will be a safe and inspiring holiday event.  The Sheboygan Police Department, in conjunction with the Sheboygan Fire Department and Department of Public Works, has worked to ensure traffic and pedestrian safety for community parades throughout Sheboygan’s history, and this year’s holiday parade continues that tradition.

While acts of violence at community events of all kinds are a shocking and sad reality of our society, parades continue to be a safe and family-friendly way to celebrate our holidays and highlight important aspects of our community identity.  We share the grief and heartache that Waukesha now faces while holding firm to the belief that the community has the resilience to heal from it.  In the meantime, we wish everyone a warm and safe Thanksgiving with your family and friends.

The Sheboygan Jaycees will be collecting monetary donations for the victims of the parade and having a moment of silence for the parade at the tree lighting."

"While we feel this was an isolated incident, we are going to talk with our local police department this afternoon to see what we can do to add additional safety precautions.

"Our parade is scheduled to go on as usual."

"The City of Appleton stands with our neighbors in Waukesha in the wake of yesterday’s tragic incident at their annual Christmas parade. Our hearts are heavy even as we prepare to hold our own Christmas parade and to gather in the same spirit of community, celebration, and peace that brought the Waukesha community together on Sunday. The City of Appleton has reached out to the City of Waukesha directly to offer our support and heartfelt condolences as they mourn. We also extend our condolences to members of our own community affected directly and indirectly by yesterday’s events.

"After careful consideration, the Appleton Parade Committee and the City of Appleton have decided to proceed with our 50th Downtown Appleton Christmas Parade. Participants and attendees, as in years past, will continue to see public safety personnel from the Appleton Police Department present on the route. The Parade Committee and the Police Department have worked collaboratively for years to provide safe gatherings for our community, and the Appleton Christmas Parade on November 23 will be no exception.

"The Parade Committee will feature a silent procession, which will occur immediately before the start of Appleton’s Christmas Parade, dedicated to the Waukesha community. The Committee asks that parade attendees join in a moment of silence for the victims and families as the procession passes by."

Children’s Wisconsin is helping treat 18 kids who were injured from the Waukesha Christmas Parade incident on Sunday. Among those 18 children are three sets of siblings.