MILWAUKEE -- The Milwaukee Common Council on Tuesday, July 7 passed a resolution urging the Fire and Police Commission to adopt standard operating procedures prohibiting certain types of restraints and holds such as chokeholds and strangleholds.

This, according to a news release from Alderwoman JoCasta Zamarripa, who introduced the legislation "in response to numerous events where individuals have lost their life as a result of being placed in a chokehold by police officers, including Joel Acevedo." 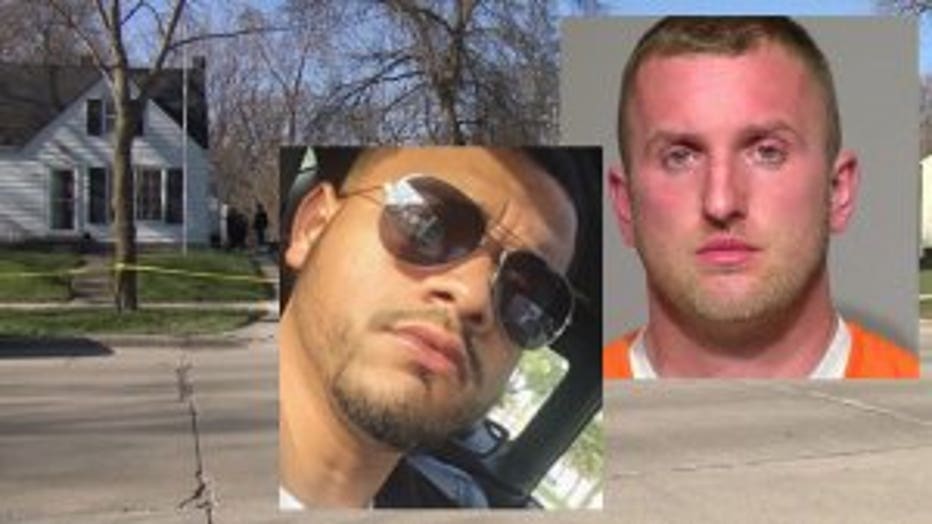 The 25-year-old died after an altercation at the home of off-duty Milwaukee Police Officer Michael Mattioli April 19. Mattioli, 32, faces a charge of first-degree reckless homicide. Court documents allege Mattioli held Acevedo to the ground in a "rear naked chokehold" after accusing Acevedo of stealing from him during a gathering at Mattioli's home near 45th Street and Cleveland.

“The incident that led to Joel Acevedo losing his life was tragic, and unfortunately is part of a systemic issue that impacts communities of color at a higher rate,” said Alderwoman Zamarripa in the release. “Chokeholds and strangleholds frequently result in death or serious injury, and even if the Milwaukee Police Department does not actively train these restraints, a formal policy banning them would be of great value to the community.”

Benjamin Crump, the attorney for the family of George Floyd, joined Acevedo's family's legal team ahead of Mattioli's initial court appearance on June 24 -- when cash bond was set at $50,000 -- an amount attorneys for Acevedo's family felt was too low. A preliminary hearing was scheduled for July 13. At that time, Acevedo's attorneys and loved ones calling for Mattioli's badge, and for body camera footage from responding officers and 911 calls to be released.

As of May 19, Milwaukee police turned over the Mattioli investigation to the Milwaukee Fire and Police Commission. It's the FPC that's responsible for terminating Mattioli's employment. Mattioli remains on paid suspension from MPD until the FPC makes a decision about his employment status.