Gator too cold to eat its fresh catch

An apparently cold-stunned alligator in Myakka State Park caught a large snook over the weekend, but then perhaps felt too chilly to eat its lunch, according to Venice resident Robin Austin, who captured photos of the massive reptile.

SARASOTA, Fla. - Only in Florida does a cold-blooded predator get too cold to eat.

Robin Austin of Venice was in Myakka State Park over the weekend when she and her husband came across a massive alligator with a large snook in its mouth.

Austin, who was born in raised in Everglades City, says she's seen a lot of gators in her lifetime -- but never one like this.

"The gator just laid there. He didn’t move the whole time I watched him and taking pictures. He never moved," she said. "I guess gator was cold. Caught this fish and kind of didn’t know what to do with him at the time." 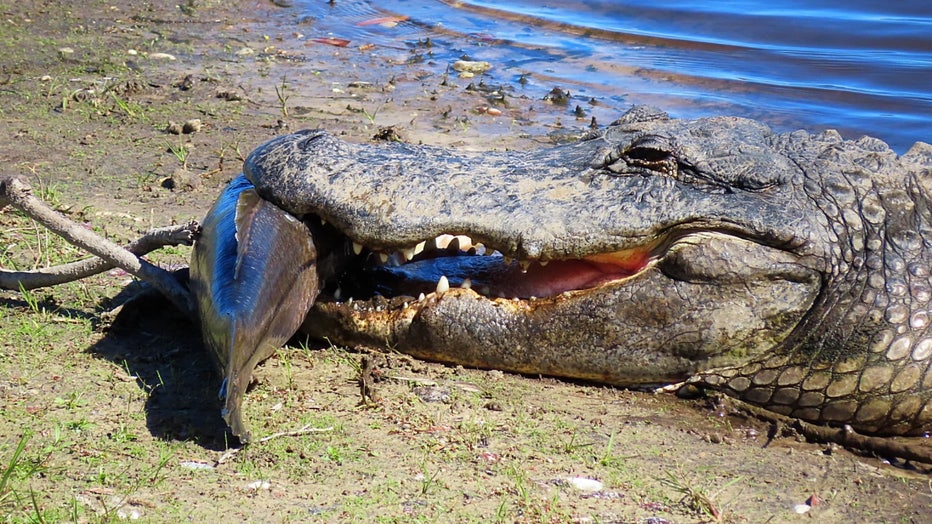 Austin estimates the snook was at least three feet in length.

"The fish of course never moved and he just laid there," she said.

As for the gator, Austin says she believes it was about 10 to 12 feet long. And while she has photographed larger alligators in Myakka state park, she's never seen one with a catch that large.