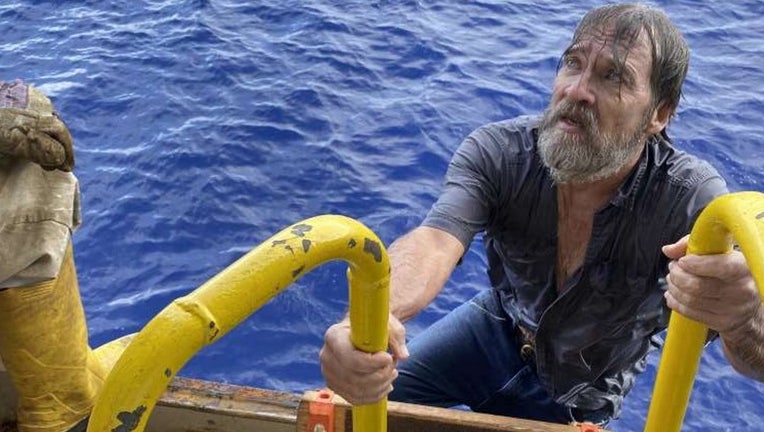 Courtesy: US Coast Guard/crew member aboard the m/v Angeles

CAPE CANAVERAL, Fla. - A 62-year-old boater who had been missing since Friday was found Sunday clinging to his capsized vessel off of Florida's Atlantic coastline, the U.S. Coast Guard said.

The agency had been searching for signs of Stuart Bee and his 32-foot boat since he was reported missing.

Bee left Port Canaveral on Friday, and was reported missing when he didn't return on Saturday.

A crew onboard the container ship Angeles spotted Bee some 86 miles off of Cape Canaveral on Sunday, the Coast Guard said in a Twitter post. 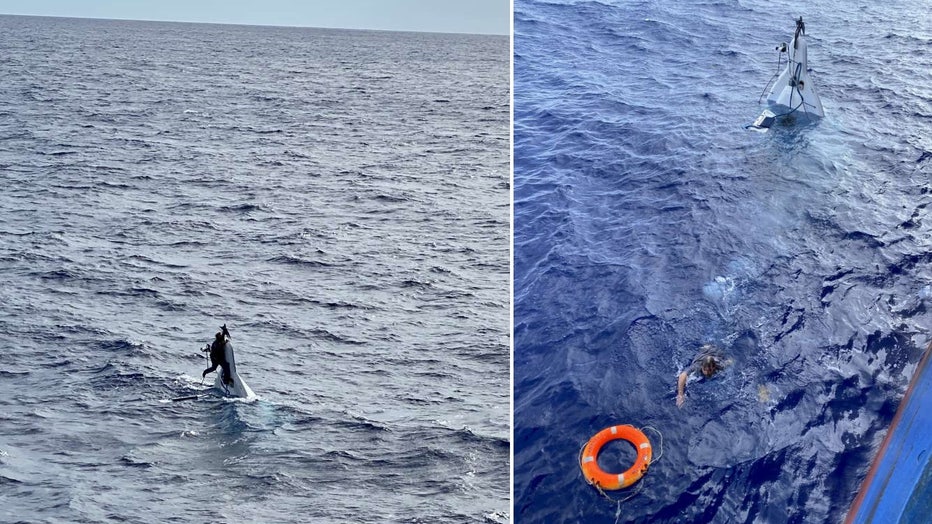 Courtesy: US Coast Guard/crew member aboard the m/v Angeles

Photos released by the Coast Guard showed Bee swimming from his sinking ship toward his rescuers and climbing aboard the container ship.

A Coast Guard helicopter crew flew to the Angeles to take Bee back to shore.