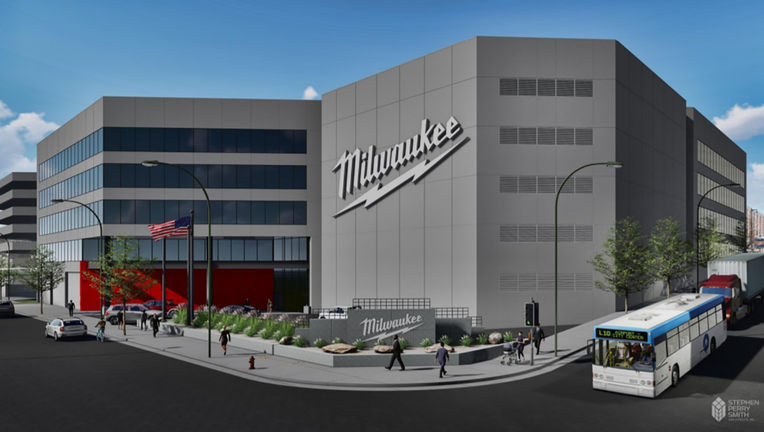 MILWAUKEE - The Milwaukee Common Council approved on Tuesday, May 4 a $20 million grant to a suburban-headquartered tool company to expand its corporate operations in the downtown core, bringing in a projected 1,200 employees over the next several years, and the prospect of more.

Milwaukee Tool is planning to acquire and renovate a vacant 350,000 sq. ft. office building at 501 W. Michigan. The Brookfield-based manufacturer is expected to spend at least $30 million on renovating the property, most recently occupied by Assurant in 2016, for 1,210 employees. The company may also add additional floors to the building for an additional 790 employees.

The initial $12.1 million grant, coming from funds generated through the tax incremental financing district, is intended for Milwaukee Tool to purchase and renovate the property, in an effort to attract jobs to the downtown area. A subsequent $7.9 million would be to cover further costs if Milwaukee Tool moves forward with expansion.

Milwaukee Tool estimates it will cost $33.3 million to improve the facade and renovate the interior of the building. The workers the company plans on hiring will have an average salary of $75,000. The company also estimates the downtown project will have an economic impact of $934.6 million a year, once complete, with expected growth of more than 2,600 jobs in the county, such as in the food and service industries.

"I want that economic activity in our city," said Mayor Tom Barrett in a letter to the common council last month supporting the resolution authorizing the plan. "Milwaukee Tool has shown remarkable growth in recent years through innovation and respected business practices. Its employees are paid well, and the pledge the company has made to pay service contractors a fifteen dollar per hour wage is backed up by its reputation as an honest enterprise."

Milwaukee Tool was started in Milwaukee by A.F. Siebert as Milwaukee Electric Tool Corporation on W. State in 1924. The company moved to Brookfield in 1965 and manufacturing facilities in Mississippi opened eight years later. Techtronic Industries purchased Milwaukee Tool in 2005.

The Metropolitan Milwaukee Association of Commerce Tuesday applauded the approval of the downtown project.

"The addition of more than 1,200 high-quality jobs with one of our region’s most dynamic and innovative employers represents a transformational opportunity for Milwaukee at such a critical time for our economy to continue its rebound," said MMAC President Tim Sheehy. "This partnership will benefit the entire region and sends a strong message that metro Milwaukee is open for business."

The Milwaukee project comes at a time of large growth for the company, which recently announced last month it was also investing $60 million to expand its Mississippi operations and pledged to create 1,200 jobs.

Vaccines are being administered via both walk-up and scheduled appointments.

A Badger 5 Lotto ticket worth $162,000 will go unclaimed if the winner does not come forward by the May 14, 2021 expiration date, Wisconsin Lottery officials announced.