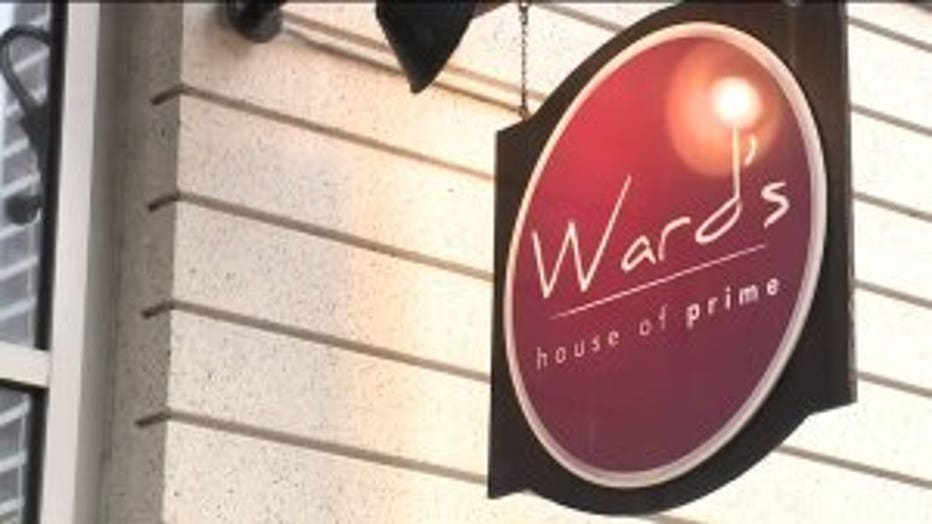 MILWAUKEE -- City leaders in Milwaukee on Monday, Nov. 12 spoke out ahead of possible state board action that could eliminate the food grading system in the city -- as did representatives with the Wisconsin Restaurant Association, who support the potential ban on letter grade placards at Milwaukee restaurants. This, as even some board members admitted the program is working.

Alderman Michael Murphy hosted a news conference at Ward's House of Prime with Mayor Tom Barrett, other Common Council members and representatives from the Milwaukee Health Department -- as well as business owners. At the restaurant, the food is great, service is top-notch and the kitchen is "Grade A" clean. 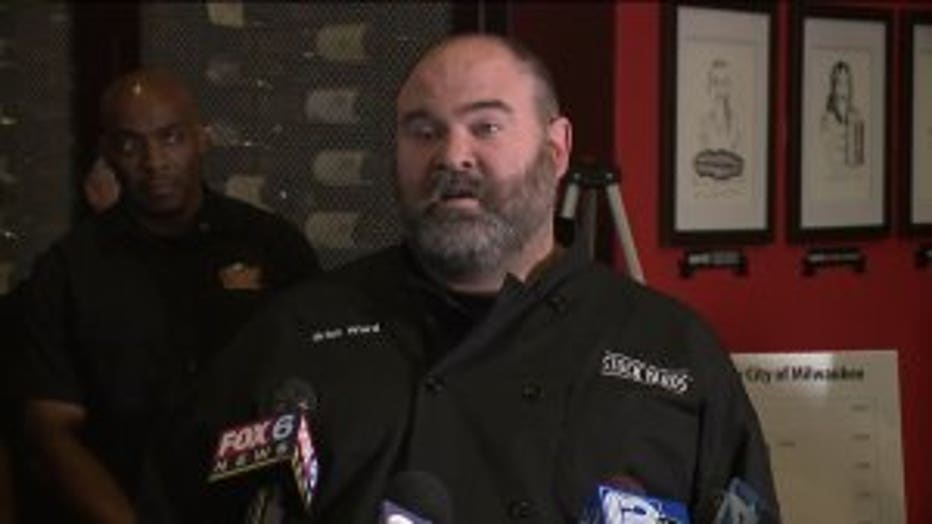 "We like to display that and show we are a clean place for people to come and eat," said Brian Ward, owner.

Ward was issued the sanitation grade by the Milwaukee Health Department in January, as part of a new program that would soon require the placards at all restaurants for customers to see -- with a low grade prompting a temporary closure.

Murphy has worked on the program from the beginning. He said there are already signs of success, with health code violations down year-to-date. 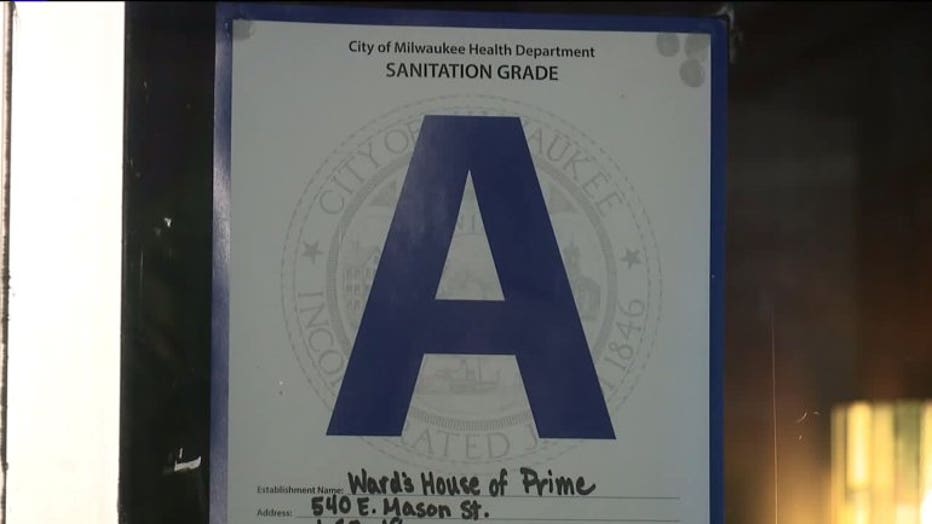 On Thursday, Nov. 15, the Wisconsin Board of Agriculture, Trade and Consumer Protection will vote on draft administrative rules recreating Wisconsin Administrative Code Chapter ATCP 75 to bring it into substantial accord with the U.S. Food and Drug Administration’s (FDA) 2013 Model Food Code. 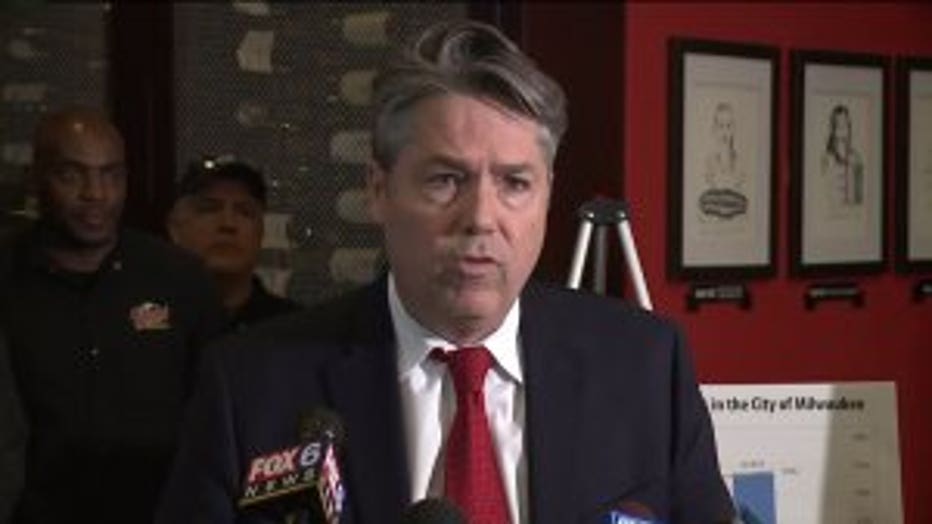 A news release from Alderman Murphy says the proposed draft includes language which prohibits the application of grades or scores to retail food establishments based on inspection reports.

“This (action by the board) would be state officials reaching in to Milwaukee and ending a food grading system that is not only popular with customers and the public, but also with restaurant and establishment owners. We feel strongly that our residents and millions of people who visit our city each year should have a clear way to understand the compliance of restaurants and other food establishments. Food grading puts clear and easy to access information in front of consumers, rather than require them to find and interpret technically complicated reports,” said Alderman Murphy in the release. 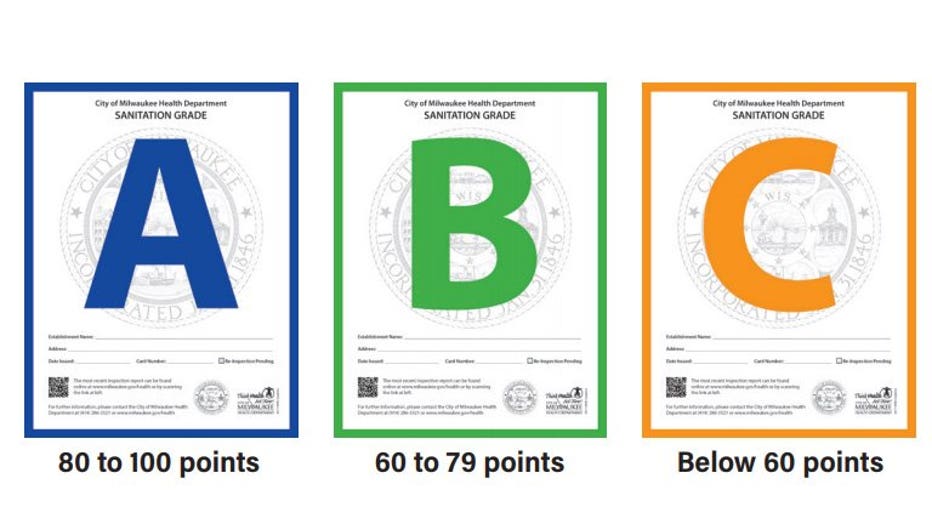 Milwaukee's grading system grades establishments based on the "Wisconsin Food Code," under which inspections are conducted and points are assigned to each violation. Establishments are awarded an “A” grade for a score of 80 points or more on a 100 point scale. Scores below 60 points result in a “C” grade, and may prompt temporary closure of an establishment if an imminent health hazard exists.

The Wisconsin Restaurant Association supports a ban on the placards, with officials believing a single letter grade can alter perceptions for the wrong reasons. The WRA issued this statement Monday:

"This Thursday, the Wisconsin Board of Agriculture, Trade and Consumer Protection (DATCP) will vote on draft administrative rules updating Wisconsin Administrative Code Chapter ATCP 75 to bring it into substantial accord with the US Food and Drug Administration’s (FDA) 2013 Model Food Code. The proposed draft includes language which prohibits the application of grades or scores to retail food establishments based on inspection reports.  This action would eliminate the City of Milwaukee’s current food grading system.

A single letter grade or score does not inform consumers about the nature of a risk at the restaurant and it can alter perceptions for the wrong reason. Grades and scores are not an accurate predictor of the likelihood of a foodborne illness outbreak in a restaurant.

The WRA does support a pass/fail system where a restaurant that poses a risk to the public is closed until the violations are corrected.

Inspection scores and letter grades are not the answer to ensuring public confidence in dining out. Identifying and understanding what the most important food safety principles are and which restaurants comply with those principles helps the consumer feel confident in their dining choices.

WRA realizes consumers have a keen interest in food safety and want to be able to access public records relating to restaurant inspections.

WRA supports initiatives that both educate the public and ensure confidence in the safety of dining out and believes that providing searchable online databases is a reasonable and effective solution.  These databases are currently available in every area of the state with the exception of two agent jurisdictions.

WRA is also an active participant at the National Conference for Food Protection. The Conference makes recommendations to the Food and Drug Administration for updates and additions to the FDA Model Food Code, which is what the Wisconsin Food Code is based on.

WRA believes that for any public information initiative to be successful, consumer education is key for success.  Food safety is complex and science-based.  There’s a lot of misinformation and misunderstanding as far as public perceptions of food safety.

"As someone who sits on the board, I do what is best for my restaurant and for the area. I think what is best for the restaurants in Milwaukee is to work with the Health Department and really provide that safe environment," said Ward.

The program was established with the help of a $350,000 FDA grant and an additional $140,000 in taxpayer funds. There's no additional cost going forward.