MILWAUKEE -- Chris Larson and David Crowley are the top two vote-getters in the primary election for Milwaukee County executive -- and earn the right to advance to the April general election with 93% of precincts reporting.

Larson and Crowley beat out Theodore Lipscomb and Purnima Nath -- who finished third and fourth respectively. 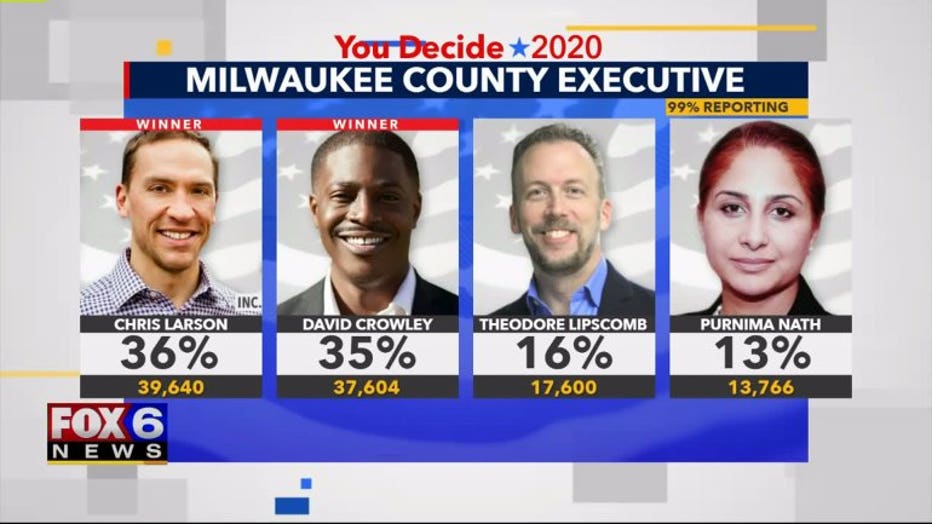 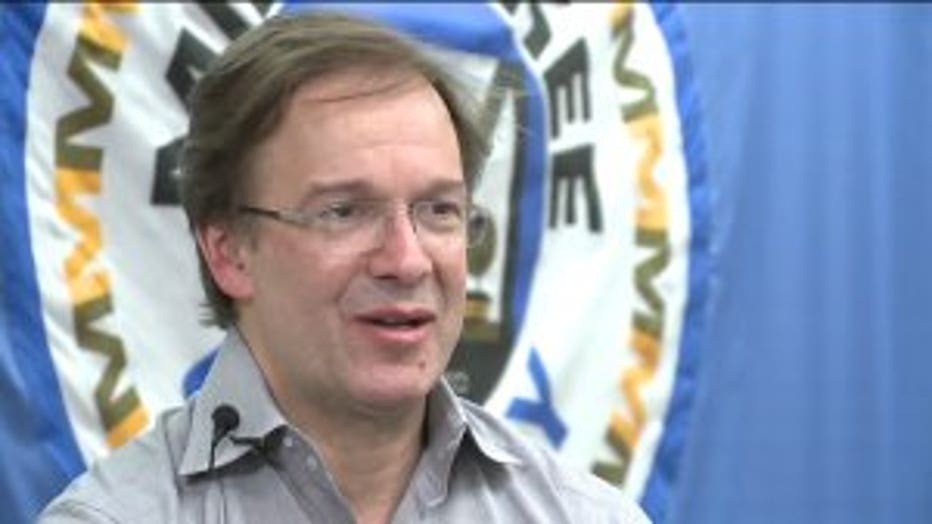 Current Milwaukee County Executive Chris Abele announced in October 2019 that he would not be seeking reelection. Abele told FOX6 News part of the decision was personal. Abele said in October he just got married -- and was looking forward to spending time with his wife and three daughters. Abele said the politics of the position also played a role in his decision -- so has the "State versus Milwaukee" attitude.

The spring general election and presidential primary are set for Tuesday, April 7.