There’s no meat in that meat.

Fans of Mexican food that also want to go meat-free will soon have a new option. This announcement is just the latest example of a major restaurant chain adding more meat-free options to its menu.

Chipotle announced that is testing out plant-based chorizo at locations in Denver and Indianapolis. In a press release, the company stated that this is the first plant-based protein option that’s been added to the menu since 2014.

Chris Brandt, Chief Marketing Officer for Chipotle, said, "Plant-based lifestyles have continued to accelerate in popularity, and as a longtime leader in the category, we are exploring ways to give more variety to our fans. We used real ingredients to create a plant-based protein with a deep, rich Chorizo flavor that can be enjoyed by everyone." 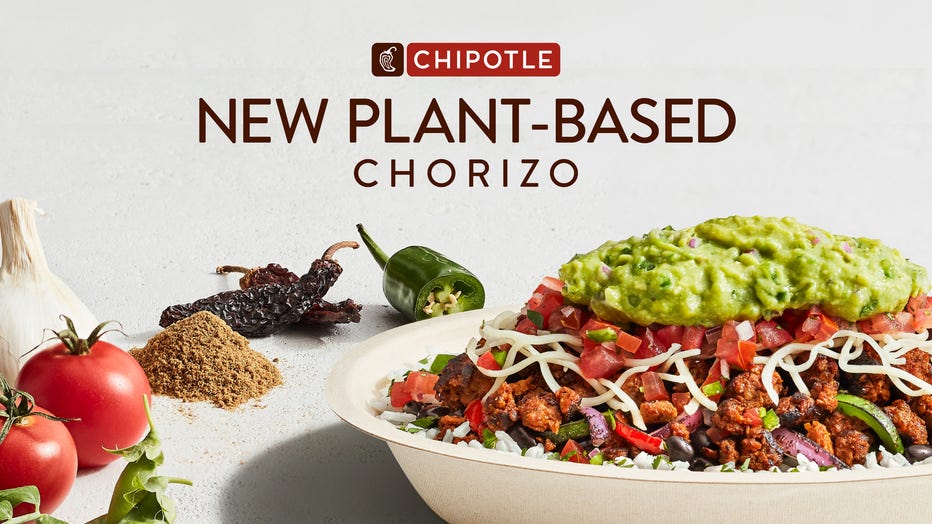 Chipotle’s new Plant-Based Chorizo has the deep rich flavor of Chorizo and is made with ingredients grown on a farm, not in a lab.

According to the press release, the new chorizo is made with farm-grown ingredients that include chili, Chipotle peppers, tomato paste, crushed garlic, paprika and olive oil. The protein is sourced from freshly grown peas.

The chorizo is also certified vegan and is being promoted as an option for both customers that are living a completely meat-free lifestyle and others that are just looking for more plant-based options.

Since 2019, Chipotle has added five new items to its menu after testing them out in individual markets. These items include a hand-crafted quesadilla, carne asada, a cilantro lime cauliflower rice, a supergreens salad mix and queso blanco.

Chipotle will make a decision about adding the plant-based chorizo to its menu after analyzing customer feedback from the testing process.