CHICAGO -- Chicago Mayor Lori Lightfoot on Monday, July 27 announced Wisconsin "is going to go on our quarantine list later this week," noting concerns about the spread of COVID-19 in surrounding states. That means anyone traveling from Wisconsin to Chicago, including Chicago residents returning from travel in Wisconsin, will be asked to self-quarantine for for 14 days. 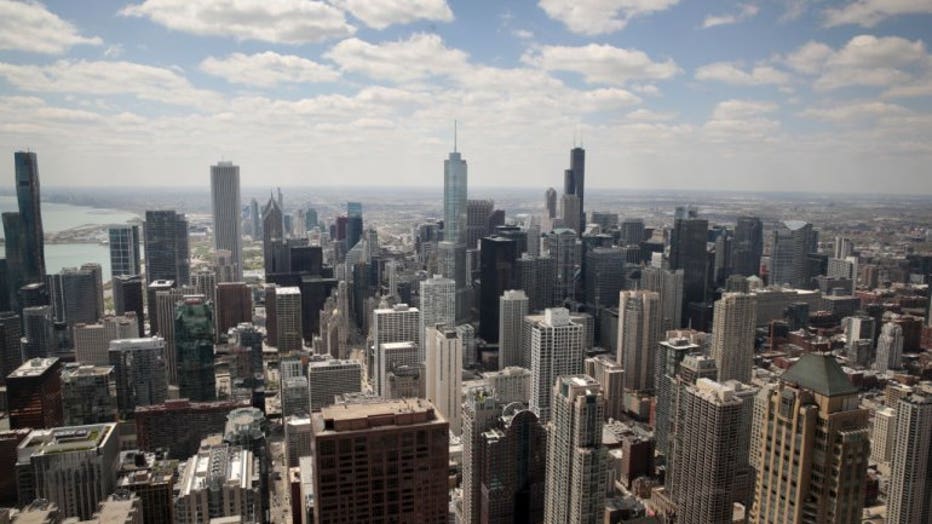 Wisconsin will become the 19th state added to the list; the announcement, made during a news conference regarding $33 million in rental and mortgage assistance available for Chicago residents impacted by COVID-19. There, Mayor Lightfoot was asked to respond to a letter sent by a group of physicians "asking that the entire country shut down to reset and start over."

While Mayor Lightfoot said she "understands the sentiment," she said that, "In Chicago, we are doing well because we are extremely prudent. When we started to open up, we didn't go as large with capacity, for example, as other areas of the country, so what we're seeing, particularly with areas across the south through the southwest and onto California, really having significant struggles now because many of those communities took a much different approach than the one that Chicago took. We're also seeing an increase in states around us."

On Tuesday, July 21, Wisconsin set a single-day record for new positive cases, and the state recorded the highest daily case count of all its Midwestern neighbors, exceeding Illinois' 955, Minnesota's 352, Iowa's 512 and Michigan's 573. 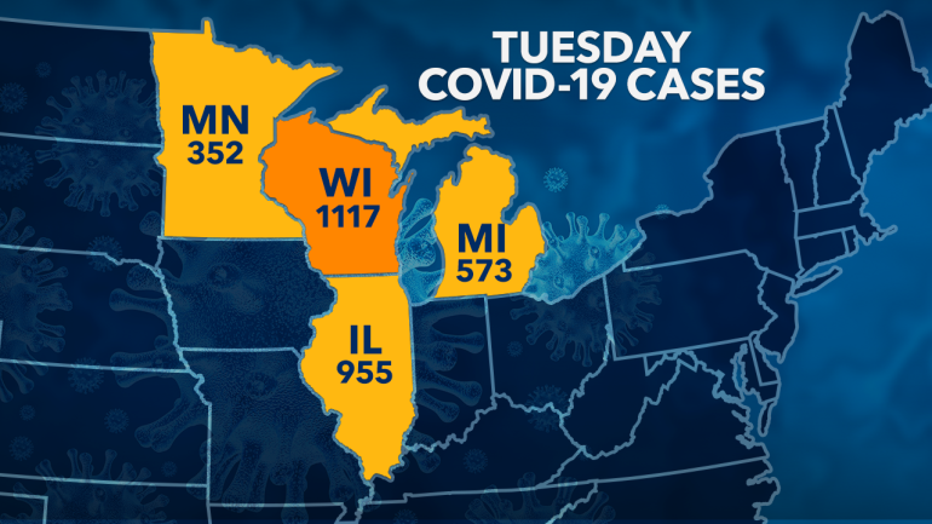 While Mayor Lightfoot said measures like this have slowed transmission of the virus, some in Lake Geneva on Monday believe the move is unnecessary.

Gage said he's concerned by Mayor Lightfoot's decision to add Wisconsin to the list. He runs Lake Geneva Cruise Line and Pier 290 Restaurant, and said a large amount of business the city receives comes from the Chicago market.

"It's still certainly been a challenge since we've been reopened," Gage said. "It's very damaging to very specific businesses, so anyone in hospitality and tourism is highly impacted by that."

It's something he fears could now take another hit.

"It's surprising," said Gage. "I feel like we are at a time now, four-plus months into this, where we should be building bridges, not walls." 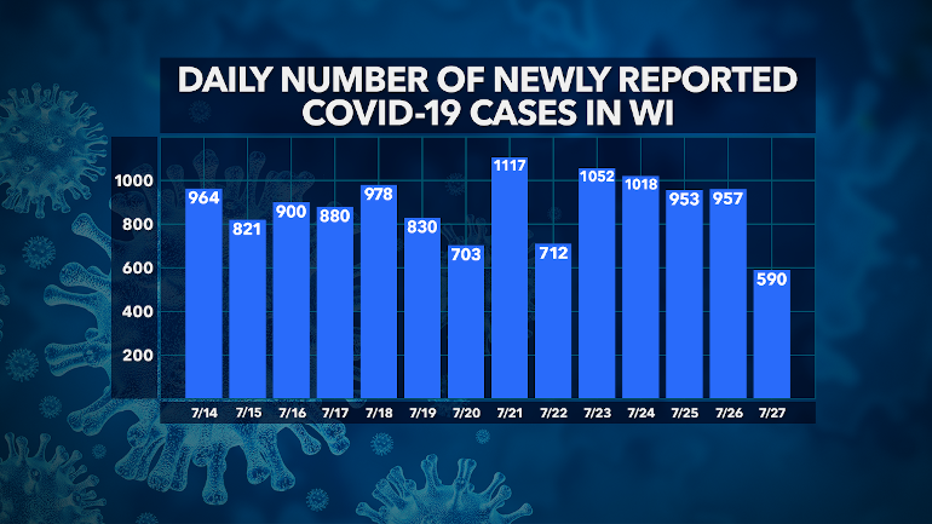 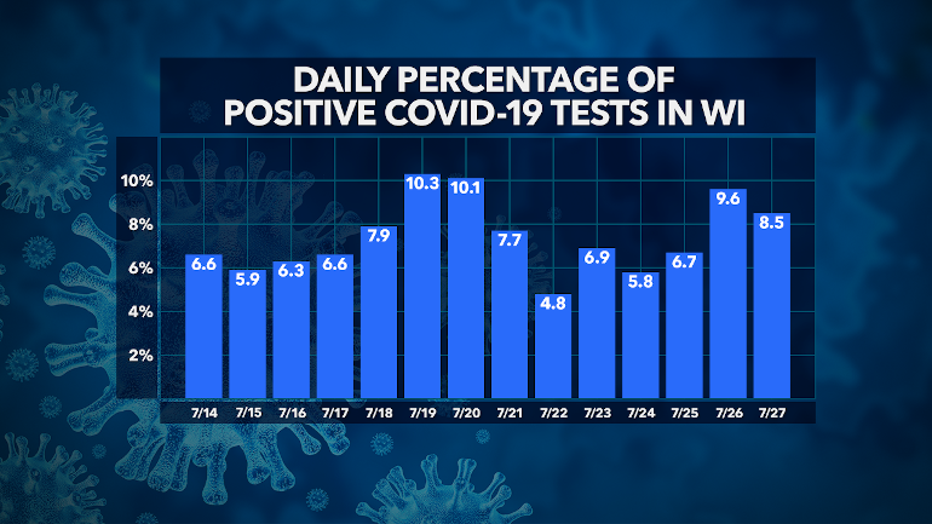 The Emergency Travel Order directing people entering or returning to Chicago from states experiencing a surge in new COVID-19 cases to self-quarantine for a 14-day period was issued in Chicago on Thursday, July 2. It went into effect on Monday, July 6.

As of Monday, July 27, the city's website did not list a start date for the Wisconsin quarantine requirement:

CLICK HERE for more data on COVID-19 in Illinois.