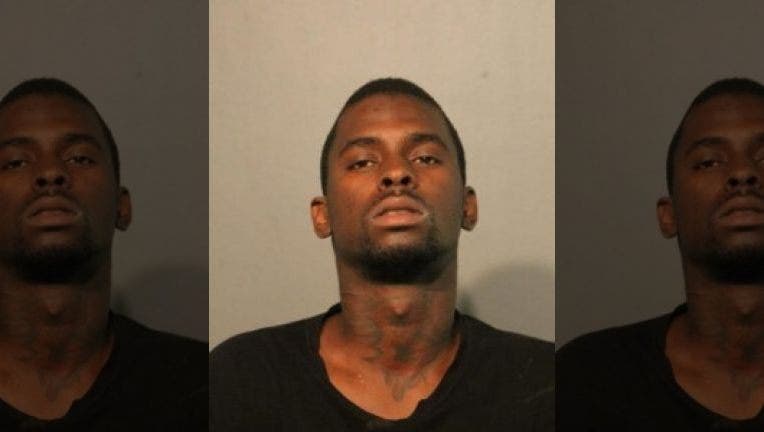 CHICAGO -- A Chicago man was ordered held without bail Sunday, July 19 on charges he shot three people in Old Town, including a 5-month-old boy who was riding in a stroller.

Teantun Davis, 21, is charged with three counts of aggravated battery with a firearm and one count of unlawful use of a weapon by a felon in the shooting Thursday evening in the 1300 block of North Hudson, according to the Cook County state’s attorney’s office.

During his bail hearing, prosecutors allege that Davis got out of the backseat of a red Hyundai SUV and fired 14 shots at two men who were eating.

One of the bullets ultimately struck a 5-month-old boy who was sitting in a stroller about 100 feet away, prosecutors said. He suffered a gunshot wound near his eye and was rushed to Lurie Children’s Hospital, where his condition was stabilized.

Someone called 911 and provided police with a description of the Hyundai and its license plate number, prosecutors said. About 10 minutes later, police saw the Hyundai traveling south on Lake Shore Drive.

Prosecutors said the SUV then crashed in a parking lot near the 3900 block of South Wentworth Avenue, where Davis and another passenger were taken into custody after a short chase.

Officers said they saw Davis toss a handgun and a black sweatshirt as he ran, according to prosecutors, who said the shell casings at the scene of the shooting match the weapon. Another gun, which was reported stolen in September 2018, was found in the driver’s side of the SUV.

Davis’s attorney, Steve Greenberg, said his client wasn’t wearing the clothing seen in the surveillance video, and that he was not the shooter.

While Davis is currently on probation for a 2019 conviction for aggravated unlawful use of a weapon, Greenberg claimed he has no history of violence or motive for the shooting. In arguing that Davis should be granted bail in the new case, Greenberg acknowledged that his client would still be held in custody for violating his probation.