MILWAUKEE -- Rashad Hampton, 23, and Cassandra Holmes, 21, have been charged with a variety of counts after their 2-year-old son got a hold of a gun and shot himself in the hand on June 2. The toddler was brought to the hospital on June 4, according to the complaint. 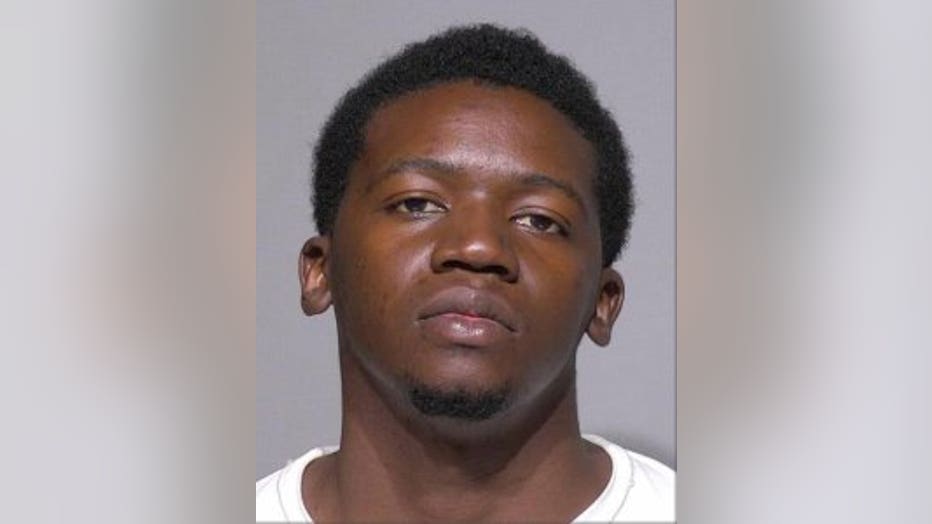 Hampton is charged with the following counts:

Hampton is a convicted felon and all four charges could bring extra jail time.

Holmes is charged with the following:

These charges stem from a series of events that unfolded after 2 p.m. on Tuesday, June 2.

Milwaukee police were called to an area north of Hampton Avenue on Lover's Lane Road for a report of shots fired in the afternoon of June 2. A neighbor said a bullet penetrated her ceiling. An investigation found that the bullet's trajectory had come from Holmes' apartment, according to the complaint.

A welfare check at Holmes' residence was performed, yet no one answered. The apartment door was unlocked and police found blood on the walls and floor, according to the complaint.

Holmes said she was at work when she got a phone call from Hampton saying the toddler had shot himself while he was watching him and their younger child. Shortly thereafter, police called Holmes and informed her of her unlocked apartment with blood in the residence.

En route to meet police, Holmes spoke with Hampton who said he was in the bathroom when the toddler got a gun out of his bag and shot himself in the hand. He also sent her a text message saying he was sorry, however, Holmes deleted the message, according to the complaint.

Holmes told police that she and Hampton are no longer in a relationship, but he watches their two children when she is at work.

According to the complaint, she said Hampton had told her "he messed up," but that she didn't know what that meant. Holmes allegedly told police that Hampton had "gotten into in with someone named Bub and that a gun had gone off."

A critically missing report was issued for Hampton after their interview with Holmes.

Holmes reportedly located her children and spent the night with family. She said Hampton called her on June 3 to let her know he was being arrested, according to the complaint.

In an interview with police, Hampton told police that he had been robbed inside Holmes' apartment. According to the complaint, he said someone came over to "buy a chain" and pulled a gun on him. Hampton said the gun had gone off when he headbutted the alleged assailant and caused his nose to bleed. He had asked his mother to come get the two children he was watching and that he didn't want to press charges because "he is from the streets and doesn't snitch on people."

According to police, Holmes said that she cared for her son's wound, but a friend finally convinced her to take the child to the hospital on June 4 after the wound started to get worse.

Holmes was questioned as to why it took two days for her to bring her son in for treatment for a gunshot wound. She said she didn't want her children to be taken away and that multiple family members had told her to take the toddler to the hospital.

On June 5, Hampton was questioned again with pictures of the toddler's injuries. He allegedly told police that he had no idea how he had gotten hurt. According to police, Hampton then changed his story and admitted to lying to police. He told police he lied because he didn't want to go back to jail.

Hampton said he didn't call an ambulance because he knew how to tend to gunshot wounds. He also noted he knew he had a warrant out for his arrest, according to the complaint.

Hampton admitted to police that his 2-year-old son shot himself with the gun in his hand, according to the complaint.

According to the complaint, Hampton then took the bag with the gun in it and dropped it in an alley near 17th Street and North Avenue and yelled to people in the area that "there's a gun in that bag, come get it" and drove away.

Hampton is due in court on June 18 for his preliminary hearing.

Holmes is expected in court for hers on July 22.