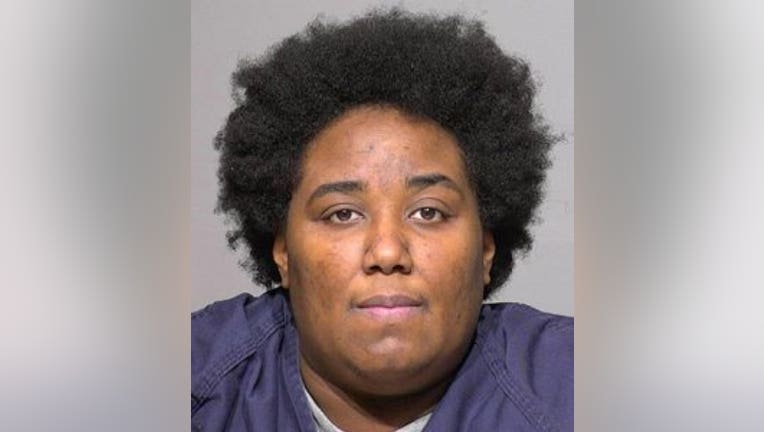 MILWAUKEE -- A 32-year-old Milwaukee woman faces a single felony charge of chronic neglect of a child -- consequence is great bodily harm. The accused is Shantoria Williams.

According to the criminal complaint, Milwaukee firefighters were dispatched to a home near 37th and Lloyd just before midnight on March 29 in response to a 911 call for an unresponsive infant. When firefighters arrived on the scene, they saw Williams holding a 3-month-old infant and attempting CPR, the complaint says. She indicated the child was eating just 15 minutes prior to her calling 911.

The complaint indicates firefighters performed a medical assessment and found the infant "appeared dehydrated and extremely malnourished." The complaint goes on to say there "were scratches and bruises to (the infant's) face, and what appeared to be a burn to (the infant's) upper left ear." About 12:20 a.m. on March 30, despite lifesaving efforts, the child was pronounced deceased.

The complaint indicates about two weeks prior to the infant's death, a maintenance work visited Williams' residence. He noticed the furnace was out, was concerned for the children inside the residence, and decided to perform a welfare check. The complaint says the maintenance worker "noticed the stove was on and being used to heat the residence. The toilet was overflowing with feces. The bathroom floor was covered with excrement." When the maintenance worker talked with Williams, he "informed her she needed to get up and clean the residence. There was a baby in the residence that was crying uncontrollably. Despite this, Shantoria Williams did not move to attend to the baby," the complaint says. The worker was so troubled by what he saw, he contacted the property manager.

When questioned by police after the child's death, the complaint says Williams claimed she fed the infant a bottle the night she called 911. However, she "was confronted with the fact that both bottles located in the house contained curdled formula." The complaint says Williams "also denied knowing how the bruises were inflicted on (the infant's) face." She told police the child looked "sickly" for a couple of weeks -- but "did not seek medical attention for (the child)."

Williams has already made her initial appearance in court -- and waived her right to a preliminary hearing. She is due back in court on Tuesday, April 21 to enter a plea to the charge against her.