MEQUON -- A Mequon man is now charged with homicide by negligent operation of a vehicle -- months after a crash that killed a 56-year-old man in the Town of Cedarburg. The accused is 19-year-old Adam Gertz -- and there is a warrant issued for his arrest.

The crash happened on July 3 at the intersection of Granville Road and Washington Avenue (County NN). Officials with the Ozaukee County Sheriff’s Office said Gertz was headed north on Granville when he failed to stop for the stop sign at Washinton Avenue. His vehicle struck a vehicle being driven by Glenn Lewis. Lewis’ vehicle then struck Wier Financial, a nearby business. Lewis later died from his injuries. 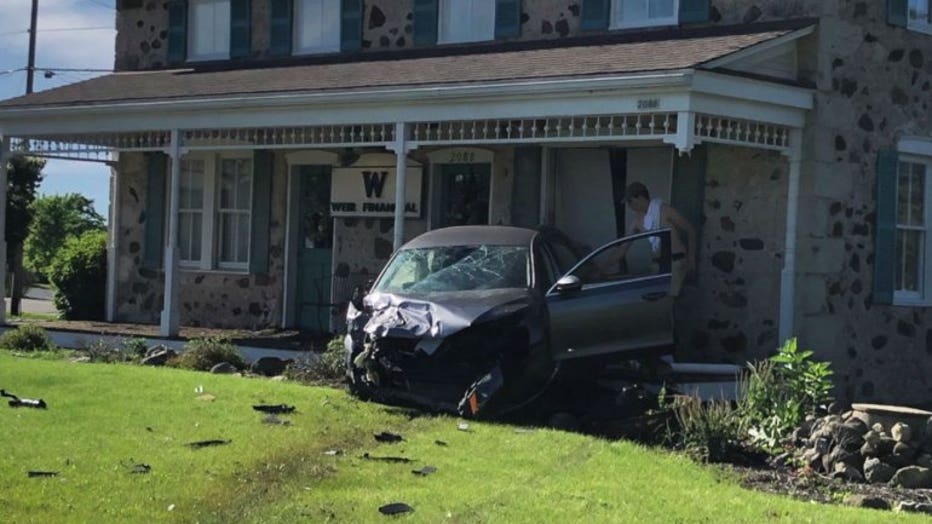 Investigators spoke with that passenger who "believed that Gertz was traveling fast."

According to the criminal complaint against Gertz, the Ozaukee County Sheriff's Office "Facebook page received a number of comments, one of which purported to be from an acquaintance of the passenger in the car and related that before the crash, Gertz had referenced the stop sign saying: 'no cop, no stop.'" Investigators spoke with that passenger who "believed that Gertz was traveling fast." She told police "Gertz indicated that he was aware of the stop sign and made some comment to her of the effect of: 'I am not going to stop for that,' meaning the stop sign ahead."

Sheriff's detectives followed up on another Facebook comment from a man who lives near where the collision happened. He told authorities he "observed a vehicle traveling at a high rate of speed which (he) believed was too fast for the nearby stop that (he) knew the car would be approaching."

"...at the time of the crash, Gertz's vehicle was traveling somewhere between 49 and 53 mph."

It wasn't until Dec. 16 that the Ozaukee County Sheriff's Office received the results of speed calculations by the Wisconsin State Patrol from their accident reconstruction. The complaint says "at the time of the crash, Gertz's vehicle was traveling somewhere between 49 and 53 mph."

The homicide charge and arrest warrant for Gertz were issued on Monday, Dec. 23.