MILWAUKEE -- Emergency managers call it a game changer.  A national warning system that can reach you no matter where you are.  The key to the system is probably in your purse or pocket right now, but there is a good chance you don't even know it's there.

It's the time of year when more of us spend time outside.  And for generations, the only way to get an emergency warning outside was to hope you were within ear shot of a siren. 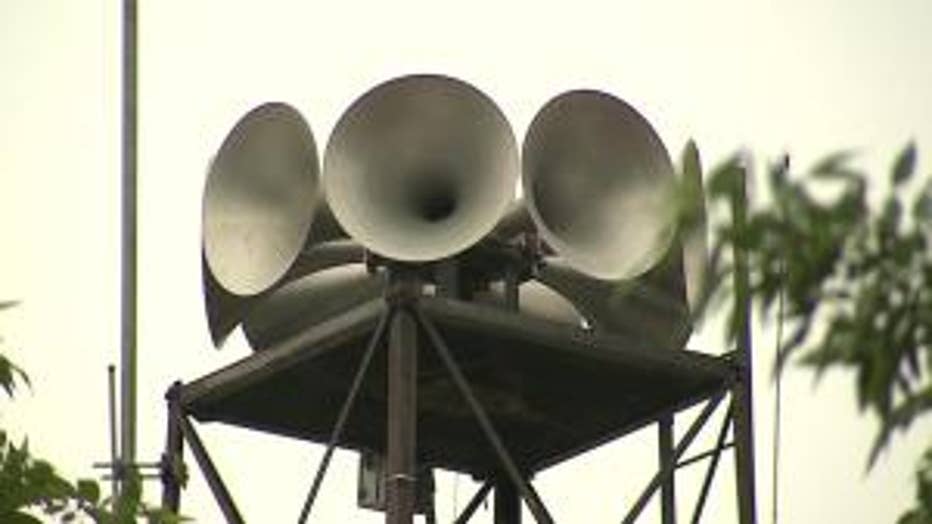 "If you think about it they are 1950's atomic bomb type technology. It really does not tell you a lot," said Tod Pritchard, Emergency Preparedness Coordinator for Wisconsin Emergency Management.

"I think it is totally going to change the way we get information," Pritchard said.

It's a dramatic extension of a national warning system that for decades has relied on radio and television to alert the public to life-threatening hazards.

The Emergency Broadcast System was created 50 years ago under the Kennedy Administration as a way for the president to reach the American people in a time of national crisis.  But no presidential alert has ever been issued.  Not even on 9-11.

Instead, the Emergency Broadcast System - now known as the Emergency Alert System - is primarily used for weather emergencies.  And those are most common during the warmer months, when you may be nowhere near a television or radio.  U-S Cellular data specialist Steve Juckem says that made wireless alerts a no brainer.

"'The wireless cell phone devices are the common denominator that everyone carries."

Unlike weather apps or text alerts that  you can sign up for on your own, Wireless 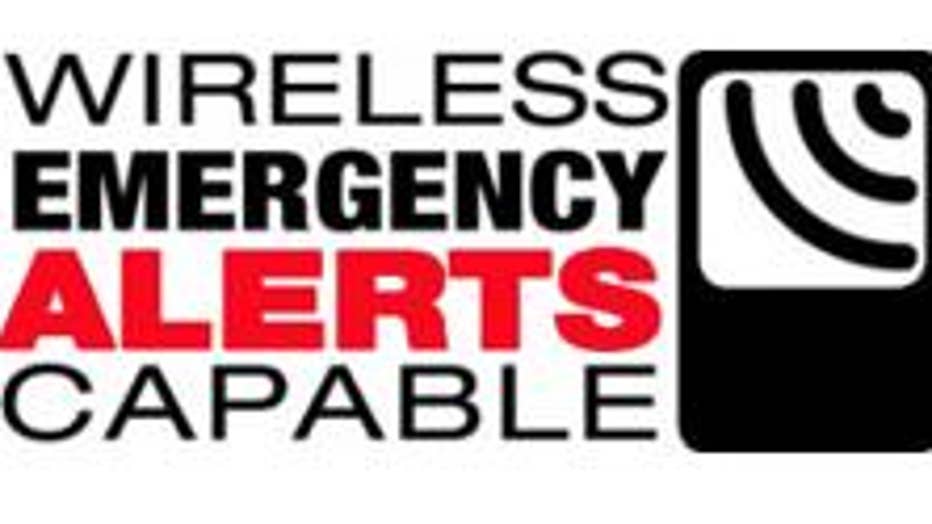 New phones that are compatible with the WEA system will have this logo on the box.

Emergency Alerts are official messages from the government that come automatically to newer-model cell phones.  The jarring tone and distinct cadence of vibrations sets them apart from a regular text message.

"This is really a bell-ringer that says, hey there`s something going on," said Damon Penn, spokesman for the Federal Emergency Management Agency.  "You need to tune to your local radio and television to get more information."

Emergency officials credit the new system for saving lives during the recent outbreak of tornadoes in Oklahoma.  After the Boston Marathon bombing, officials issued wireless alerts to warn residents to  shelter-in-place as the search for the bombers escalated.   And in Minneapolis, a 15-year old girl who received an amber alert on her cell phone helped lead police to an 8 month-old baby that had been kidnapped.

"911 followed the call," Penn said.  "Actually got to the house where the child was being kept, caught the perpetrators as they were dying the child`s hair."

FEMA and the FCC spent more than 100-million dollars developing the system, which has been operational for a full year.  Still, we found many people in Southeastern Wisconsin still don't know it exists.  Out of a dozen cell phone users we asked in parks, at ballgames and on jogging trails, only one had ever received such an alert.  Most had never heard of them.

"People don`t realize the technology is there and is literally sitting on their cell phone, in their pockets," Pritchard said.

That's why FEMA and the FCC recently launched a public service campaign to spread the word about the new cell phone alerts. 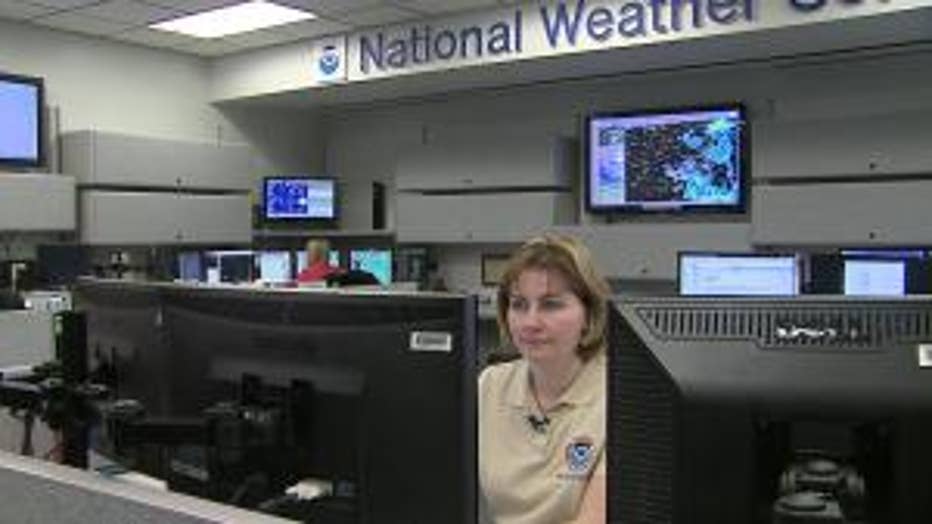 The National Weather Service is one of the select list of authorized government agencies that can send Wireless Emergency Alerts through FEMA, which sends the message to your cell phone carrier. The carrier then sends the alert to cell towers in the

"We really don`t want people to get these and be startled by them," Penn said.

Wireless Emergency Alerts can only be triggered by a select list of authorized government originators, like Wisconsin Emergency Management or the National Weather Service.

"We ask them to consider three things before they send the message," Penn said.  "First of all, that it's urgent.  That it has adequate severity.  And that theres a level of certainty.  Because we want to make sure we don't over-alert the public." 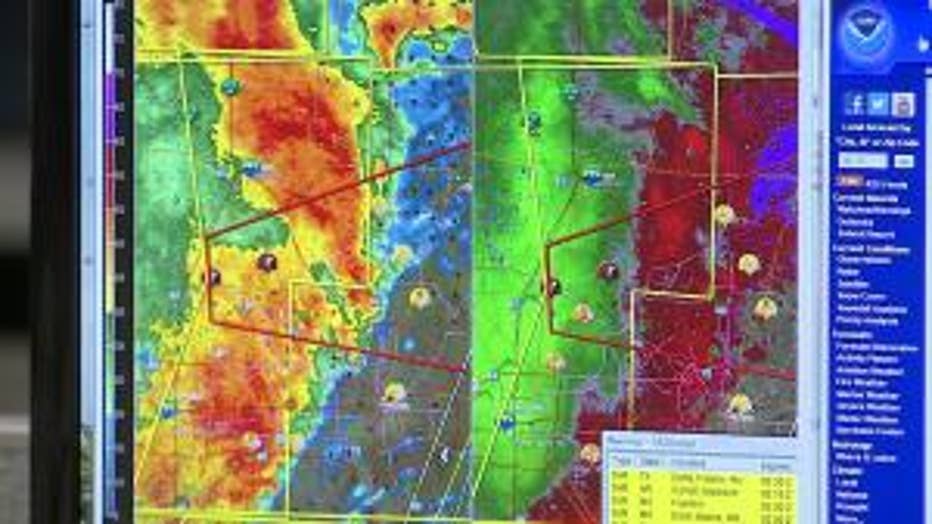 That hasn't been a problem in Southeastern Wisconsin, where the system has gone largely unused.
"There really isn't a way to test the system until it actually would happen," said Marcia Cronce, a meteorologist with the National Weather Service in Sullivan, Wisconsin.

According to Cronce, they only issue wireless alerts for extreme weather events such as flash floods, blizzards, and tornadoes.  And we haven't had a single tornado in southeastern Wisconsin since the new system came online last summer.

"We have not issued a tornado warning in almost two years," Cronce said.

At least, they haven't issued one on purpose.

"When they had a accidental tornado warning, recently, it went off," said a mom who spoke to FOX 6 News while playing with her kids at a park in Waukesha.

In March, the National Weather Service office in Sullivan accidentally sent out a live tornado warning instead of a test.

"It kind of frightened me a little bit," the mom recalls. 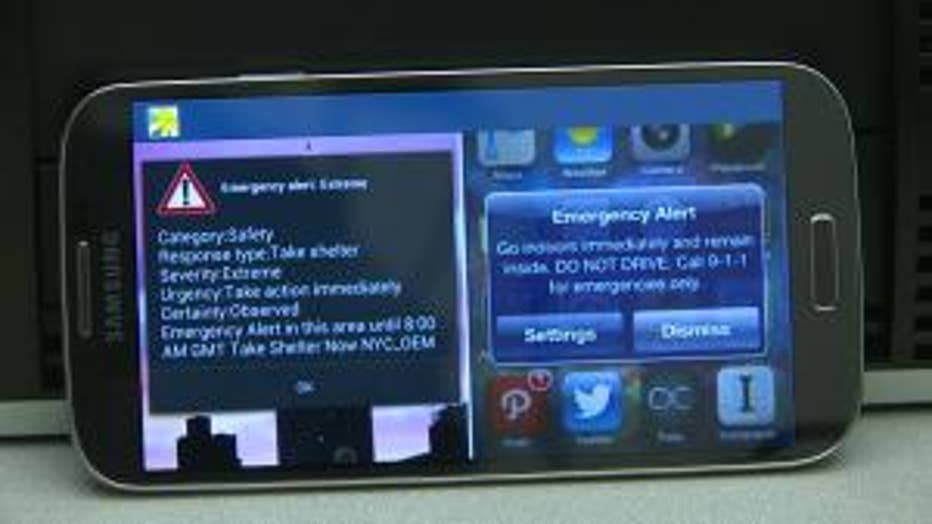 On many phones, the new alerts look like partially-transparent text over your phone's background. They look like text messages, but do not count against your text or data plan.

For many cell phone users, it was the first time they'd ever heard the new emergency tones.

"It was quite loud, we were in the basement doing home school.  Like a really loud 'errr errr,' you know."

"So, the one that inadvertently went out actually acted as a test for tornado warnings for the people in our area," Cronce explains.

Just two months before that, the National Weather Service issued a blizzard warning for Southeastern Wisconsin. But that warning was issued 24-hours in advance of the storm.  At 4 o'clock in the morning.

"That is when we got some angry phone calls."

Cell phone providers do give users the option to 'opt out' of most alerts.

"Some people may see it as an annoyance to receive an alert at an odd hour of the day or they may just choose not to receive those alerts," said Juckem.  "But we do give them the option of disabling some of the ."

And that's a concern for federal officials who fear users will be turned off by the emergency messages.

"The biggest risk we have now, I think is, you send too many alerts.  And people don't pay them any attention anymore," said Penn.  "You get what I call the car alarm system.  Car alarm goes off, everybody's worried about silencing the thing instead of figuring out if there's a car theft in progress."

The alerts are free. 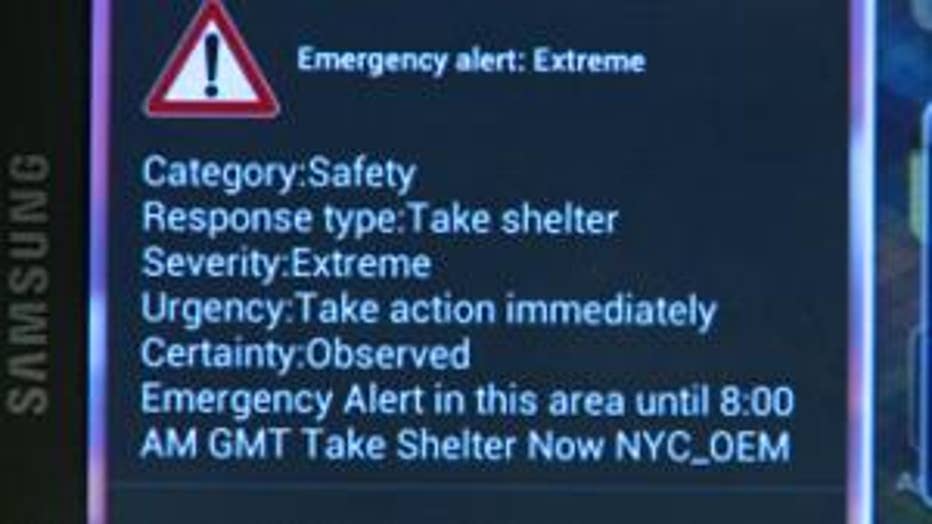 They will not count against any text message or data plan.

They will not interrupt a phone call. If you're on a call when an alert is issued, you won't get it until you hang up the call.

The alerts do work even if your phone is in silent mode, something many phone owners have discovered the hard way when an alert was issued in the middle of the night.

Not all phones can receive the new alerts.  Most newer model phones do.  However, cell phone carriers are adding more WEA-capable phones all the time.  Federal officials hope that within the next couple of years, all mobile phones will be WEA-capable.

To find out if your phone gets them, check with your carrier: