MILWAUKEE -- One day after the Milwaukee County Medical Examiner's Office indicated it is investigating 16 probable heroin intoxication deaths occurring in a week -- the CDC has released a report on the use of heroin in the United States.

Heroin use has increased across the United States among men and women, most age groups, and all income levels.

The greatest increases have occurred in groups with historically lower rates of heroin use, including women and people with private insurance and higher incomes. In addition, nearly all people who use heroin also use multiple other substances, according to the latest Vital Signs report from the Centers for Disease Control and Prevention (CDC) and the Food and Drug Administration (FDA). The report also finds the strongest risk factor for a heroin use disorder is a prescription opioid use disorder.

As heroin use increases, more people are dying from heroin overdoses. Heroin-involved overdose deaths nearly doubled between 2011 and 2013; more than 8,200 people died in 2013 alone. 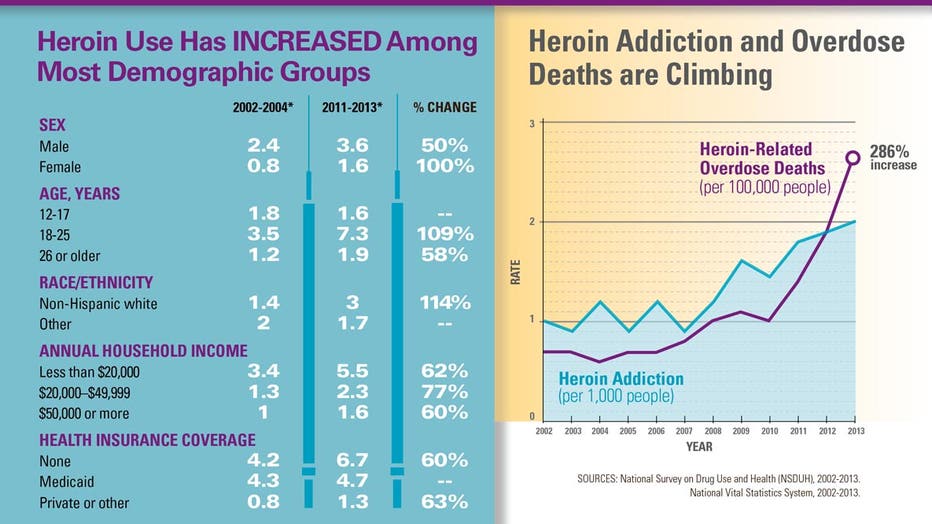 “Heroin use is increasing at an alarming rate in many parts of society, driven by both the prescription opioid epidemic and cheaper, more available heroin,” said CDC Director Tom Frieden, M.D., M.P.H. “To reverse this trend we need an all-of-society response – to improve opioid prescribing practices to prevent addiction, expand access to effective treatment for those who are addicted, increase use of naloxone to reverse overdoses, and work with law enforcement partners like DEA to reduce the supply of heroin.”

For this Vital Signs report, FDA and CDC analyzed data from the 2002-2013 National Survey on Drug Use and Health, sponsored by the Substance Abuse and Mental Health Services Administration and the National Vital Statistics System. Heroin trends among demographic and substance-using groups were compared for 2002-2004, 2005-2007, 2008-2010, and 2011-2013. Characteristics associated with heroin use disorders were identified through multivariable logistic regression analysis. 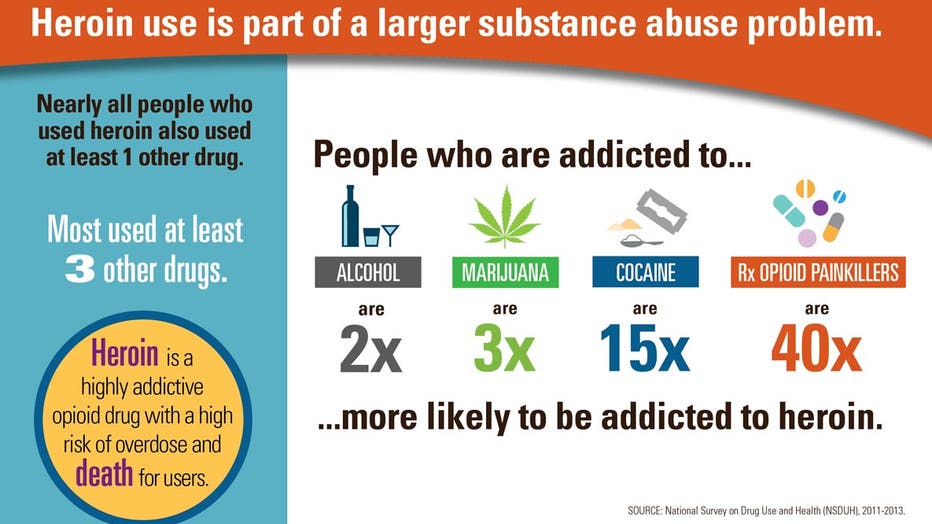 “Approximately 120 people die each day in the United States of a drug overdose,” said DEA Acting Administrator Chuck Rosenberg. “The CDC’s Vital Signs illustrates two significant factors partly fueling that alarming number – the misuse of prescription drugs and a related increase in heroin use. We will continue to target the criminal gangs that supply heroin, and we will work to educate folks about the dangers and to reduce demand. In this way, we hope to complement the crucial efforts of the CDC and our nation’s public health agencies.”

These key findings highlight the need for a comprehensive response that addresses the growing number of demographic groups using heroin along with multiple other drugs and should be considered in the development and implementation of prevention policies.

"We are working with federal, state and local partners to increase access to effective treatment, while reducing overdoses and other consequences of the opioid epidemic, including the spread of Hepatitis C and HIV," said Michael Botticelli, director of National Drug Control Policy. "It is not enough to simply reverse overdoses. We must also connect overdose victims and people struggling with prescription drug and heroin use disorders to treatment facilities and doctors that offer medication-assisted treatment."

States play a central role in addressing and helping to reverse the heroin epidemic; states can: 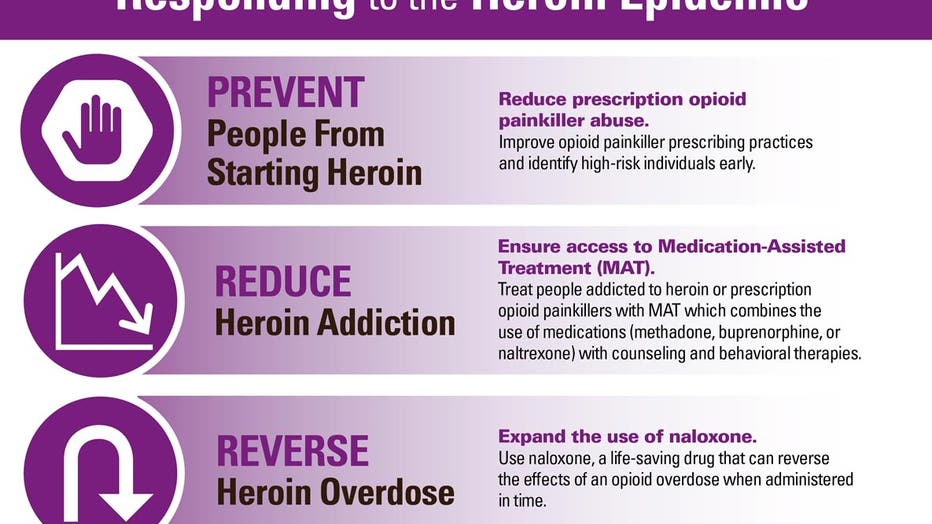 Health and Human Services Secretary Sylvia M. Burwell has made addressing opioid abuse, dependence, and overdose a priority and work is underway within HHS on this important issue. The evidence-based initiative focuses on three promising areas: informing opioid prescribing practices, increasing the use of naloxone - a drug that reverses symptoms of a drug overdose, and using medication-assisted treatment to slowly move people out of opioid addiction. The Obama administration is also committed to tackling the prescription drug and heroin epidemic by proposing significant investments to intensify efforts to reduce opioid misuse and abuse.