The death of a woman who received the single-dose Johnson & Johnson vaccine is under investigation by federal health authorities as part of a broader probe into potential "adverse side effects" from the vaccine.

Virginia State Vaccination Coordinator Danny Avula released a statement on Tuesday that confirmed the March death is being investigated by the Centers for Disease Control and Prevention over a potential link to the vaccine. 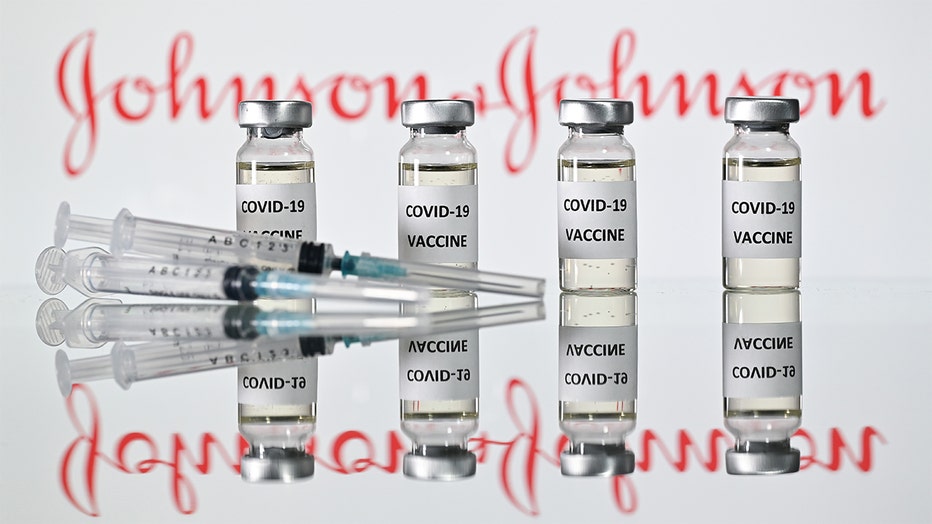 An illustration picture shows vials with Covid-19 Vaccine stickers attached and syringes with the logo of US pharmaceutical company Johnson & Johnson. (Photo by JUSTIN TALLIS/AFP via Getty Images)

Federal health agencies on Tuesday called for a pause on administering the Johnson & Johnson vaccine to dig deeper into reports from six women between the ages of 18 and 48 who said they fell ill with a "a rare and severe type of blood clot" – as described by the CDC – within two weeks of receiving the vaccine. Only one woman has died so far.

Nearly 7 million doses of the vaccine were administered in the U.S.

The CDC is set to convene a meeting on Wednesday to review the cases.

In a statement, Johnson & Johnson acknowledged that the health and safety of people who use its products is its number one priority.