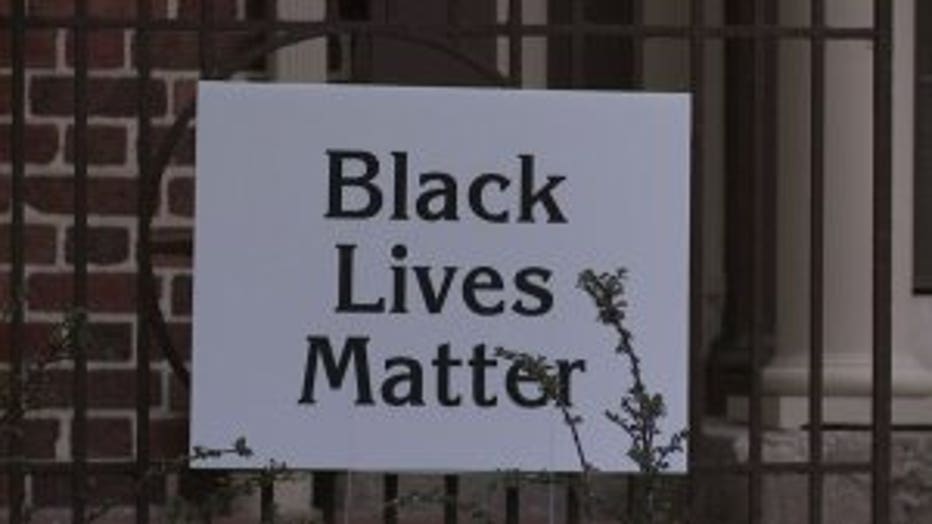 SHOREWOOD -- Shorewood police need your help identifying a person who has been trespassing and vandalizing signs that someone has paid for and placed on their own property.

The most recent incident was caught on camera at a home in the northeast area of Shorewood. It happened around 11:00 p.m. on Monday, May 22nd. The man in the video trespasses on property and defaces four “Black Lives Matter” signs that were placed there by the resident.

Officials said this incident wasn't the first time this has occurred, and similar occurrences have happened at other homes in Shorewood since early April.

The Shorewood Police Department issued the following statement on Facebook on Tuesday:

"Everyone has the right to freedom of opinion and expression. This right includes freedom to hold opinions without interference and to seek, receive and communicate information and ideas through any media and regardless of frontiers.

Whether or not you agree or disagree with the message on a sign, a person does not have a right to trespass and destroy or vandalize it. This type of response to disagreement with a statement, political candidate, or other message undermines the very fabric of principles of which our nation is founded on. The cost of the sign is petty compared to the damage done by interfering with ones right to express their opinion on their own property." 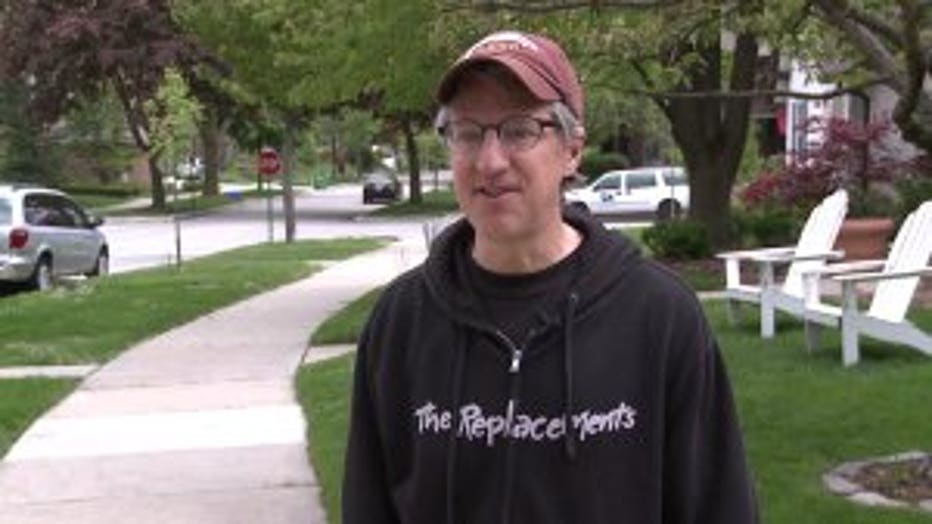 Charles Carlson expressed his support for the "Black Lives Matter" movement with a sign after hearing about an African-American couple being told to leave Shorewood.

"To let people know that we are a welcoming community. Racism is not accepted in our community," said Carlson.

Carlson put up one sign in November, and it was stolen April 1st. 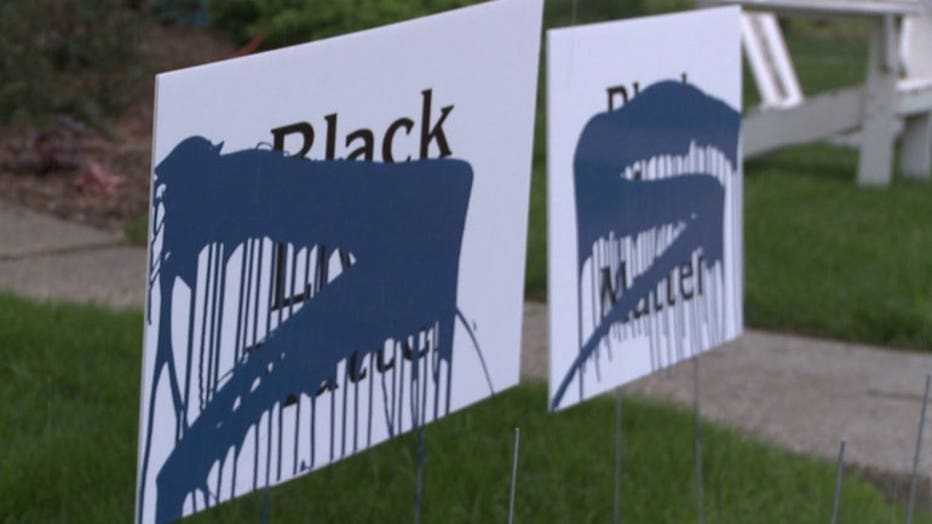 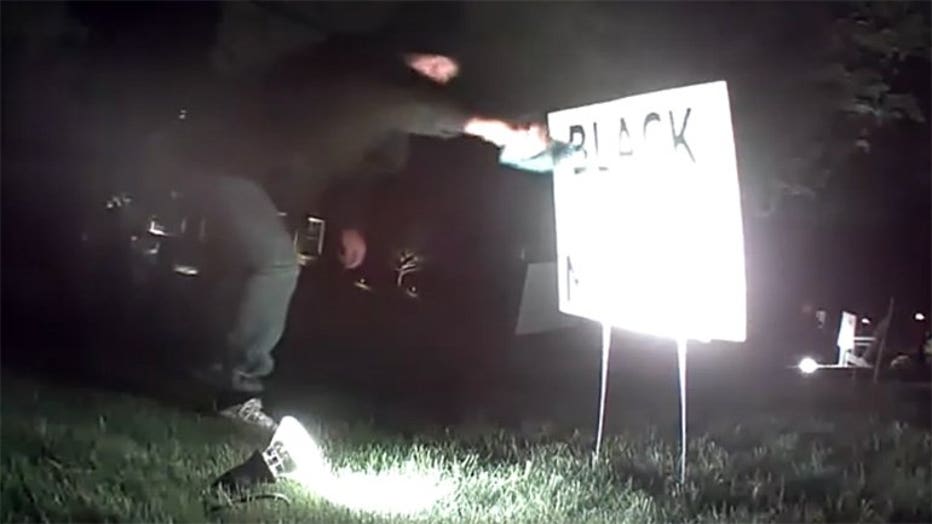 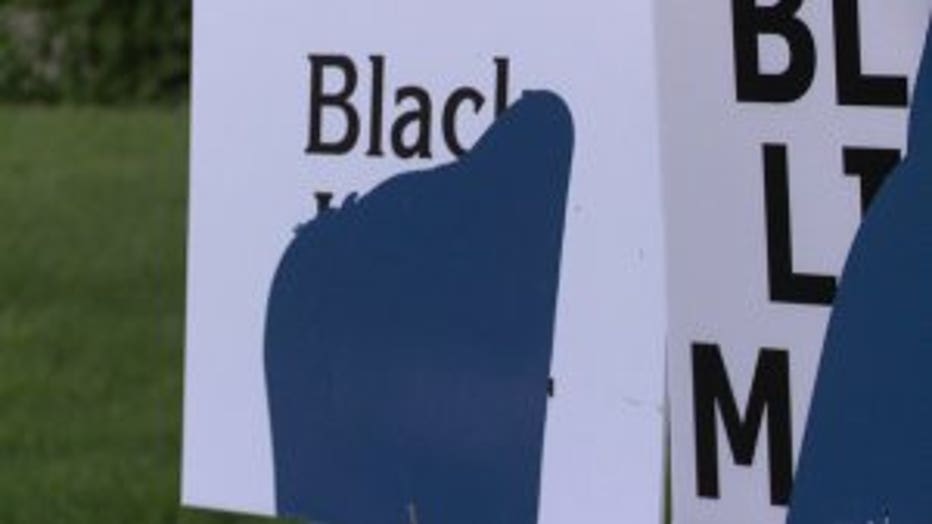 "I found out less than one minute after the person did it. I discovered they had done it, and I ran outside to look for them, but could not find them," said Carlson.

The video shows the person splashing something on the signs, jumping from one to the next. It was blue paint being splattered all across the front of the signs.

"It's been disheartening to see this happen," said Carlson.

Denielle Beilfuss lives nearby. She, too, has put up political yard signs during elections. 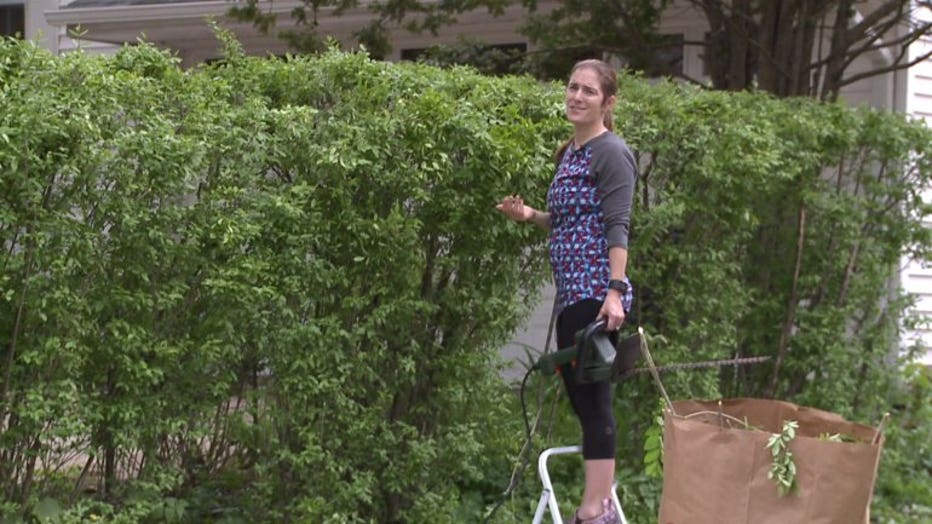 "We've had them vandalized. We've had some where they were knocked over and there's a footprint on it and we've had people leave bags of dog poop right by it. It's just frustrating that people go through that effort to do that," Beilfuss said.

Carlson sayid he's leaving the defaced sign up for a few days, and adding another because he wants to use this opportunity as a teaching moment.

"My hope is that it continues a dialogue and that more people understand that the 'Black Lives Matter' movement is a positive movement for positive change," Carlson said.

Carlson said the recent vandalism has also shown him how many good people there are in the neighborhood, as many have stopped by to encourage him to leave the signs up.

If you recognize the suspect caught on camera in this case, or have any other information about those who may be involved, you are urged to contact the Shorewood Police Department. You can remain anonymous.