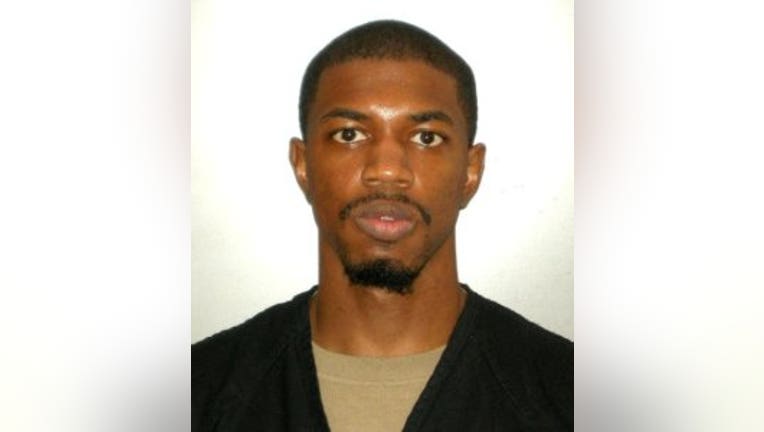 MILWAUKEE -- The second of three men accused in a vehicle theft case had state charges against him dismissed on Monday, June 10.

A jury trial was scheduled to begin Monday for Davonte Harris, 26, of Milwaukee, charged with possession of a firearm by a person convicted of a felony and felony bail jumping. However, according to online court records, the state was not ready to proceed, and the defense moved to dismiss the case. The court ordered the case, filed in November 2017, dismissed without prejudice.

In February 2017, Harris was charged with escape -- criminal arrest after authorities said Harris, an inmate at the Marshall Sherrer Correctional Center, walked away from a work release site in January 2017.

Harris was serving a prison sentence for a 2012 New Year’s Eve armed robbery at a strip mall on Capitol Drive. The victim had a concealed carry permit, and the two exchanged gunfire. Harris nearly lost his life. He had earned the privilege to move from a maximum security prison to a minimum security center on work release, but in January 2017, he pushed his luck yet again. Just weeks before he was to be out on parole, he escaped from his job site. Harris was taken into custody after a vehicle pursuit and brief foot chase in November.

He pleaded guilty to the escape charge on Monday, June 10, and was sentenced to serve four months in the House of Correction.

Kaine Thomas, 23, of Milwaukee faces one count of drive or operate a vehicle without consent and one count of vehicle operator flee/elude officer in the vehicle thefts case. He was in court Monday, June 10 for a scheduling conference.

Kent Thomas, 26, of Milwaukee faced one count of possession of a firearm by a person convicted of a felony, habitual criminality repeater. Online court records showed the case was dismissed by the court without prejudice on May 16, 2018 "based on representation of counsel." In early May 2018, a jury trial date became a status conference date due to an indictment.

According to prosecutors, on Nov. 5, 2017, a 63-year-old woman told police she had been carjacked along N. 18th Street in Milwaukee. She said a man in a mask fired a shot at the sidewalk. The bullet ricocheted off the ground and hit her in the chin. The suspect then drove off in her SUV.

The next day, two Milwaukee police officers were one step ahead of the bad guys while on duty. Prosecutors said the officers spotted the stolen SUV along W. Sheridan Avenue. Nobody was in the vehicle -- and the officers let the air out of the tires and then waited for the suspects to return.

Four people got into the SUV and started to drive off. Police turned on their lights and sirens. Instead of pulling over though, the driver tried to accelerate, blowing through a stop sign at W. Silver Spring Drive. Because the tires were deflated, that's as far as the SUV got -- fish-tailing into the median.

Officers arrested the four suspects and recovered two guns at the scene. 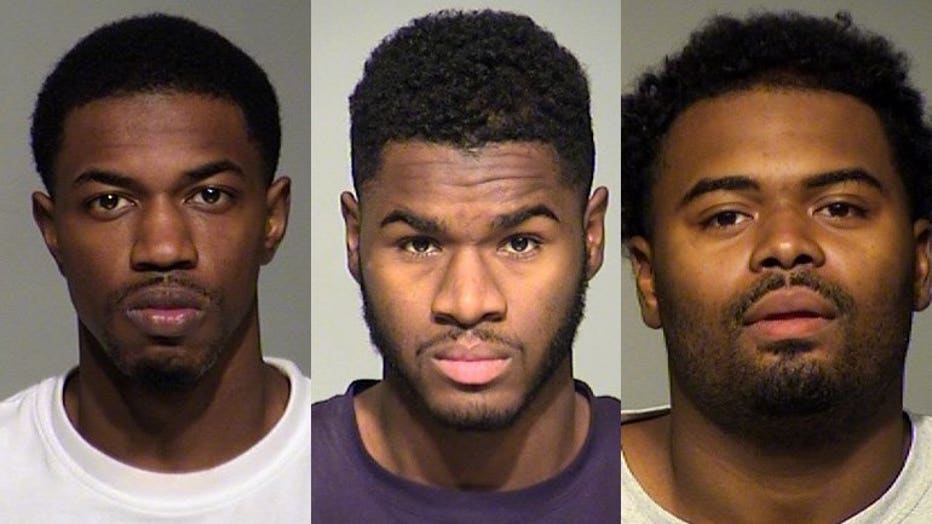 The criminal complaint said one of the guns recovered was the same weapon used in the armed robbery of the SUV on N. 18th Street.