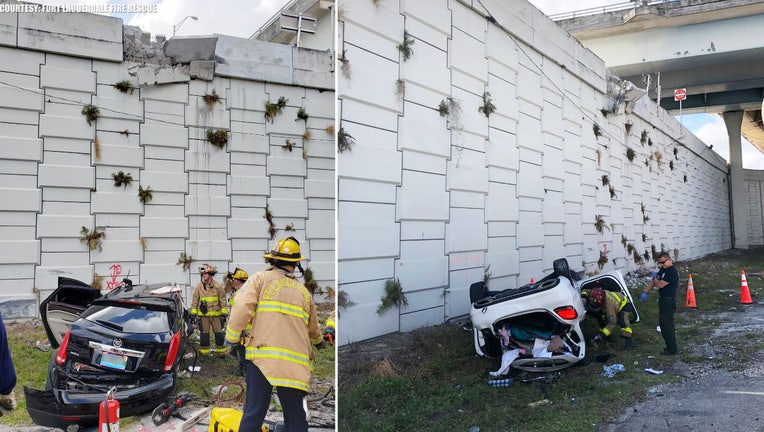 FORT LAUDERDALE, Fla. - A driver in South Florida drove her car off a highway entrance ramp -- in the exact same spot where another driver's SUV fell off the road the previous day.

WSVN reports the accidents both happened on an Interstate 95 entrance ramp in Fort Lauderdale near State Road 84.

The first crash happened Saturday afternoon around 3:30 p.m. when a Cadillac SUV hit the wall on the elevated ramp and landed on the highway shoulder below. 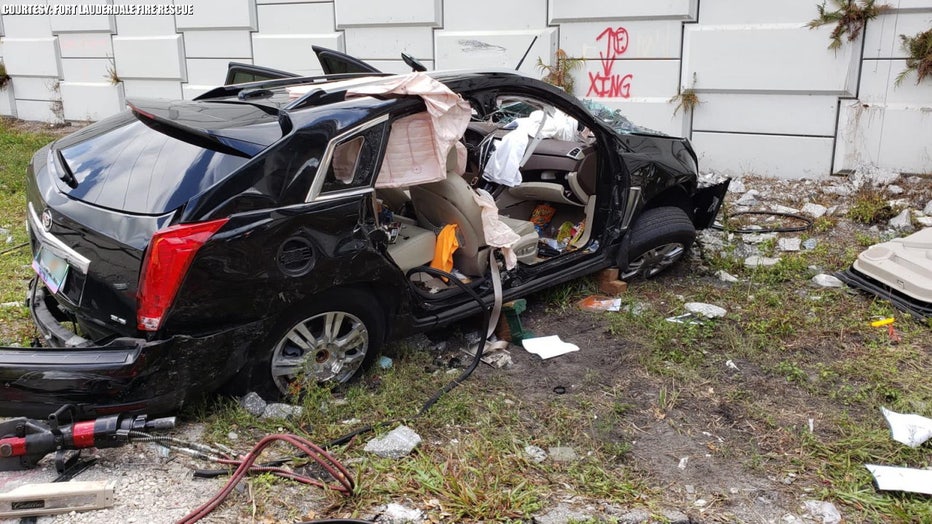 The Florida Highway Patrol and Fort Lauderdale Fire Rescue responded to the scene, pulling two men out of the badly damaged vehicle. Both victims were transported to a nearby hospital as trauma alerts. 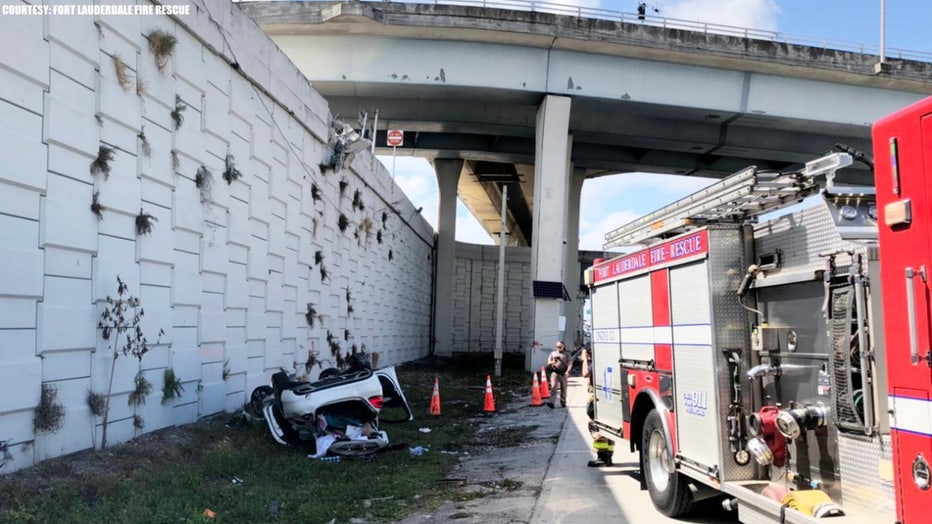 RELATED: ‘This was amazing’: No injuries after two planes collide midair over Colorado

Investigators said the driver of a white sedan went through the same wall that had just been repaired from the previous day's crash. The accident happened around 3:45 p.m. Sunday, sending the vehicle plummeting to the ground and landing on its roof.

Paramedics transported the woman to the hospital with serious but non-life-threatening injuries.