The U.S. Coast Guard said efforts are underway to refloat a 1,000-foot container vessel that ran aground in the Maryland portion of the Chesapeake Bay.

BALTIMORE - Efforts were underway Monday to refloat a container vessel that ran aground in the Maryland portion of the Chesapeake Bay, the U.S. Coast Guard said.

There were no reports of injuries, pollution or damage to the 1,000-foot ship, which grounded Sunday evening, the agency said.

The ship, called the Ever Forward, also isn't obstructing traffic in a nearby navigational channel. But nearby ships are reducing their speed and taking other precautions. 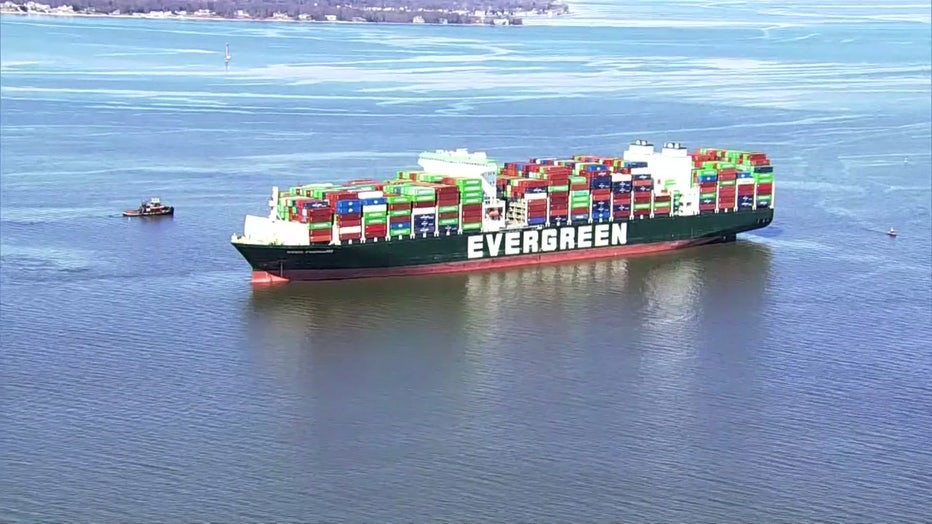 The Baltimore Sun reported that the ship had left the Port of Baltimore on Sunday and was headed for Norfolk, Virginia, where port terminals serve the Port of Virginia.

The vessel is part of a fleet of cargo ships owned by Taiwan-based Evergreen Marine Corp. The newspaper reported that Evergreen Marine also owns the Ever Given, which became stuck in the Suez Canal in 2021 and caused problems for global shipping.

© 2022 The Associated Press. All rights reserved. This material may not be published, broadcast, rewritten or redistributed.