According to police, 10 students were on the bus when the crash happened around 7 p.m.

Officials with Durham said four or five of those 10 students were taken to the hospital by their parents. None had life-threatening injuries.

A third vehicle was bumped by the initial collision.

The scene was cleared shortly after 9 p.m. The second vehicle and driver did stay on the scene.

An investigation was underway to determine the cause of the crash. 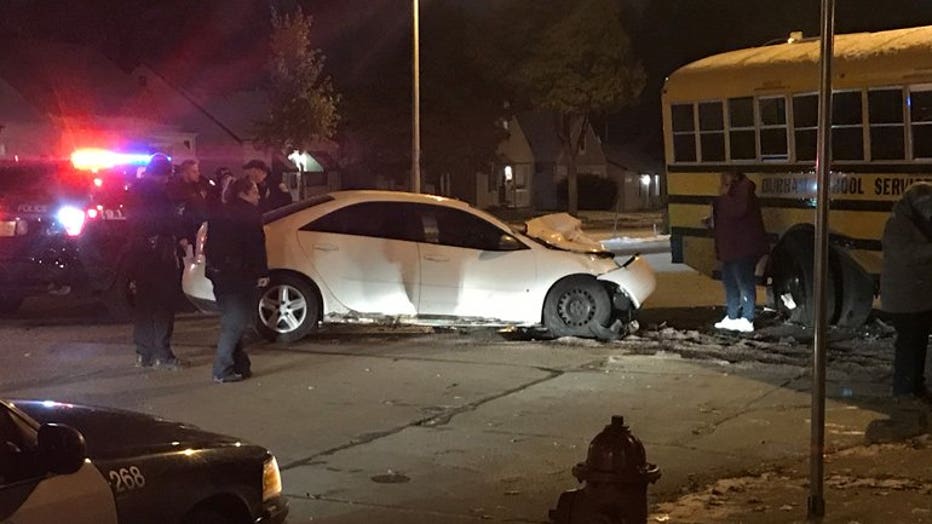