BERLIN - A car drove into a pedestrian zone in the southwestern German city of Trier on Tuesday, killing two people and seriously injuring 15 others, officials said. 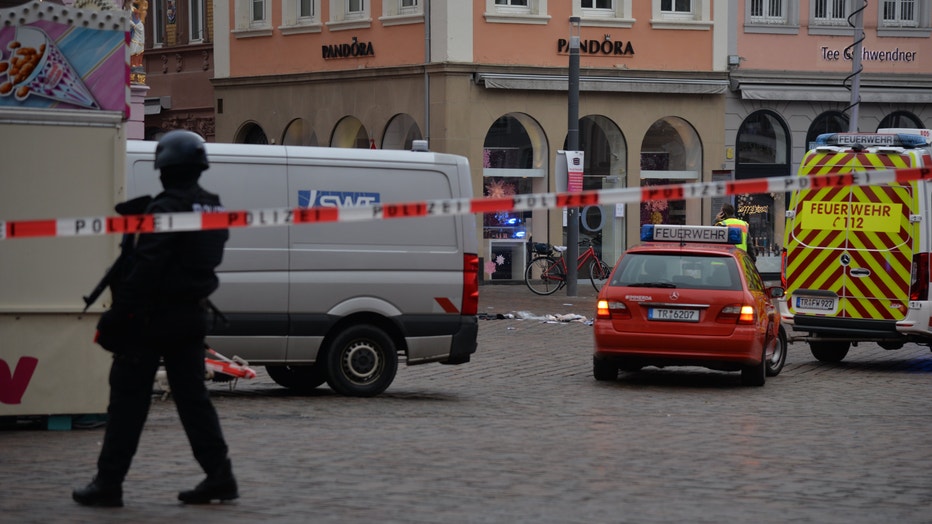 01 December 2020, Rhineland-Palatinate, Trier: The police secured the crime scene near the pedestrian zone, where a car hit several people and, according to initial findings, fatally injured two of them. Photo: Harald Tittel/dpa (Photo by Harald Titt

The driver was arrested and the vehicle was impounded, Trier police tweeted. Police and rescue crews were on the scene and authorities told people to avoid the city center.

Mayor Wolfram Leibe told the SWR broadcaster that in addition to the two dead, 15 people had suffered serious injuries.

No details were immediately available on the cause of the crash, and police didn’t answer their phones or email.

Trier is about 200 kilometers (120 miles) west of Frankfurt, near the border with Luxembourg. The city of about 110,000 people is known for its Roman gate, the Porta Nigra, which is near the scene of the crash, and as the birthplace of Karl Marx.

Moderna asking US, European regulators to OK its virus shots

Moderna Inc. said it would ask U.S. and European regulators Monday to allow emergency use of its COVID-19 vaccine as new study results confirm the shots offer strong protection.