Ignoring the warrants out for his arrest for over a year, U.S. Marshals are trying to track down 39-year-old Eric Randall King Jr.

“Mr. King has a pretty violent criminal history," the U.S. Marshal on the case said. "He's been involved in armed robberies, selling and possessing narcotics, firearm charges, and victim intimidation."

Officials said King is known to authorities for taking situations to an extreme. They believe he's hiding out between Milwaukee and Hartford.

The current warrants for King are for violating federal supervised release, with the underlying charge of felon in possession of a firearm. The other warrant is from Milwaukee County for possession with intent to distribute narcotics, specifically marijuana and heroin.

“He's a dangerous guy. He's shown that with his past record,” the U.S. Marshal said.

If you rewind the clock to January 2007, King was involved in a hostage situation at 64th and Hope.

“In an attempt to avoid being arrested, he turned his gun and shot himself in the stomach,” the deputy U.S. Marshal explained. 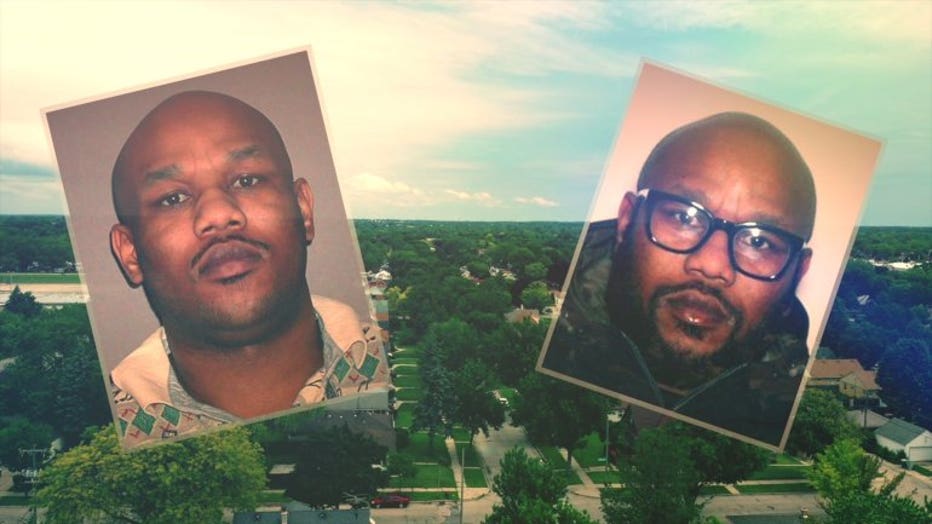 Eric Randall King Jr. (with and without glasses)

King was arrested once he recovered, but now, he's missing.

Officials described King as standing 6'2" tall, weighing 255 pounds. He goes by the nickname of "Fatty."

"He does have a couple tattoos. One on his wrist and one on his upper arm,” the U.S. Marshal said.

U.S. Marshals are concerned he could hurt himself or someone else.

"Mr. King, if you just turn yourself in to any local police station, or come out to the Marshals Office, or if you want us to pick you up somewhere, give us a call and we will arrange it,” the U.S. Marshal said.