WAUKESHA -- A man whom investigators say was driving naked plowed his truck through a fence, rammed two Waukesha Police Department squad cars and rolled the vehicle over before being taken into custody. All of this unfolded in the city of Waukesha on Tuesday evening, August 11th.

Officials say the man was driving a pickup truck speeding down W. Newhall Ave. around 7:45 p.m. when he plowed through the fence and rammed the squad cars. Officers were meeting in a parking lot off the road at the time. 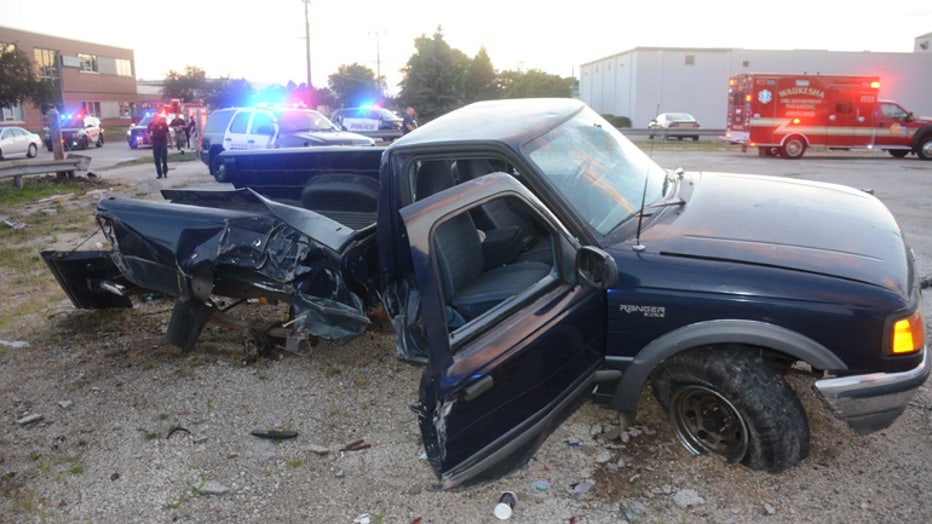 Officials say the suspect was believed to have taken LSD and is suspected of battery against his girlfriend in a domestic incident that happened before his run around town.

A police spokesman tells FOX6 News it's fortunate the officers got to the man before he potentially hurt others in the community.

"If he's willing to go and ram officers -- knowing that we're trained to protect the community, if he's willing to take that risk, what's he going to do to an innocent person and what protection do they have?" said Capt. Ron Oremus of the Waukesha Police Department.

FOX6 News is told the suspect is someone who has had many contacts with police in the past -- and he's expected to face charges from this incident in the near future. We do not know how much damage he did to the police vehicles involved in this chase, but we are told none of the officers were hurt.