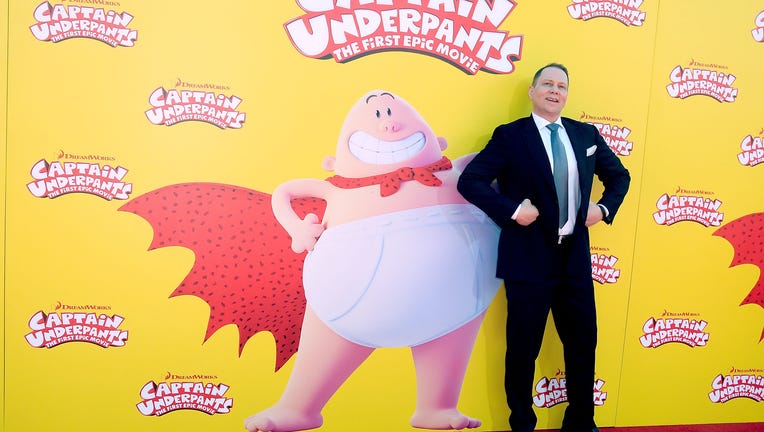 NEW YORK - A graphic novel for children from the wildly popular "Captain Underpants" series is being pulled from library and book store shelves after its publisher said it "perpetuates passive racism."

The book under scrutiny is 2010's "The Adventures of Ook and Gluk" by Dav Pilkey, who has apologized, saying it "contains harmful racial stereotypes" and is "wrong and harmful to my Asian readers."

The book follows about a pair of friends who travel from 500,001 B.C. to 2222, where they meet a martial arts instructor who teaches them kung fu and they learn principles found in Chinese philosophy.

Scholastic said it had removed the book from its websites, stopped processing orders for it and sought a return of all inventory. "We will take steps to inform schools and libraries who may still have this title in circulation of our decision to withdraw it from publication," the publisher said in a statement.

Pilkey in a YouTube statement said he planned to donate his advance and all royalties from the book’s sales to groups dedicated to stopping violence against Asians and to promoting diversity in children’s books and publishing.

"I hope that you, my readers, will forgive me, and learn from my mistake that even unintentional and passive stereotypes and racism are harmful to everyone," he wrote. "I apologize, and I pledge to do better."

The decision comes amid a wave of high-profile and sometimes deadly violence against Asian Americans since the pandemic began.

Earlier this month, the estate of Dr. Seuss said six of his books would no longer be published because they contained depictions of groups that were "hurtful and wrong," including Asian Americans. The move drew immediate reaction on social media from those who called it another example of "cancel culture."

Some Milwaukee landmarks are transforming into COVID-19 vaccine clinics this week.

Like many major fundraising events, the MS Run the U.S. ultra-relay, which spans coast to coast, wasn't the same in 2020 because of COVID-19, but it's back in 2021, and runners from across the nation -- including two local women -- are raising money for a cause that hits close to home.

Health care providers say that's particularly troubling for colon cancer.&nbsp;Over the last 10 to 15 years, colorectal cancer rates for young adults between 20 and 49 years are going up.