WAUWATOSA (WITI) -- The Wauwatosa and Milwaukee Police Departments are asking for assistance in identifying a serial bank robbery suspect. 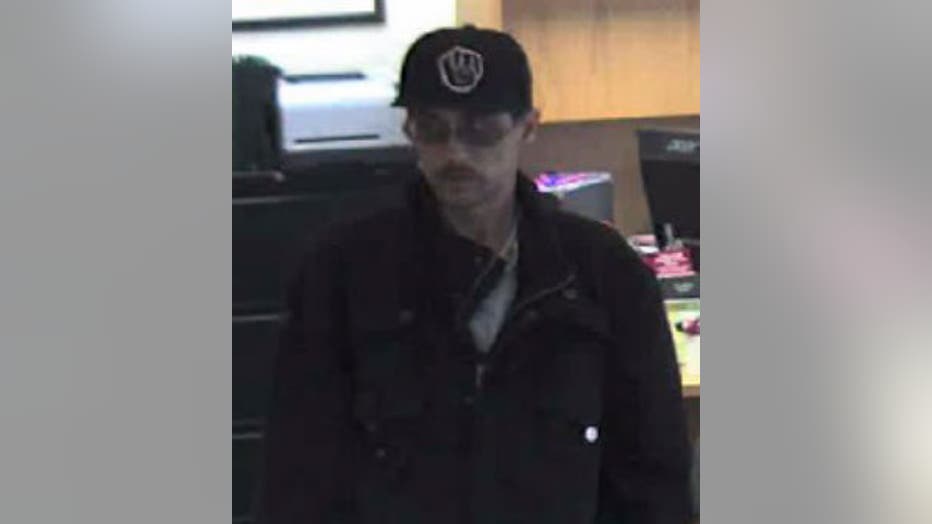 On Monday afternoon, May 11th, the Wauwatosa Police Department responded to report of a robbery at the Tri City Bank branch located 10859 W. Bluemound Road.

An initial investigation shows that an unknown subject approached a teller at approximately 12:30 p.m. and demanded and obtained money before fleeing the bank.

The subject is described as a white male, standing 5’10" tall with a slim build. He has a mustache and was wearing glasses. He is said to be in his late 20s to early 30s. He was wearing a black jacket and black baseball cap with a black Brewers ‘retro ball-in-glove’ logo. 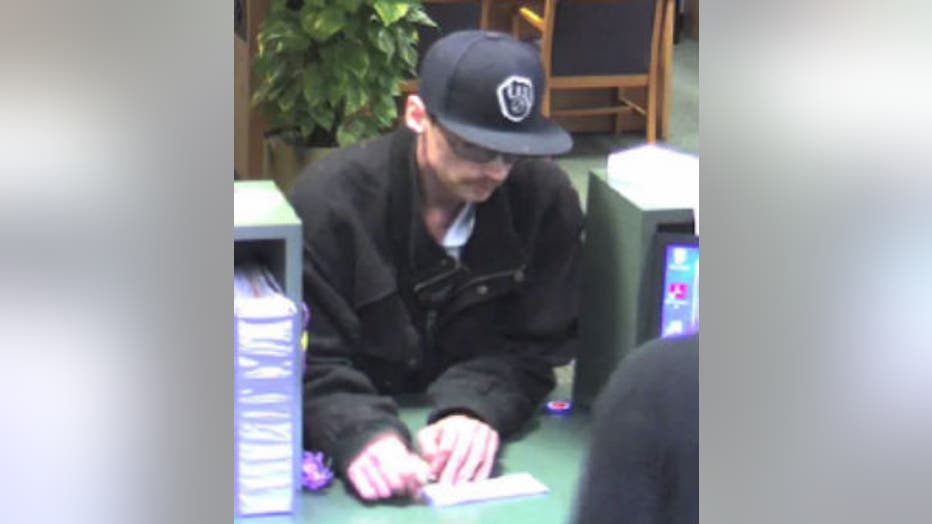 A reward is available for the arrest and conviction of the suspect. 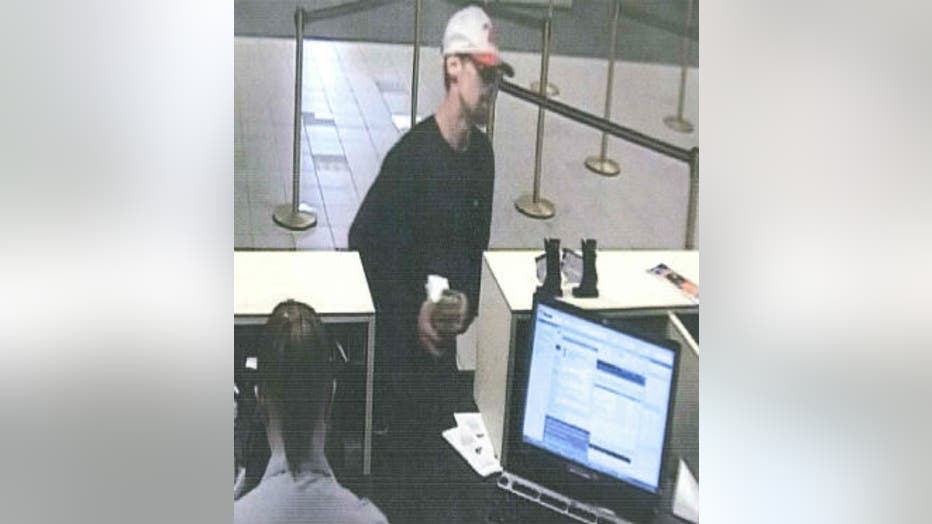