NEW YORK - If a ballot is tossed because of some issue — maybe a missing signature or it got damaged — will the voter be notified that the ballot's been invalidated? And can the voter cast a new ballot? 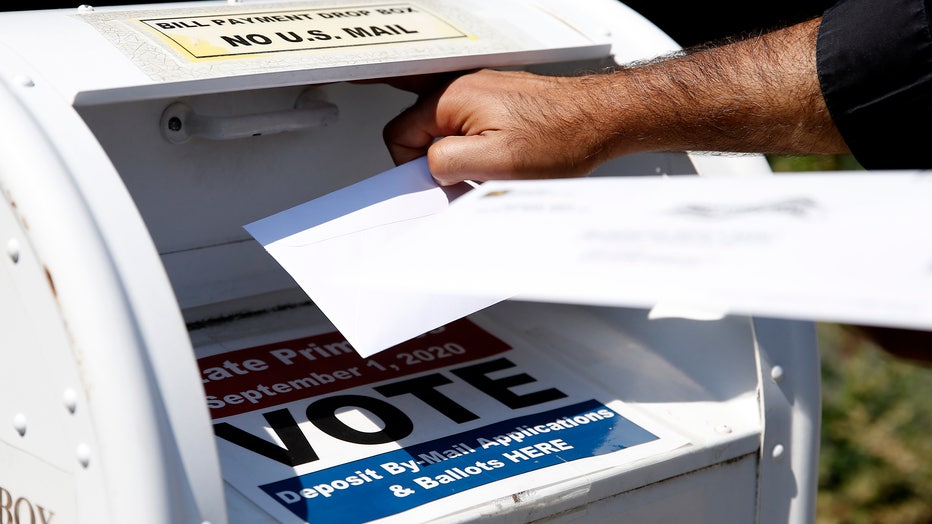 NEWTON - AUGUST 23: A voter drops a ballot into the box for mail-in ballots outside of Newton City Hall in Newton, MA on Aug. 23, 2020, where there's a crowded field in the primary race for the fourth Congressional Democratic nomination. (Photo by Je

This is a tough one — because the rules vary from state to state. The National Conference of State Legislatures has a state-by-state rundown, but that list isn't comprehensive so voters should check with their local elections officials to understand their options.

Voter advocacy groups worry that those unaccustomed to voting by mail will make some kind of error that could invalidate their vote. A study by the U.S. Election Assistance Commission estimates that 1% of mail-in ballots were rejected in the 2016 presidential election. Experts say the main reason was because ballots did not arrive in time.

States that allow so-called “ballot curing” require elections officials to notify voters when something's wrong with a ballot, such as a missing signature or if their signature doesn't match the one on file. The voter will be given a chance to correct it.

Other states have adopted temporary rules on voting by mail — or absentee voting — because of the high interest spawned by the coronavirus pandemic.

Depending on the state, the voter could be notified by mail, email or phone. The deadlines for officials to notify voters again varies by state, and so does the time that a voter has to correct the discrepancy.

Some states allow voters to track their absentee ballots.

The easiest way to cure a ballot, of course, is an ounce of prevention: read voting instructions carefully and double-check that the proper signatures are in place. If you registered when renewing your driver's license, be sure your signature resembles the one on it.

Voters awaiting results in some of the key presidential battleground states on election night should be prepared to keep waiting as mailed-in ballots are counted.

Wisconsin Supreme Court to weigh in on absentee ballot case

The case is being closely watched in Wisconsin, which President Donald Trump won by fewer than 23,000 votes four years ago.