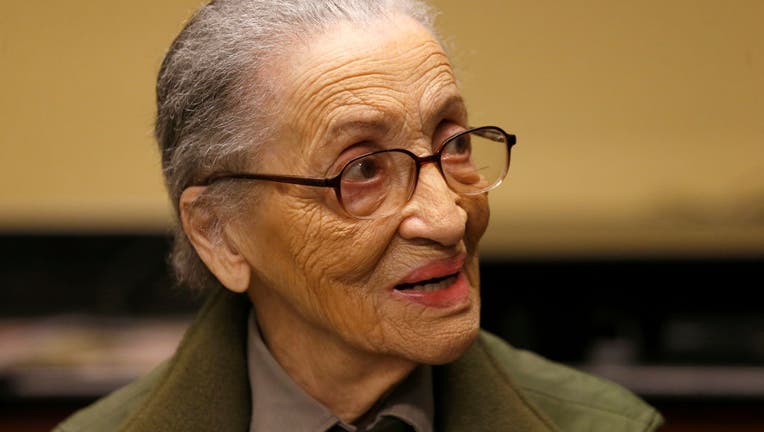 EL SOBRANTE, Calif. - A middle school in El Sobrante was named Wednesday for the nation's oldest living National Park Service ranger, who also happened to be celebrating her 100th birthday during the ribbon cutting.

Betty Reid Soskin, a ranger at the Rosie the Riveter WWII Home Front National Historical Park in Richmond, was touched as officials unveiled a sign bearing her name at the West Contra Costa Unified School District campus, about a 20-minute drive from San Francisco.

The school district said they chose Soskin because of her leadership, resilience, and as a symbol of change.

During the event, Soskin, whose great grandmother was born into slavery in 1846, shared that she only recently started feeling worthy of the privileges and honors, she's been receiving.

"And I will go on feeling worthy for the rest of my life," she said.

The school used to be named after a Spanish Franciscan missionary.

Soskin founded Reid's Records in Berkeley with her former husband in 1945, she has been active in the civil rights movement and and avid writer.

She started working as a ranger at the Rosie the Riveter museum when she was in her 80s.

East Bay middle school to be renamed for Betty Reid Soskin, ceremony to be held on 100th birthday

Betty Reid Soskin, the nation's oldest national park ranger, will be honored at a ceremony next week on her 100th birthday when Juan Crespi Middle School in El Sobrante is renamed after her.

During World War II, Soskin worked as a clerk for the all-black Boilermakers A-36. In the true sense of the word, she was never a "Rosie," because that title is typically held for female wartime shipyard workers who were white.

In 1995, Soskin was named a "Woman of the Year" by the California State Legislature. In 2005 she was named one of the nation’s 10 outstanding women, "Builders of communities and dreams," by the National Women’s History Project.

In 2015, then President Barack Obama honored her at the national Christmas tree lighting.

Soskin also made headlines in 2013 when she publicly urged Congress to get its act together and end the forced federal furloughs.

She said she didn’t want to waste any time sitting around at home at her age.