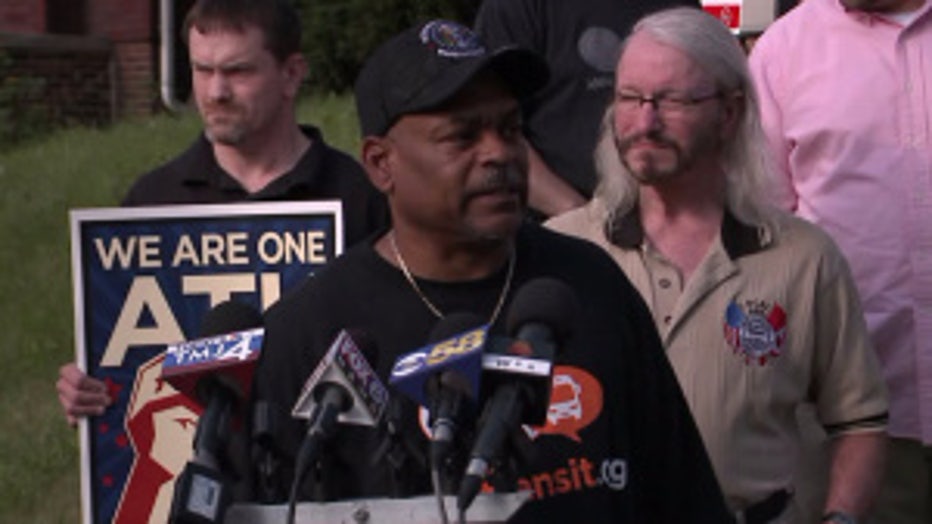 Leaders of Amalgamated Transit Union (ATU) Local 998 say they're not calling this a strike. Instead, they're calling it a "work stoppage."

"This is not a strike. It is a work stoppage. We will be conducting a work stoppage at 3:00 a.m. Wednesday, July 1st, 2015 for a period of three days," Rick Bassler, ATU Local 998 vice president said.

Union leaders say all ATU employees will be taking part in this "work stoppage" that will begin at 3:00 a.m. Wednesday and continue for 72 hours -- through 3:00 a.m. Saturday, July 4th. This, after transit union members and Milwaukee County representatives sat down with a federal mediator for six hours on Tuesday to try to come up with a last-minute deal to avoid a strike.

"We are not trying to stop service. The company is stopping service," James Macon, ATU Local 998 president said.

Union leaders say they were not offered a fair contract -- blaming Milwaukee County Executive Chris Abele, who said Tuesday: "The final, added concessions represent our last, best offer. Anything more than this is unsustainable in our county budget and would be irresponsible to the taxpayers we serve."

"When push came to shove, we said 'what can we do to solve this?' They said, 'here -- you need to give us $8 million more over two years,'" MCTS spokesman Brendan Conway said. 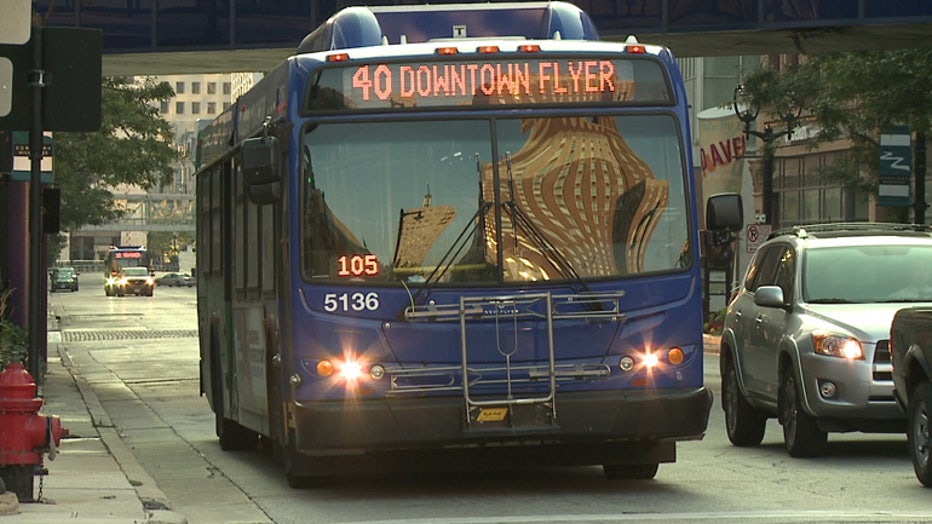 "I`m angry because we got elderly, we got people that can barely walk," Cynthia Greenwood said.

In a news release, MCTS officials said the following:


Despite numerous recent statements from union leaders that their contract dispute was not over money, the union came to the bargaining table today to ask for $8 million in increased wages.

Although County Executive Abele is disappointed in today’s decision by the Amalgamated Transit Union (ATU) to reject a reasonable contract offer and strike, he is confident that a deal will soon be agreed to that respects both transit workers and taxpayers.

“The Milwaukee County Transit System is a critical tool for economic development and self-sufficiency, and I am proud of our record of maintaining routes and excellent service without raising fares,” County Executive Abele said. “Taxpayers ride the bus over 150,000 times every single day. In choosing to strike, ATU is punishing County residents that rely on bus service.”


In a time when State transportation funding has been flat and Federal funding has declined, ATU members rejected multiple contract compromises that increased overall compensation while allowing for the continuation of full transit services, stable fares, and respect for County taxpayers.

Throughout negotiations, the County has and will continue to remain focused on one outcome only – the best service for transit riders now and in the future. The emphasis is on providing a high quality transit system while modernizing and expanding services.

“From low income workers to Summerfest attendees, the ATU’s decision to strike has far reaching consequences for the people of Milwaukee County,” Abele said. “To be clear, the final added concessions today represent our last, best offer. Anything more than this is unsustainable in our County budget and would be irresponsible to the taxpayers we serve.”

"We see these people every day. We care about these people. It`s Abele that doesn`t care. They don't give a crap about the average Joe," Lewis said.

"We need to have a sustainable transit system that will continue to run for those who need it," Conway said.

"It was the same stuff that we voted (Monday) night to vote down but they just twisted the numbers. There was no gain," Macon said.

MCTS officials say this is all about money.

The vote Monday night was 93% to reject the new contract being offered, and 92% in favor of a strike.