Wrestling over records, the Racine County district attorney doubles down after reports she's directing police departments to limit the release of public information.

Hanson responded to an article published in the Racine Journal Times Sunday which said she instructed the Burlington Police Department to redact basic crime information sent to a reporter, so we took a look at how the county's five-largest departments release that data as experts warn this level of secrecy could lead to lawsuits.

While every day starts with a blank slate, each police department tracks its own calls for service. It's a detailed scan of what they're doing depending on how much detail they decide to share.

We asked the Burlington, Caledonia, Mount Pleasant, Racine and Sturtevant police departments for their calls for service on a particular day. We received documents from the first three. Most include basic information, like the type of call, time, location and responding officer, but it's the total blackout of a call and location that has experts concerned. 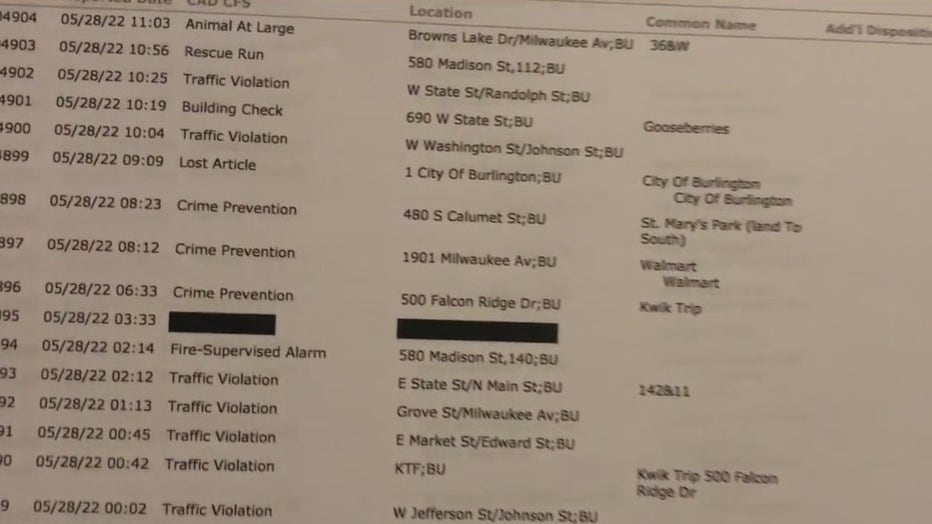 "People who live in the community have a right to basic information about what happens and how their police department is responding to it," said Bill Lueders, president of Wisconsin Freedom of Information Council.

As law enforcement agencies strive to strengthen levels of trust within their communities, Lueders says heavy redaction could be a step back.

"This policy makes it very easy for police and prosecutors to screw up and get away with it," he said. "It also makes it harder for the public to see if they're doing the right thing, which they very well may be in most situations."

Hanson argues the agencies are just following state law. In an email, Hanson outlined 21 exceptions tied to criminal investigations or future court hearings that allow police to withhold information. She says her office works "very hard" to be "open and transparent with the public as they are able to." The process includes a balancing test.

Does the public's right to know outweigh the need to protect an investigation?

To Lueders, a blanket decision misinterprets the law.

"You can't do it categorically," said Lueders. "You have to do it on a case-to-case basis." 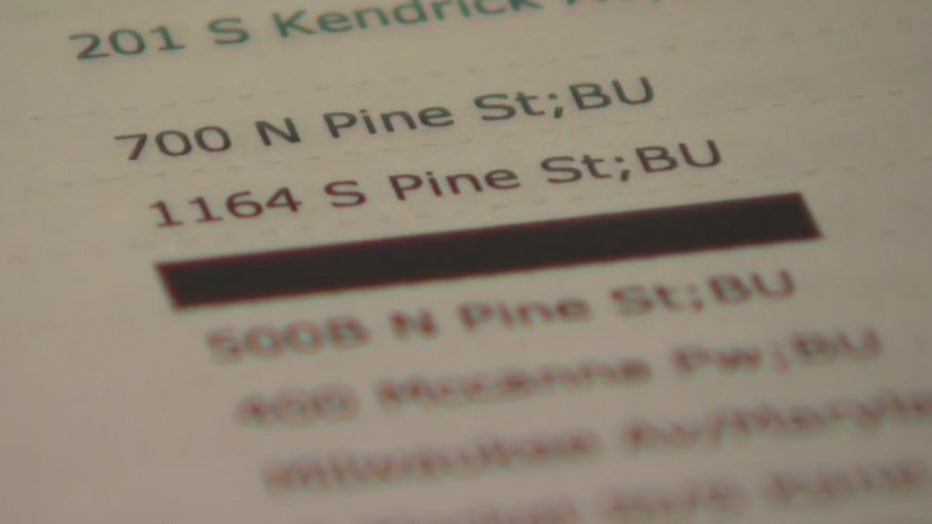 The Sturtevant Police Department did not respond to our request for its calls for service.

Racine does not keep a paper blotter. The department now uses a website with map technology to show recent calls for service.

Every agency either declined or did not respond to requests for an interview.