VILLAGE OF ROCHESTER -- Racine County deputies were called to a single-vehicle crash just after 8:30 p.m. Saturday, May 23 near Highway 83 and Washington Avenue in the Village of Rochester.

The caller stated that a vehicle left the road and hit a tree at a high rate of speed and that someone was possibly ejected from the vehicle. When deputies arrived, they found a 2004 Porsche Cayenne SUV in the trees that was severely damaged. They also found the driver and sole occupant of the vehicle standing outside of it. 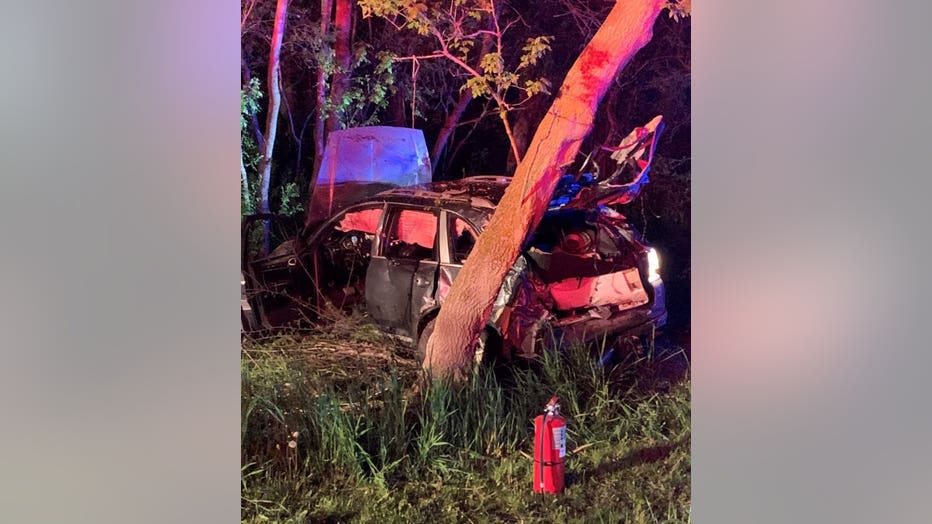 The driver was identified as a 41-year-old Burlington man. While deputies were speaking with the driver, sheriff's officials said he displayed obvious signs of impairment. He was transported to a hospital for his injuries.

The investigation revealed he was traveling west on Washington Avenue at what appeared to be a high rate of speed and left the roadway. He continued to drive in the ditch line, and struck a mailbox. He then struck a culvert, and became airborne. While airborne, the vehicle hit a guide wire from a utility pole, and continued into the trees, where it came to rest approximately 628 feet from where it initially left the roadway.

The investigation also showed that the vehicle was airborne approximately 93 feet from the culvert to the point of impact, as there was damage to the trees approximately 15 feet off the ground.

It appears that speed and alcohol were contributing factors, sheriff's officials said.

The driver was arrested for felony fifth OWI, and was issued numerous traffic citations for the crash. His bond was set at $5,000.