Kenosha couple gets engaged at Culver’s

Culver's -- from its custard and shakes to the cheese curds they make -- was the spot for one of the couple's first dates.

KENOSHA, Wis. - There are few things considered "more Wisconsin" that a love for the Green Bay Packers and a trip to Culver's.

One Kenosha couple combined both as part of a very special day on Saturday, Sept. 19.

On a Saturday afternoon, Ralph Sirna Jr. saw an opportunity.

He strolled into a Culver's off of I-94 in Kenosha with a request -- to change the sign normally reserved for flavors of the day and help him propose to his long-time girlfriend, April. 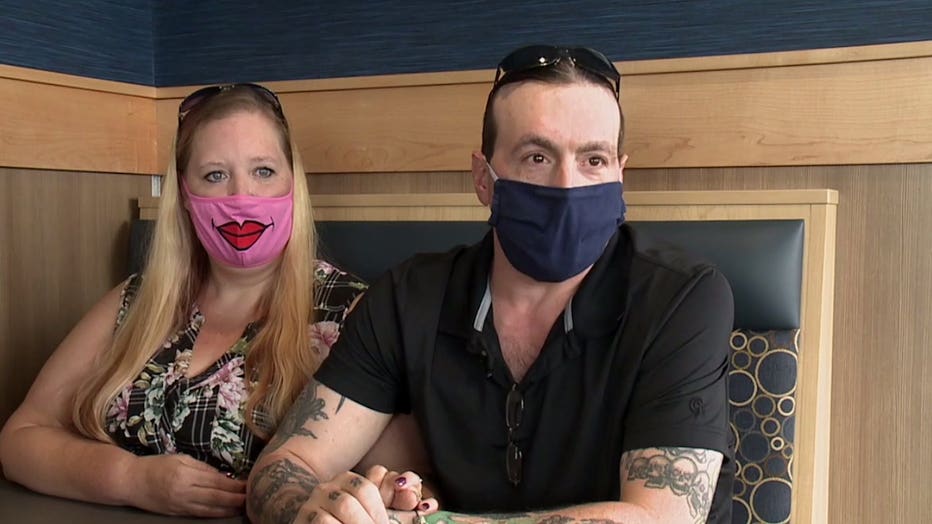 "With as much bad news that goes on lately, to have something good go on -- it was really great to be part of that," said Culver's owner Kandace Young.

With Young's permission, Sirna Jr. made a call.

"(Ralph) says, 'Hey honey, I need you to get all your family together, and we're gonna go to Culver's.' And I'm like, 'OK, cool,'" said now-engaged April Masterson. "And everybody's like, 'We're gonna go get some concrete mixers, woohoo!'" 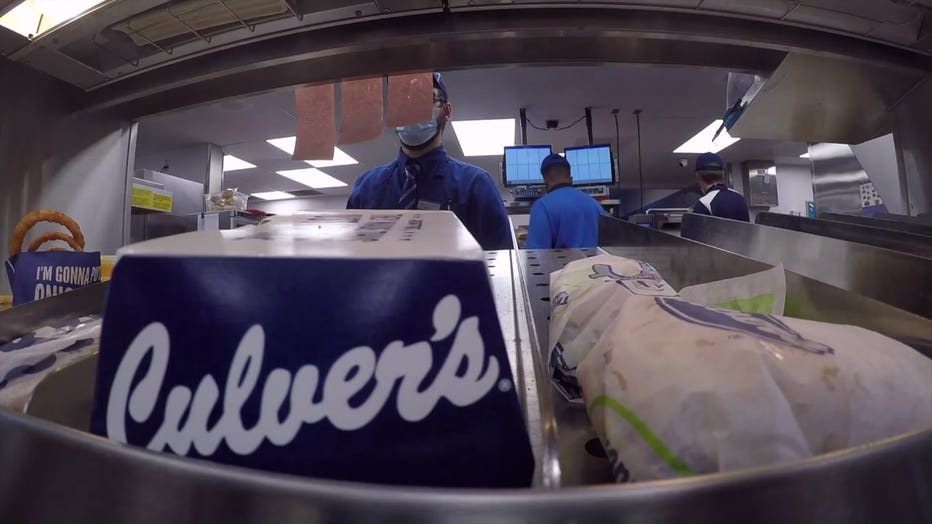 Of course, Sirna Jr.'s plans were much larger than lunch.

"First, I said, 'Are you ready for your special day?'" said Sirna Jr.

To Masterson's surprise, it was soon to be their special day. Her name in the lights, his knee on the ground and, now, a wring on her finger.

"How many people actually get that? It's not something you see every day, and because it came from his heart, it was special to me," Masterson said. 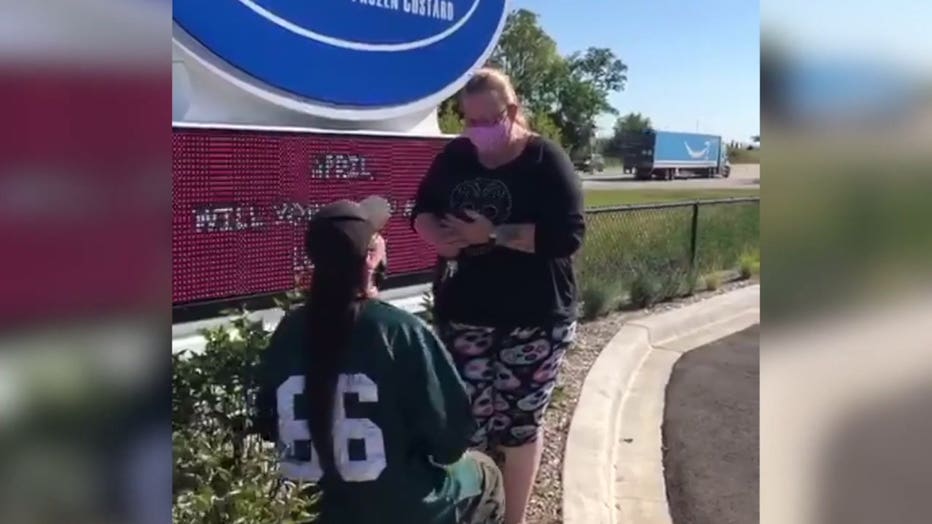 Ralph Sirna Jr. and April Masterson get engaged at Culver's

The two locked in a future together. Special, not only because it might be the most Wisconsin-styled proposal of all time, but also because Culver's -- from its custard and shakes to the cheese curds they make -- was the spot for one of the couple's first dates.

It was at a Culver's where Masterson first had a cheese curd.

"Once she tried those, Culver's has been a pretty big staple in our relationship," said Masterson.

A relationship that, with the right ingredients, is now headed for marriage.

The couple tells FOX6 News that they plan to get married next April.

Right now, there are no plans for Culver's to be involved in the wedding.