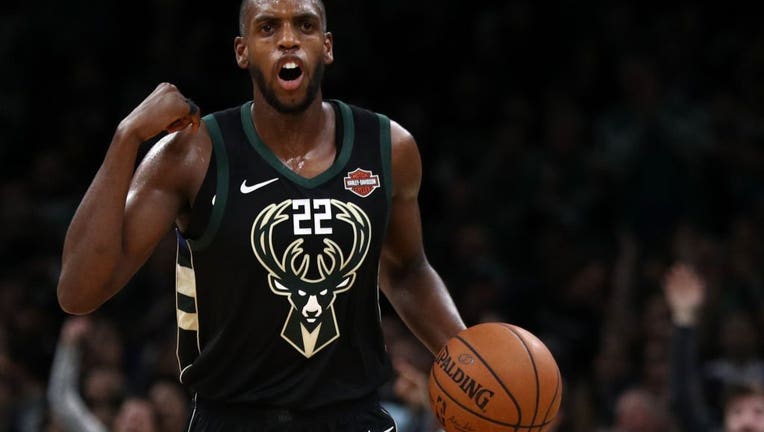 BOSTON, MA - NOVEMBER 1: Khris Middleton #22 of the Milwaukee Bucks dribbles against the Boston Celtics during the second half at TD Garden on November 1, 2018 in Boston, Massachusetts.

MILWAUKEE - The Milwaukee Bucks will play a five-game 2022 preseason schedule that tips off on Saturday, Oct. 1 when the Bucks host the Memphis Grizzlies at Fiserv Forum.

The previously announced NBA Abu Dhabi Games 2022 will feature two games between the Bucks and Atlanta Hawks on Thursday, Oct. 6 and Saturday, Oct. 8 at Etihad Arena in Abu Dhabi. The games are the NBA’s first in the United Arab Emirates and the Arabian Gulf. Both matchups will tip off at 11 a.m. CT.

After two games in Abu Dhabi, the Bucks will close out their preseason slate with a road matchup against the Chicago Bulls at the United Center on Tuesday, Oct. 11, and a home game against the Brooklyn Nets on Wednesday, Oct. 12.

Tickets for the Bucks’ two preseason games at Fiserv Forum will go on sale Thursday, Sept. 1, at www.bucks.com/tickets. Broadcast information for the Bucks’ preseason schedule will be announced at a later date.