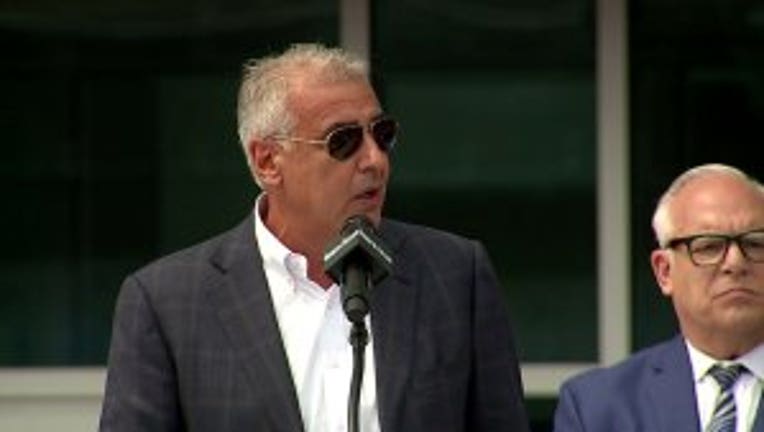 Marc Lasry, the hedge-fund billionaire and Milwaukee Bucks co-owner who was named chairman of embattled media organization Ozy earlier this month, has resigned from its board.

"I believe that going forward Ozy requires experience in areas like crisis management and investigations, where I do not have particular expertise," Lasry said in a statement Thursday. "For that reason, I have stepped down from the company’s board. I remain an investor in the company and wish it the best going forward."

Ozy has seen a snowballing crisis after a New York Times story earlier this week said the company's chief operating officer, Samir Rao, impersonated a YouTube executive on a call with Goldman Sachs while attempting to raise money from the investment bank, a potential case of securities fraud. The story also questioned Ozy's claims of a large audience.

In the story published Sunday, Lasry was quoted saying the board was aware of the February incident. He called it an "unfortunate one-time event," and supported how it had been handled. Ozy's high-profile CEO, Carlos Watson, a former cable news anchor, told the Times that the incident was the result of a mental health crisis of Rao's, who took time off and had come back to work.

But the story's impact has been explosive in the media industry, where Ozy and its claim of a large audience has long been regarded as something of a mystery. Industry insiders said on Twitter that they'd never read or come across an Ozy story. The company also hosts the OzyFest festival and makes podcasts, newsletters and TV shows.

This week, a high-profile Ozy employee, former BBC anchor Katty Kay, resigned. The Wall Street Journal reported on Tuesday that the company's board had hired law firm Paul, Weiss, Rifkind, Wharton and Garrison to review its business activities and had asked Rao to take a leave of absence.

A venture capital firm that was an early investor has reportedly surrendered its Ozy stock. Cable network A&E pulled a special on mental health hosted by Watson that was scheduled for Monday night, and Watson stepped down from hosting a documentary Emmys awards show Wednesday night.

Ozy, which is based in Mountain View, California, did not immediately respond to emails and telephone calls seeking comment. Watson's last tweet, saying that the Goldman Sachs episode was a "mental health issue" and claiming millions of YouTube views and newsletter subscribers, was early Monday morning.

Emergency roadside responders have a dangerous job that lawmakers say does not have to be – and legislators are doing something to make it safer.