A shooting at a Brown Deer apartment complex left three dead – including the suspect – Saturday morning. A resident described the scene to FOX6 News.

Police identified the suspect as a 26-year-old man who lived at the apartment complex. The names of those involved have not yet been released, but a woman who lives at the complex told FOX6 News that while she did not know the shooter personally, she had seen him around.

Residents of the apartment complex sheltered in place as law enforcement established a perimeter and worked to secure the area. That included Elizabeth Venable-Force, who said the complex is usually very friendly – neighbors stop to talk to one another.

"I never expected it because this is normally a very quiet complex," Venable Force, who has lived on the third floor for 12 years, said.

Saturday, she awoke to an unusual alarm. 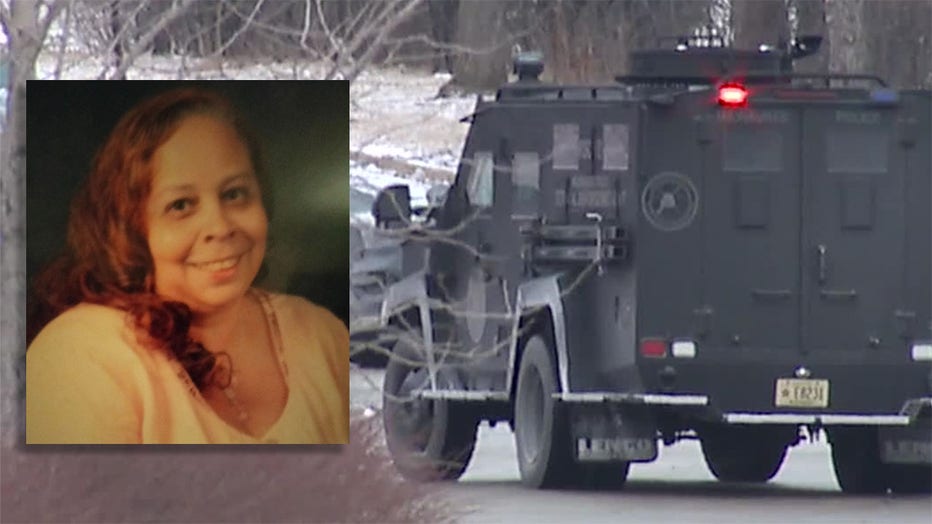 "I was asleep and heard bang, bang, bang, bang," she said. "My granddaughter came running in my room, ‘Grandma, somebody got shot'…It was kind of frightening."

Venable-Force told FOX6 that she and her granddaughter watched from their third-story window and patio as police addressed the suspect one floor beneath them.

"We saw the police standing behind the car telling someone, ‘put down your gun,’" she said. "We saw a man laying on the ground and a woman trying to hold something on his stomach."

About 20 minutes later, Venable-Force said she saw police carrying another shooting victim out from behind the building.

Venable-Force didn't know the suspect personally, but said he has seen him around the apartment complex.

"Actually, he offered to help me with his car one time and his significant other, I seen her and their son and I would always talk to her son because I love children," she said. "We would laugh and joke in the garage."

Brown Deer Police Chief Peter Nimmer said he is aware of a Facebook Live video that was recorded during the shooting, but did not have further details to provide.

"Crime is everywhere, you can’t run away from it, it’s here," Venable-Force said.

Most of the residents who had been temporarily displaced by the incident are being allowed to return Saturday night; the complex was closed off for much of the day.

Police said it may be awhile before residents of the second floor can return. Anyone who needs a place to stay can call Bayside Communications.

Tayveon Keaton watched anxiously, hoping for good word Saturday. He said he caught wind of the shooting on social media, and said he knows one of the people involved.

"It’s hectic, just a lot of police out here, just everywhere man. This is wild," said Keaton. "I hope nobody gets killed, and I hope that he’s still alive. He make it out of there okay, and get the help that he needs."

Angelo Jackson was worried about how the series of events unfolded. He, too, believes he knows one of the people involved. He said people are dealing with a lot of stress and wishes there was more help for those who need it.

"It’s really not good at all," Jackson said. "A lot of people watching (the aftermath); that’s what people come to do, is to watch. But they never watch what people actually go through."

Police said three people are dead – including the suspect – after a shooting at an apartment complex Saturday morning, Feb. 5.

A Milwaukee man is charged with nine total counts related to series of January armed robberies and shootings stemming from four incidents.

Wisconsin's Most Wanted: Myan White sought by US Marshals