BROWN DEER (WITI) -- Brown Deer police say two men have now been charged in connection with a carjacking that occurred in the parking lot of the Bath & Body Works store on North Green Bay Road. 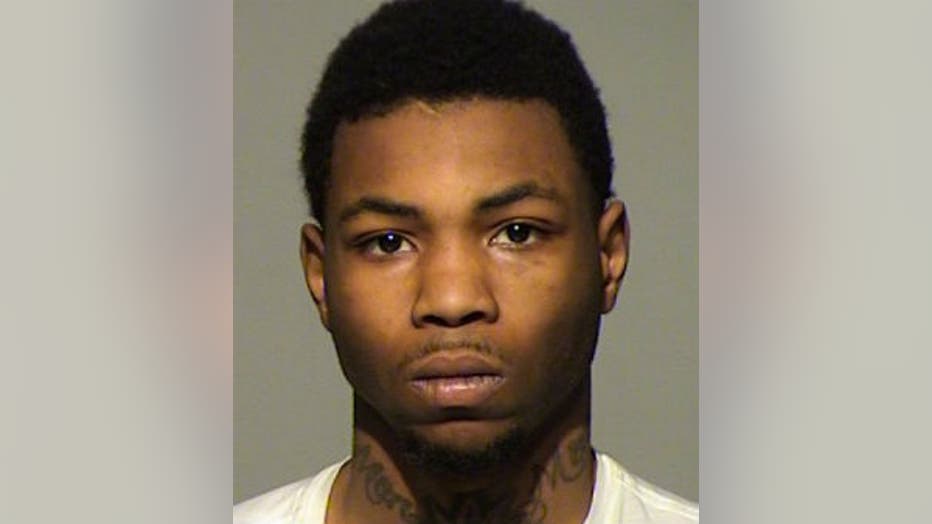 18-year-old Javontae Hunley of Milwaukee is charged with armed robbery with threat of force as party to a crime. An arrest warrant has been issued.

19-year-old Mavrtavis Pugh has been charged with armed robbery with threat of force as party to a crime.

A criminal complaint indicates police spoke with a female victim who reported her vehicle was taken from her at gunpoint, and that her purse was also taken, along with numerous items that had been in the trunk of her vehicle.

The woman told police as she was parking, a young black male wearing all black with facial tattoos entered the passenger side of her vehicle and pointed a firearm at her face -- saying "Get the (expletive) out of your car, stupid (expletive). As she began to exit her vehicle, another black male wearing all red walked up to the driver's side of her vehicle -- telling her to get out of her car. The person with the gun then demanded her keys -- taking them from her hand, along with her purse. The person dressed in red entered the driver's side of her vehicle and the suspects then sped off in her car.

The vehicle was recovered one day later in the 8800 block of N. Swan Boulevard. Items from inside the vehicle were processed for evidence, and a fingerprint recovered from a pack of chewing gum was identified a potential suspect.

Police spoke with that man, who said Pugh had pulled up in the parking lot of the Bath & Body Works store in a car with another person in the passenger seat. The man police spoke with said Pugh let him take diapers and a blender from the trunk of the vehicle that was carjacked.

Police spoke with Pugh, who said he was with Hunley when Hunley took the vehicle. He said he and Hunley were walking through the parking lot when they saw a young lady pull up by herself. Hunley told Pugh they should take the car because the woman was alone, according to the complaint.

The victim in this case was able to positively identify Hunley as the person who threatened her with a gun.

Anyone with information as to Hunley's whereabouts is asked to call police.

Pugh is set to appear in court on May 29th for his preliminary hearing.