MILWAUKEE (WITI) -- Brides across the country say they have been left at the altar - not by the men they love, but by an Oconomowoc High School grad who calls herself Jessica V.

She promises to make brides look beautiful. Then, brides say, she takes their money and never shows up on their big day.

"I called her that day, all morning, couldn't get a hold of her. When she finally called me back she said that they had put it on the calendar but the wrong year," says newlywed Mercedes Kralovec. 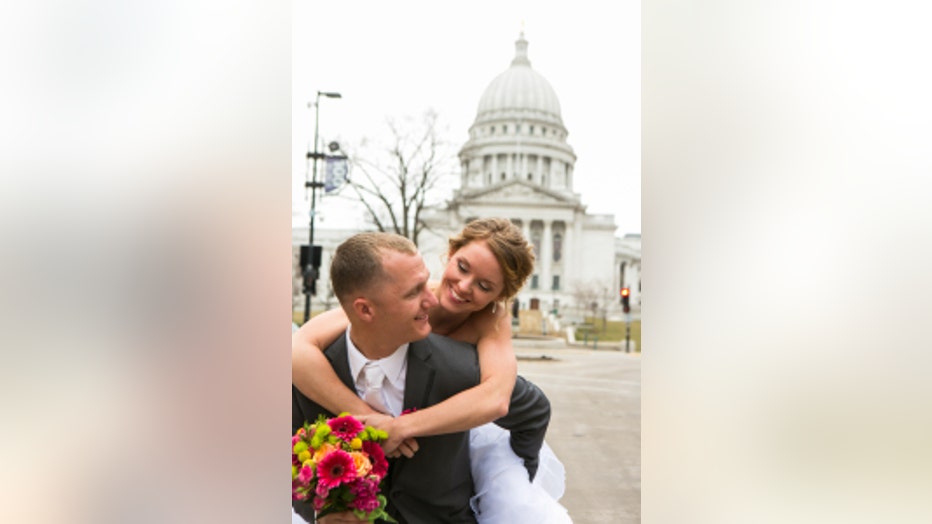 Lindsey Wright, a bride-to-be from Ohio, had a similar situation. She says after Jessica V. cancelled multiple makeup trials, she eventually said she would "swing by" the Midwest.

"You can`t just swing by a state in the Midwest. It's gigantic.That's when I was like, okay, you're out of your mind lady."

"It's just very disappointing that she would try to take advantage of women who are trying to celebrate a huge thing in their lives, and probably the happiest day of their life and some of these women have had the whole thing ruined," says Lauren Sweeney, who was recently married in Madison.

Over and over, brides say they logged onto the website www.myqueenofdiamonds.com and paid in advance for hair and makeup. The website says the company will come to you, wherever you are on your big day.

And it's not just brides complaining, but people who worked for the company, like Jenessa Coveny in Chicago. Her job was to find makeup artists to work weddings in other states.

"She would have me go on Craigslist to find people randomly," Coveny says.
"To send some random person from Craigslist you don`t even know to a wedding, I should have been like 'duh, stupid.'"

The Wisconsin Better Business Bureau is also tracking her down. They have given her company an F rating. 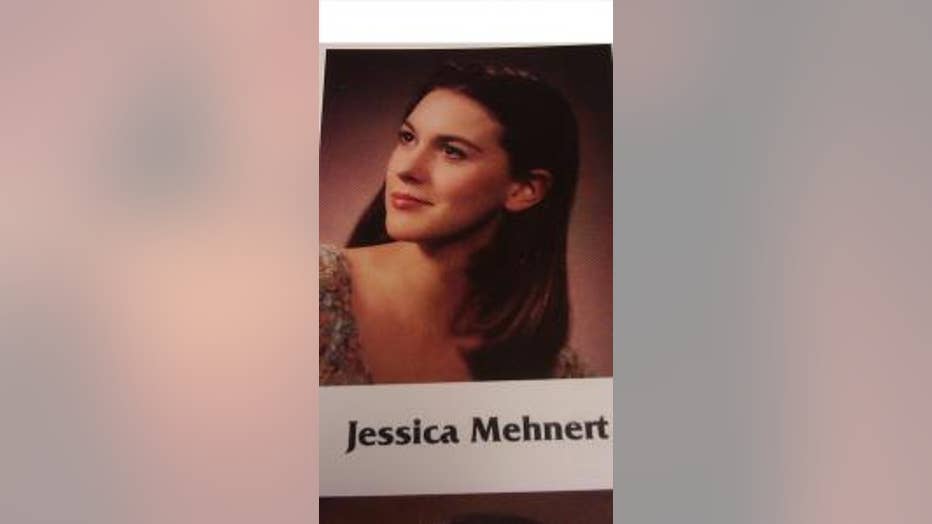 "It`s unethical.  It's illegal.  You know, scamming people out of $300 to $400 in advance fees is absolutely not to be tolerated," says Ran Hoth, the President and CEO of the Wisconsin BBB.

"'We have reached out electronically; we've left phone numbers for this woman to contact the BBB.  We've had several electronic communications with a lot of false promises.  We`re doing everything we can."

And so they contacted the FOX6 Investigators. Could we find her?

Here's what we know about Jessica V. Her married name is Jessica Vlasseman. Her maiden name is Mehnert. She graduated from Oconomowoc High School in 1995. For the last decade she's jumped around from Florida to California and back to Wisconsin. Last fall she registered to vote in Texas. Her Facebook page says she's still there, though she occasionally comes back to Wisconsin to visit family. 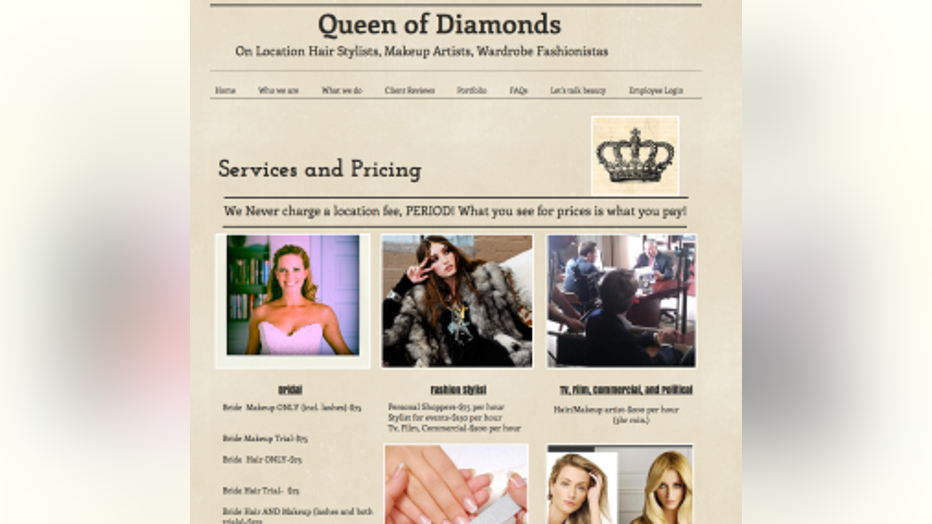 The phone number on her website is disconnected. But the number for her company, Bombshell, LLC is not.

The number rings to a family in Wauwatosa - inhabited, ironically, by newlyweds.

"The calls seem to be getting more and more frequent now that we`re getting into the thick of wedding season again and it`s getting closer and closer to the actual wedding dates," says homeowner Brenda Trotier Snyder.

The Snyder's say brides from all over the country call them looking for Jessica V. Their phone number is somehow associated with Bombshell, a hair salon Jessica opened on Brady Street last year.

"She has what appears to be a single company that changes names frequently uh to avoid whatever she's trying to avoid," says Dennis Snyder.

The more digging we did, the more victims we found - and they weren't just brides.

"The plan was to be my own boss," says Chris Wolfert.

Wolfert knew Jessica from high school in Oconomowoc. After a bad car accident he came into some money and decided to invest. He says he gave Jessica more than $100,000  to help him open a Mediterranean restaurant in Florida.

He claims she ran off with every penny.


"I`m just one of many people who was manipulated in a situation and I never saw my day of justice and I don`t think that I ever will," Wolfert said.

He says he was never able to track Jessica down to serve her with a lawsuit.

So we kept looking. First, we tried Brady Street. Bombshell, the salon she opened last year is now called Pin Up. The current owner says he too was a victim of Jessica's scheming. He says instead of paying rent, she pocketed thousands.

We also tried a home on Milwaukee's east side. Nobody was there, but records show Dan Thomas is supposed to live there. He's the owner of Bombshell, LLC. He's also Jessica's boyfriend. 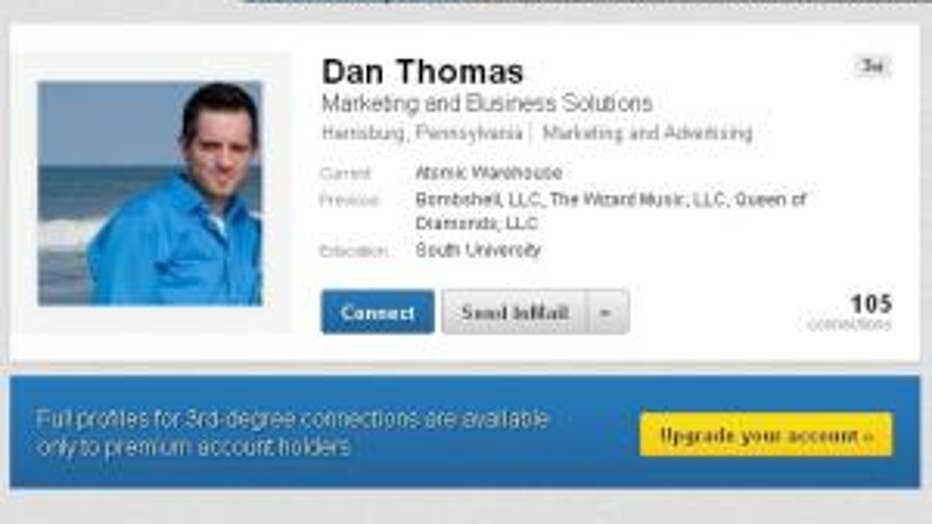 A man she once described on Facebook as her "Partner in Crime." An interesting choice of words coming from a federal ex-con.

Turns out Jessical Vlasseman was convicted of wire fraud in 2008, accused of stealing $50,000 from a Minnesota man. Click here to see what happened. 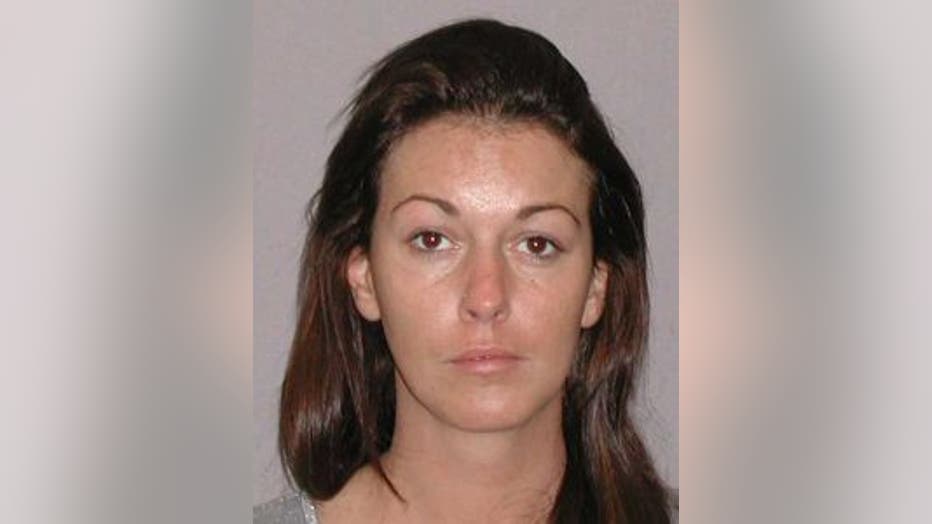 She served four months in prison and spent the next three years on supervised release, which means when she started the website My Queen of Diamonds she was on federal parole.

In fact, while she's been taking money from brides, court records show she still owes the victim of her wire fraud case more than $46,000.

"It's amazing to see how much has happened and how little has been successfully accomplished in catching this girl. It's appalling to me," says Brenda Trotier Snyder.

We may not have found her yet, but there's a lot of people on her trail, and a lot of brides warning each other not to give their trust - or their money to My Queen of Diamonds.

"I was gonna let it go. After the wedding, you know, everything went well, you know. And then I had to tell myself that`s exactly what she wants. She hopes that people are just gonna forget about it," Kralovec says.

"We know what's going on. It's just a matter of finding her."

Wedding music in the video provided by faculty of the Wisconsin Conservatory of Music, Rachel Fritz, piano (www.wcmusic.org).