An image from the Wisconsin Department of Transportation showed the group of protesters on the freeway.

MILWAUKEE - Protesters blocked I-94 at 25th Street in Milwaukee Wednesday night, Sept. 23 following a decision in the Breonna Taylor case in Louisville, Kentucky.

The group was on the interstate for at least 30 minutes, met by deputies in riot gear.

This, following an earlier demonstration outside the Milwaukee County Courthouse, where FOX6's cameras captured a memorial in Taylor's honor, and "BLM" written on at least one flag.

A Kentucky grand jury brought no charges against Louisville police for the killing of Breonna Taylor during a drug raid gone wrong, with prosecutors saying Wednesday that two officers who fired their weapons at the Black woman were justified in using force to protect themselves after they faced gunfire. 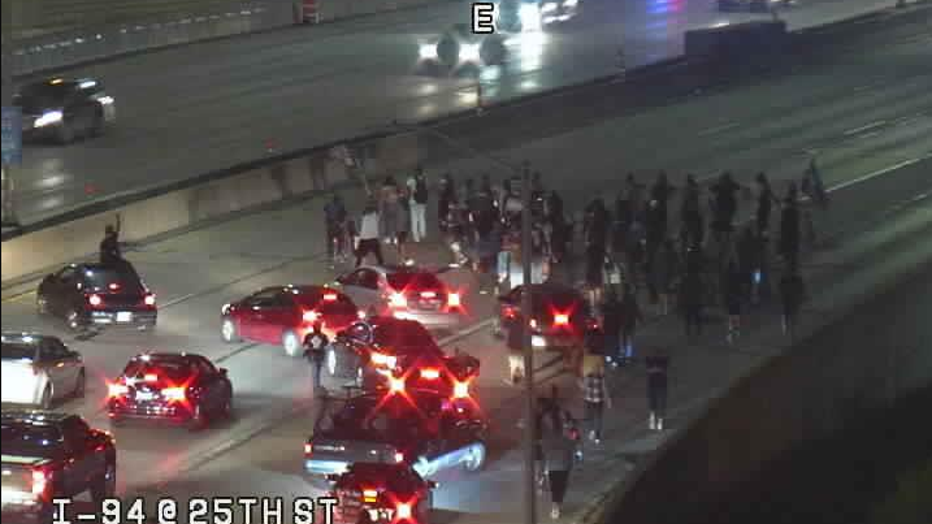 An image from the Wisconsin Department of Transportation showed the group of protesters on the freeway shortly before 7 p.m., and WisDOT video showed traffic slowed as a result.

FOX6's cameras captured a large law enforcement presence at the scene, as well.

Meanwhile, in Louisville Wednesday night, police said an officer was shot during protests over the grand jury's decision, with scuffles between police and protesters, and some arrests.

The only charges issued in the Taylor case were three counts of wanton endangerment against fired Officer Brett Hankison for shooting into a home next to Taylor's that had people in it. The FBI is still investigating potential violations of federal law in connection with the raid at Taylor's home on the night of March 13.

Ben Crump, a lawyer for Taylor's family, denounced the decision as “outrageous and offensive."