No lifeguards at Bradford Beach concerns some

With what felt like the unofficial start to summer, Bradford Beach was packed as temps neared 90. However, safety advocates are worried about a group of people that wasn't there.

MILWAUKEE - The warm weather felt like the unofficial start to summer at Milwaukee's Bradford Beach on Saturday, May 22.

The beach was packed with people, but water safety advocates are worried about who was not there; this summer, there will be no lifeguards at Milwaukee County beaches.

No lifeguards means it is up to beachgoers to keep their eyes on the water, and drowning doesn't look like what it does in the movies.

"People been shut up with the COVID so much, and it’s just good to get out and just smell the lake," said Sandra Scott. 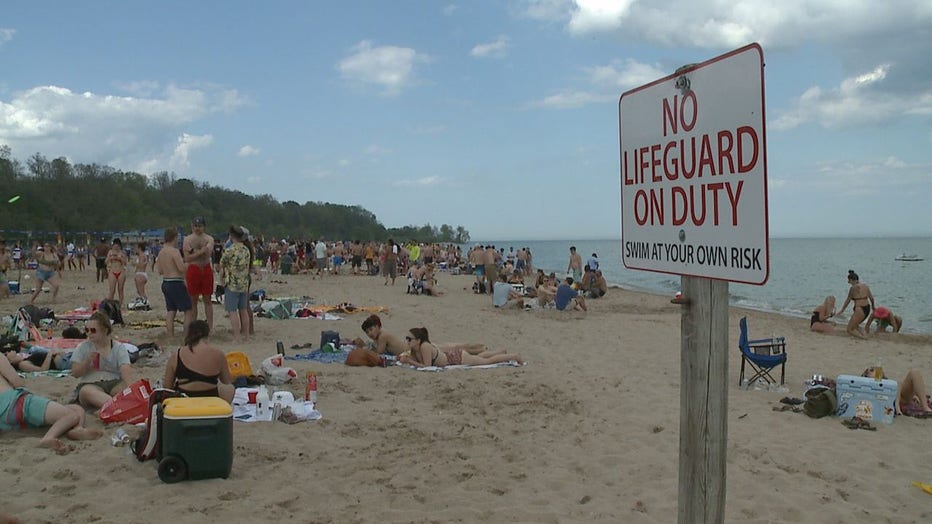 Scott enjoyed the lakefront with her grandchildren Saturday, making sure they didn't stray out too far – knowing there are no lifeguards this summer.

"That’s kind of sad and scary, you know. I think that it’s good to have lifeguards when you have such a large population of the public," Scott said.

Milwaukee County leaders announced Friday that there were no returning lifeguards with open water experiences – hence, no lifeguards at county beaches this season.

"I understand it’s been a very trying year, because you know a worldwide pandemic does have an impact on things, but does this become the lame excuse to terminate lifeguards' program?" said Dave Benjamin, executive director of Great Lakes Surf Rescue Project.

Great Lakes Surf Rescue Project has tracked Lake Michigan drownings since 2010. A new high of 56 deaths was recorded in 2020.

"If someone is struggling in water over their head, it’s typically only one minute until final submersion," Benjamin said. "It doesn’t look like they’re drowning. They can’t yell for help because they are choking on water or gasping for air." 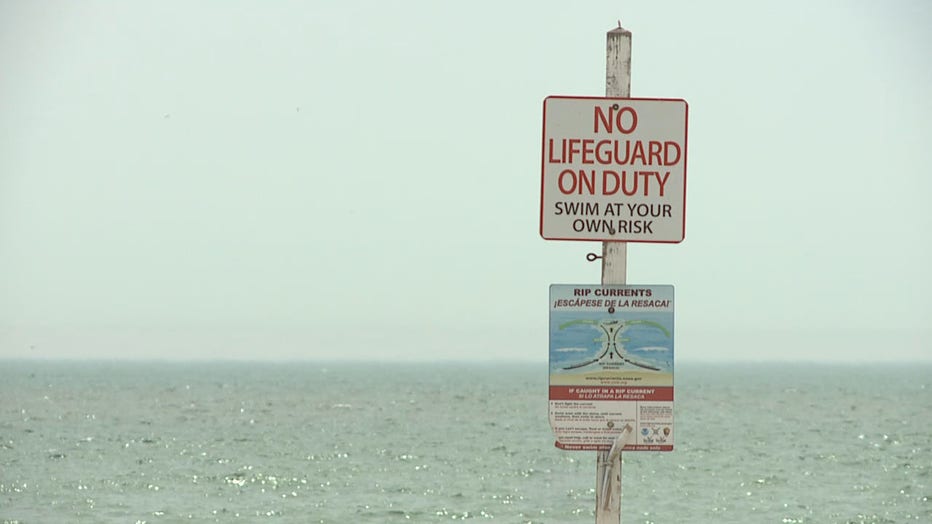 Both Benjamin and Scott hope the "No Lifeguard" signs are not permanent.

"We have a lake that they allow people to come and swim, you know. I think that for the safety for our young people, our children, you know our families, I think they should have a lifeguard," said Scott.

Great Lakes Surf Rescue Project says if you find yourself in a current, or feel like you are drowning to flip, float and follow – flip onto your back, try to float to calm yourself down and get some air before following a safe path back to shore.

Milwaukee County beaches: No lifeguards; McKinley Beach to be closed

Milwaukee County officials revealed on Friday, May 21 that there will be no lifeguards at the county's beaches this season.

Normally held at U.S. Bank Center, the American Lung Association fundraiser was held outdoors for the first time ever to accommodate COVID-19 safety.

Herd immunity in Wisconsin may come this fall: DHS official