MILWAUKEE -- A memorial at Milwaukee Police Department's District 4 police station has grown since the death of Officer Charles Irvine Jr., who died after a crash during a pursuit on Thursday, June 7 near 76th and Silver Spring Drive. A hand-written letter taped to a squad car draped in black and covered in flowers is personal. 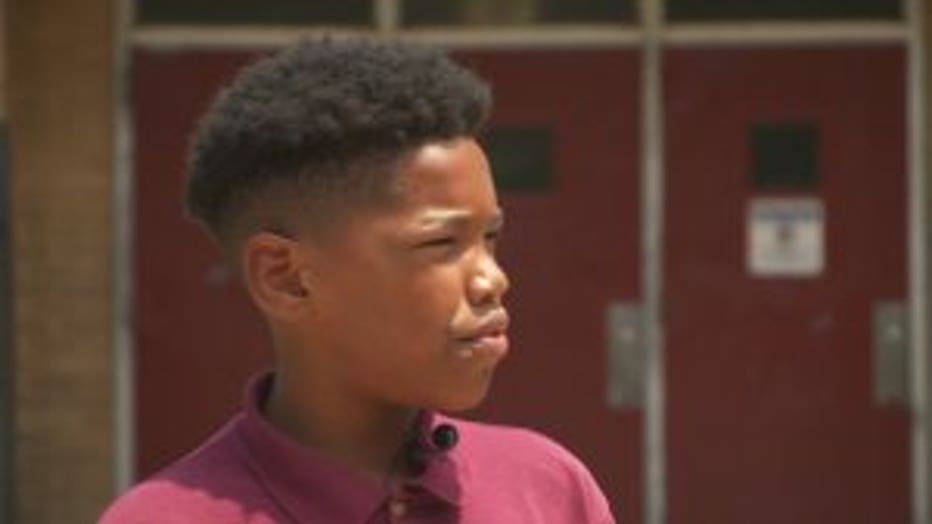 It was delivered Tuesday, June 12 by Avant Turner, who is 12 years old.

"I went to the car and I looked at the picture. Shock. I just saw the car on TV -- flipped over. I went to school and got a pencil and paper. I told him 'thank you for being my best friend, and for helping me,' and I put 'sincerely, Avant,'" said Turner.

The young boy wrote a letter to fallen Officer Charles Irvine Jr., who was young himself -- 23 when he died in the line of duty. 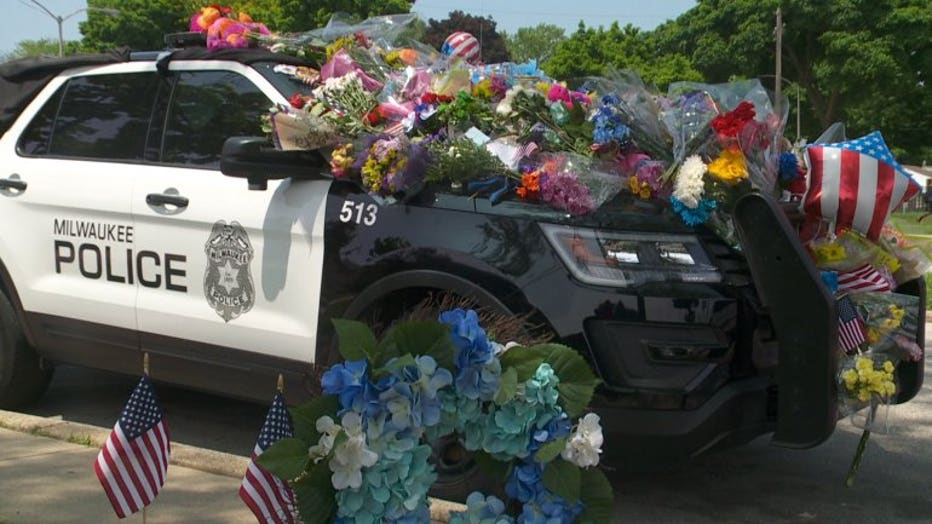 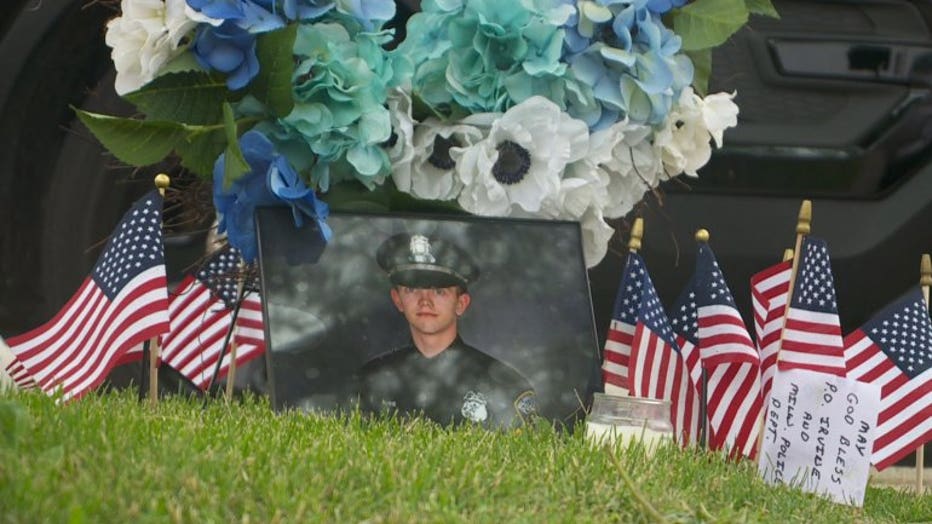 Turner, a sixth-grader at Carmen School of Science and Technology near District 4 said he had been visiting Officer Irvine on his way to school since February. It was around that time when Officer Irvine arrested Turner's older brother, and took a special interest in young Avant.

"He used to be behind District 4. He used to ask me about school sometimes -- was I doing good, and did I need his help for anything. He's the only one who helped me out with like, school. For example, if someone was trying to pick on me and I couldn't get a hold of a teacher, he'd tell me to walk past him and stuff," said Turner. 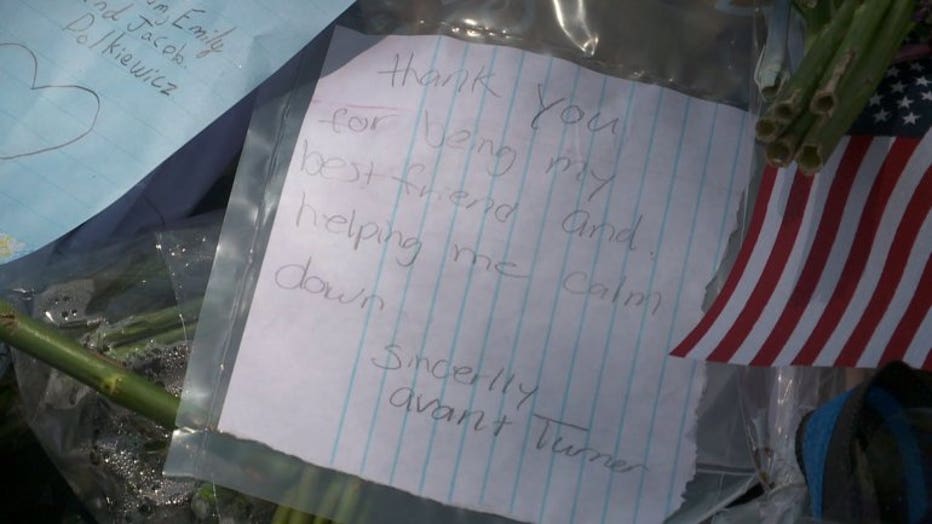 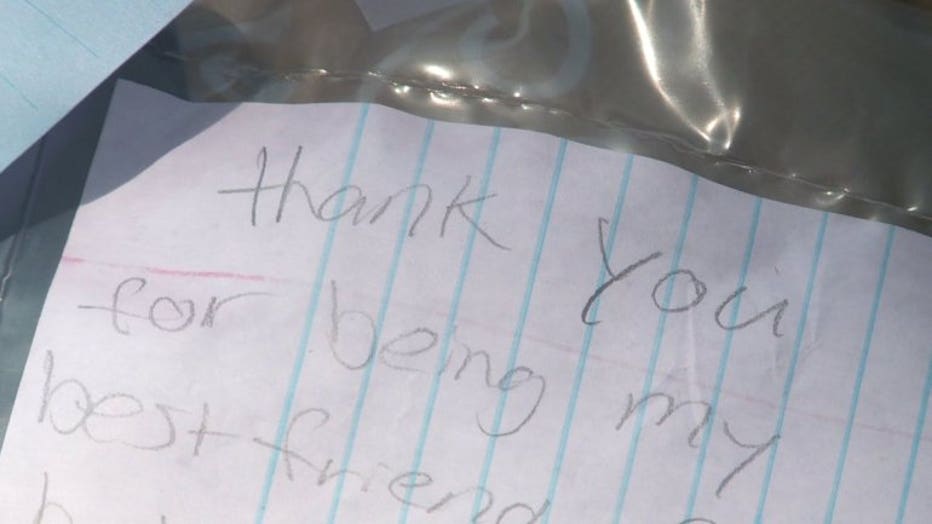 Turner said Officer Irvine's death has been difficult for him to deal with. He said he hadn't gone back to District 4 since the officers death -- until Tuesday, when he stopped by to drop off his letter.

"It's not right to not leave a message for my best friend," said Turner.

Turner also dropped off this car, which he got for Christmas, saying he wanted his best friend to have it. 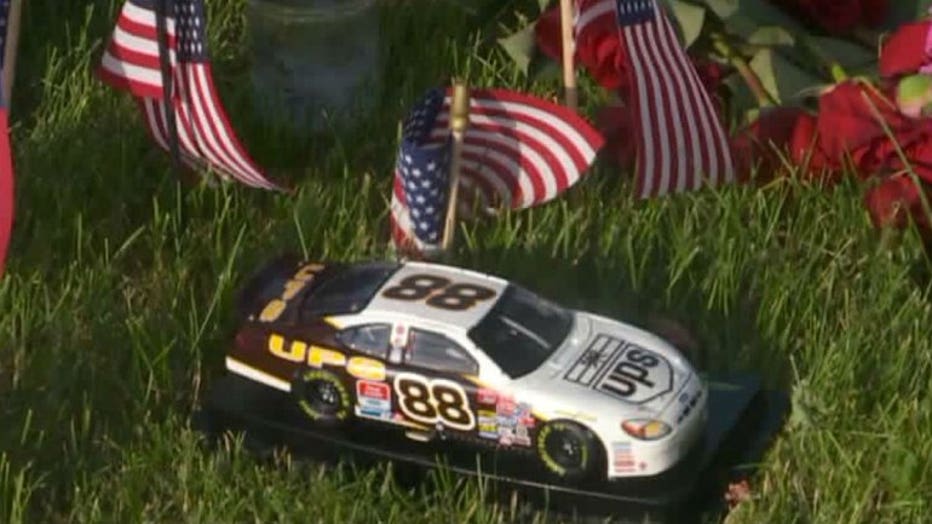 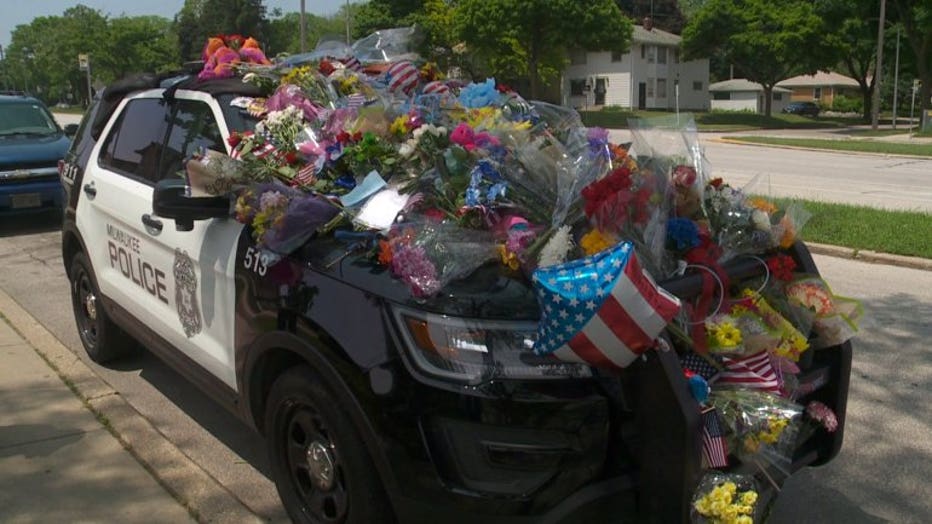 Charges were filed Tuesday in connection with Officer Irvine's death. Ladell Harrison, 28, faces 11 felonies and a misdemeanor. Meanwhile, a fund has been established in Officer Irvine's honor. Donations can be made at any Tri City National Bank branch. Checks can be sent to: