MILWAUKEE -- A body was recovered Tuesday evening, July 14 amid a search for a 24-year-old man missing in the water near Humboldt Avenue and North Avenue since Sunday evening, July 12. The medical examiner confirmed they were called to the scene around 7 p.m.

The search became a recovery effort as of Monday evening, the Milwaukee County sheriff announced. Fire officials said divers were called back Tuesday evening when family members found the body.

On Wednesday, the Milwaukee County Medical Examiner's Office identified the deceased as Avery Meeks of Milwaukee.

"We were called back to the scene tonight. We came within 2 minutes, met with the family members, who were very composed, and showed us where to go, and within a couple minutes, we had brought whatever dignity we could to the deceased," said MFD Deputy Chief Dan Lipski. "Our hearts, our prayers and our minds go out to them. We pray that they can find solace in each other." 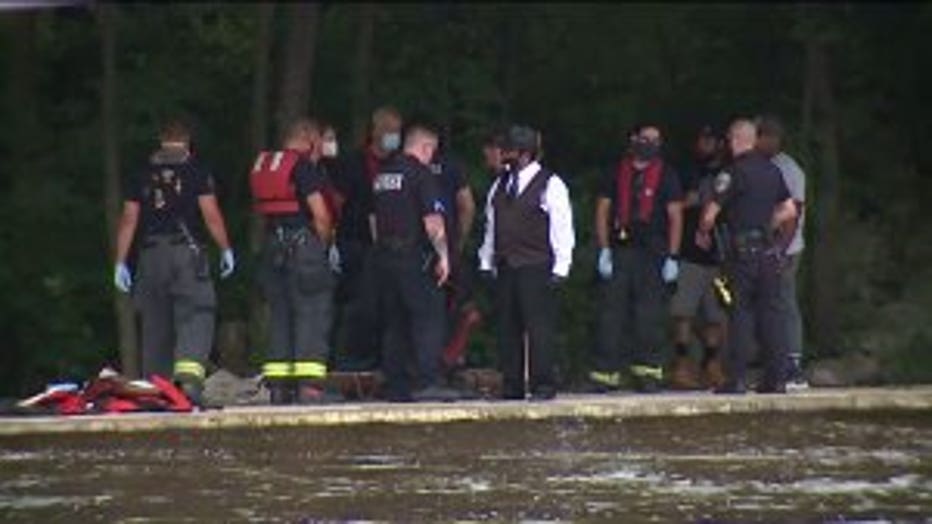 Sheriff Earnell Lucas said the man who was with a friend in the area Sunday evening grabbed onto a tree branch which collapsed, and he then fell into the water around 7 p.m. People on shore made efforts to rescue him, but he was swept away by the current.

FOX6 News crews saw MFD, Milwaukee police and U.S. Coast Guard boats searching the water, along with at least two divers -- and a sonar system. A neighbor said this particular area is popular among rowers, kayakers and boaters.

Sheriff Lucas noted "very treacherous waters" and said the height of the water, murkiness and "a lot of rebar and other things under the water" making this search "very challenging for divers." However, Sheriff Lucas said the search would continue "in the hopes of bringing closure to the family" of the young man "in the prime of his life, enjoying a Sunday afternoon with a friend, who had the misfortune of falling into the river."

MCSO officials confirmed the search was called off due to poor visibility Sunday evening.

The man's body was taken to the medical examiner's office Tuesday evening for an autopsy. Officials have not identified him.