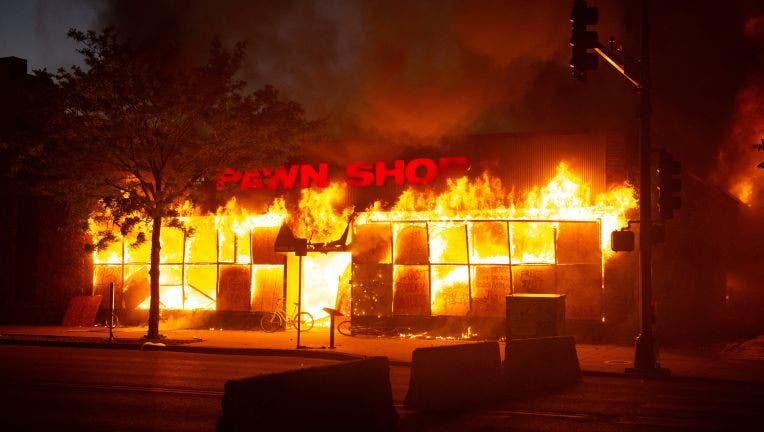 A pawn shop down the street from the 3rd precinct burns to the ground on Thursday, May 28, 2020, during the third day of protests over the death of George Floyd in Minneapolis. (Photo by Steel Brooks/Anadolu Agency via Getty Images)

MINNEAPOLIS -- Authorities say a dead body was located in the wreckage of a pawn shop that burned down during the Minneapolis riots following the death of George Floyd.

According to Minneapolis police, Minneapolis fire, the ATF and the State Fire Marshal, crews discovered the body Monday morning, July 20 in the wreckage of Max It Pawn at 2726 East Lake Street in Minneapolis.

The body is believed to be that of a man. His identity, along with the nature and the cause of death will be released by the medical examiner’s office.

Minneapolis PD's homicide unit has taken over the case. One man has been charged with setting fire to that location. He is 25-year-old Montez Lee, of Rochester, Minn.