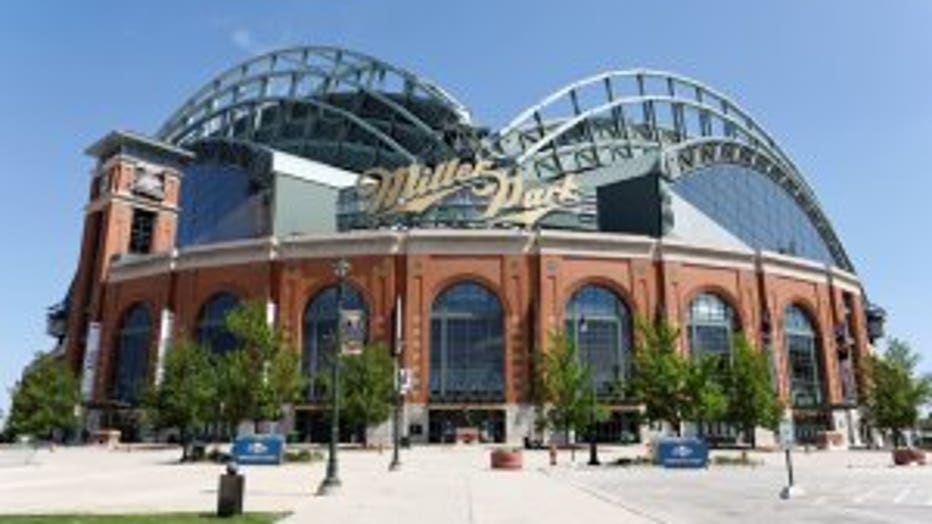 MILWAUKEE -- You will soon be paying less in sales tax. The board that oversees the Southeast Wisconsin Professional Baseball Park District voted on Tuesday, March 10 to certify the end of the 0.1% sales tax that helped build Miller Park -- and the Wisconsin Department of Revenue wants the tax off the books by March 31.

A major league debate erupted on the tax when it was approved by the state legislature in 1996, amid fears the Brewers could move to a city willing to help finance a new ball field. It's been on the books since 1996, raising hundreds of millions of dollars.

Right now, the tax is in effect in five counties: 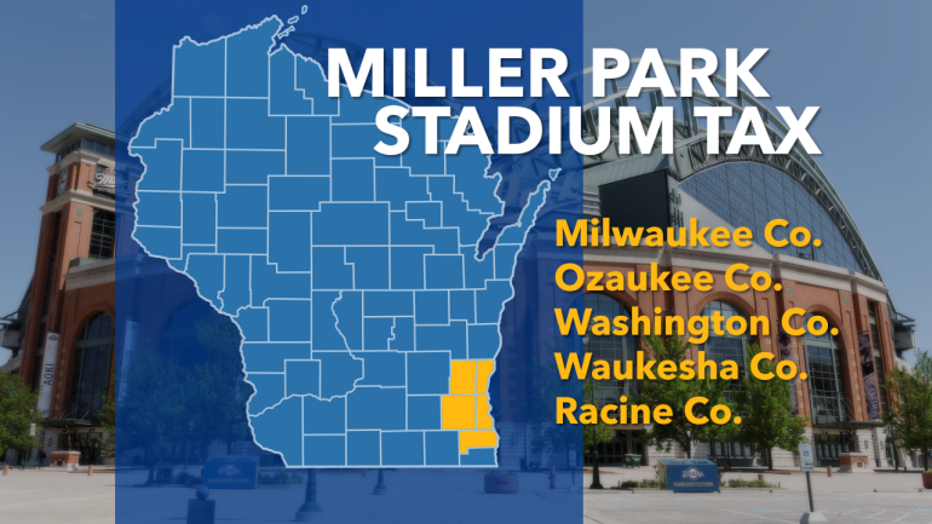 Miller Park's original cost was $392 million -- including the ballpark, roads, etc. Officials say the stadium sales tax brought in $609 million.  $254 million of that amount went directly to the stadium. The rest was used for interest payments and capitol improvements.

Statement from Don Smiley, Chairman of the Board of Directors of the Southeast Wisconsin Professional Baseball Park District

"Today, March 10, 2020, the Southeast Wisconsin Professional Baseball Park District Board voted unanimously (13-0) to approve a resolution to certify the end of the 0.1% Miller Park sales tax.  The certification to end the Miller Park sales tax will now be turned over to the Wisconsin Department of Revenue for final implementation.

"Twenty-five years ago, the Wisconsin legislature created Act 56 establishing the roadmap for the planning, design, construction and operation of the public / private venture that became known as Miller Park.  The enabling legislation established a 0.1% sales tax in five southeastern Wisconsin counties.  Those counties include Milwaukee, Ozaukee, Racine, Washington and Waukesha. The District sales tax funded the public sector’s share of the Miller Park facility.  The Miller Park District Board of Directors, made up of members from each of the five counties, represents and protects the public’s interests in the ballpark project.

"On behalf of the public sector, the District Board will continue its oversight function moving forward, throughout the original year 2030 lease term with the Brewers and throughout any lease extensions, potentially through year 2040.

"The District Board wishes to commend and thank all current and former Board Members involved for their steadfast commitment and leadership in making Miller Park a reality over the years, from the earliest days of planning, design and construction, to every opening day since under the retractable roof.  Most of all, the District Board would like to thank the taxpayers and the best fans in baseball.  With their support, we continue to enjoy one of the greatest ballparks in the country."

Supporters of the original tax said it was needed to keep the Brewers in Milwaukee. A recent study commissioned by the Metropolitan Milwaukee Association of Commerce (MMAC) found Miller Park sparked $2.5 billion of economic impact over the last 20 years. 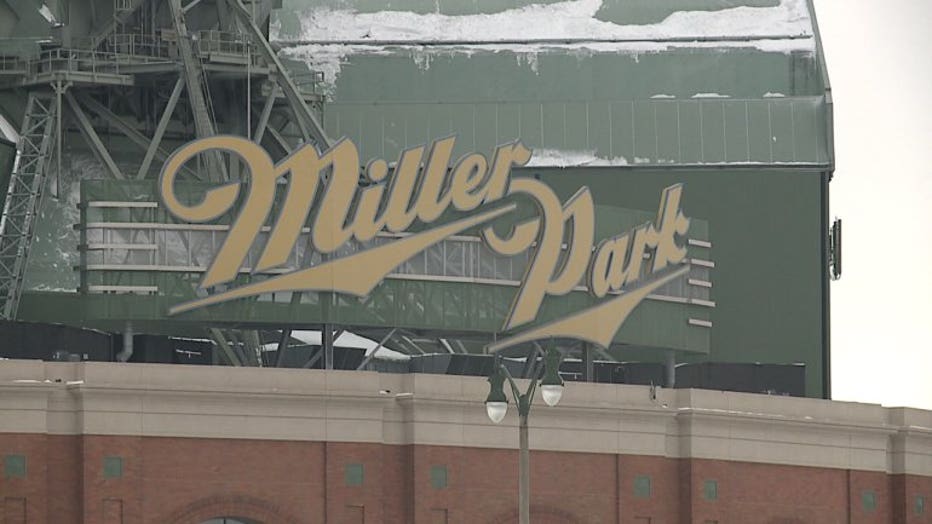 "Twenty years ago, MMAC made the case to our members and to state policymakers that keeping Milwaukee a major-league city was a wise investment," said MMAC President Tim Sheehy. "This independent study shows that the actual return on that investment has exceeded our expectations."

Senator Tim Carpenter (D-Milwaukee) said sunsetting the tax is a matter of principle. When he voted to approve the tax, it was supposed to end in 2014.

"A promise is a promise," said Senator Carpenter. "When I tell people, 'I voted for Miller Park,' if you tell people the tax is on and it's going to end on a certain date and you don't do it, I think you lose a little bit of your credibility on issues." 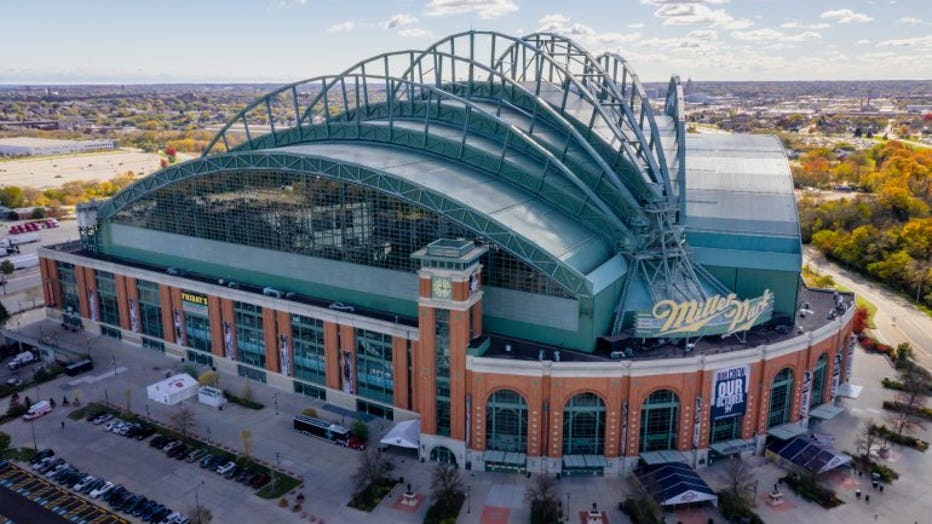 Now that the Southeast Wisconsin Professional Baseball Park District board of directors has voted to retire the sales tax, the Wisconsin Department of Revenue will start the process to shut down the tax. Again, that process should be complete by March 31.

Statements from other officials

“I’m as big of a Brewers fan as anyone, but Racine County residents should not have to pay for a sports stadium in Milwaukee. For 24 years, the Miller Park sales tax has endured here despite little to no evidence the stadium has benefited Racine County. The end of this tax is long overdue, and I’m glad the day has finally come.”

"I’m so excited! Along with taxpayers throughout southeastern Wisconsin, I could not be happier! We’ve been waiting for this day for 23 years. I want to thank the District Board for their vote today to end the Miller Park tax, and the Department of Revenue for their work allowing the tax to go away at the end of the month. It can’t and won’t be used for any other purpose. It’s gone. Hallelujah!

"Taxpayers more then held up their end of the bargain. Now we can focus on what’s happening on the field, not who is paying for it. Go Crew and Play Ball!"