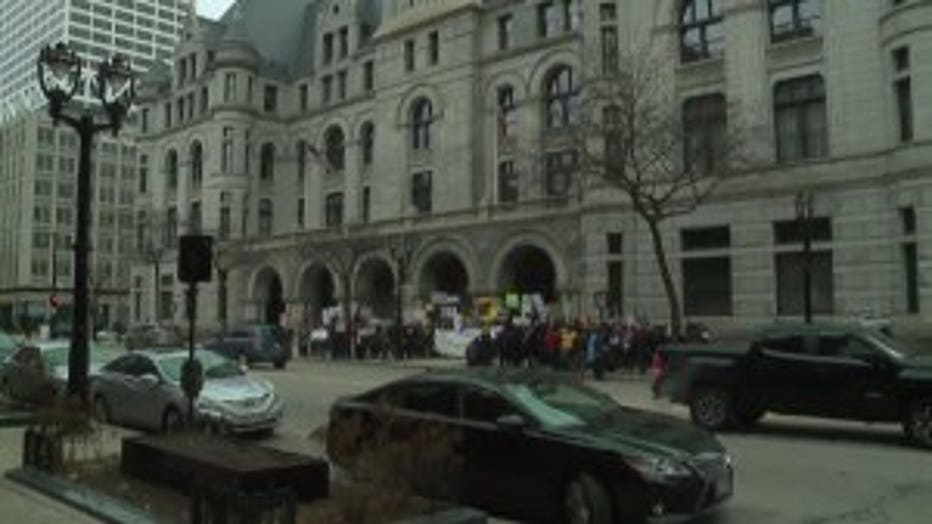 The group of protesters were outside the Federal Building in downtown Milwaukee.

"We believe this is blatant discrimination and we believe it's against the U.S. national interests," said Soroush Aslani, rally organizer. 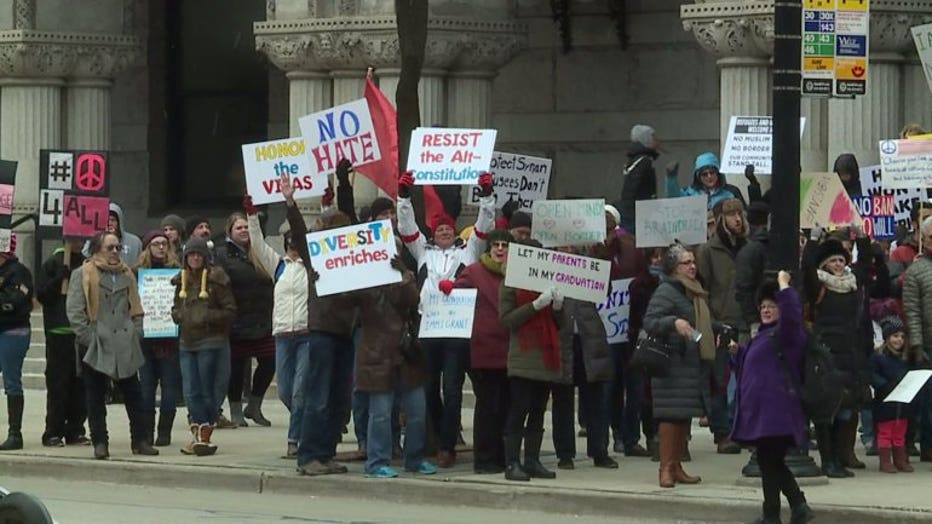 "We want to ensure that we are not admitting into our country the very threats our soldiers are fighting overseas," said President Trump. 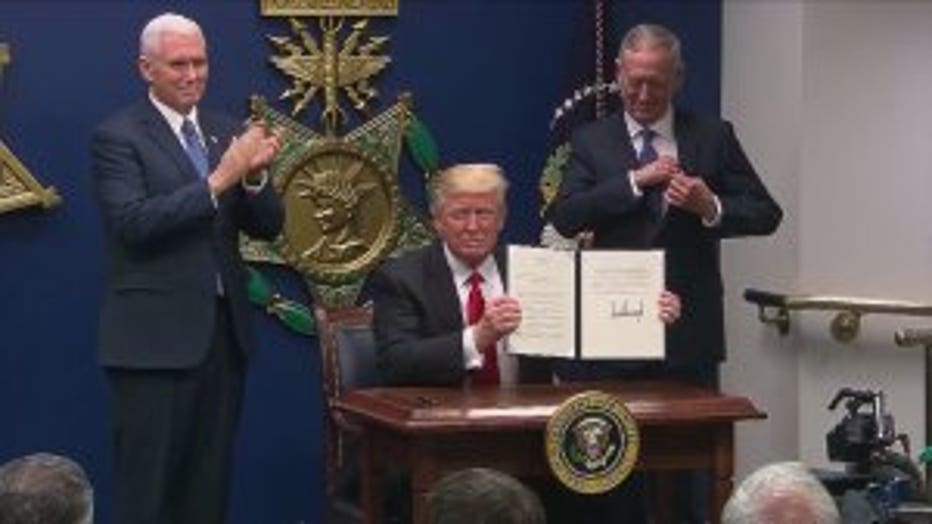 While the president argues the ban will help protect the U.S. from terrorism, rally organizers say it will also hurt law-abiding citizens from those countries who currently live here legally under green cards or temporary student and work visas.

"If you are kicking academics out, questioning your students, they cannot go back to visit their families, they will go someplace else," said Aslani. 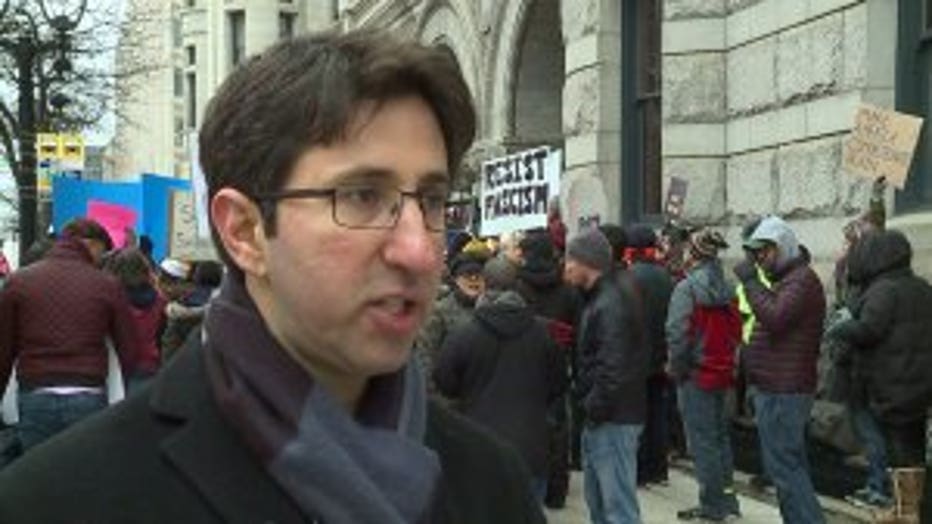 The ban comes on the heels of another executive order signed earlier this week that threatens to take away any federal funding from so-called sanctuary cities or communities that don't turn over undocumented immigrants to federal agents for deportation. 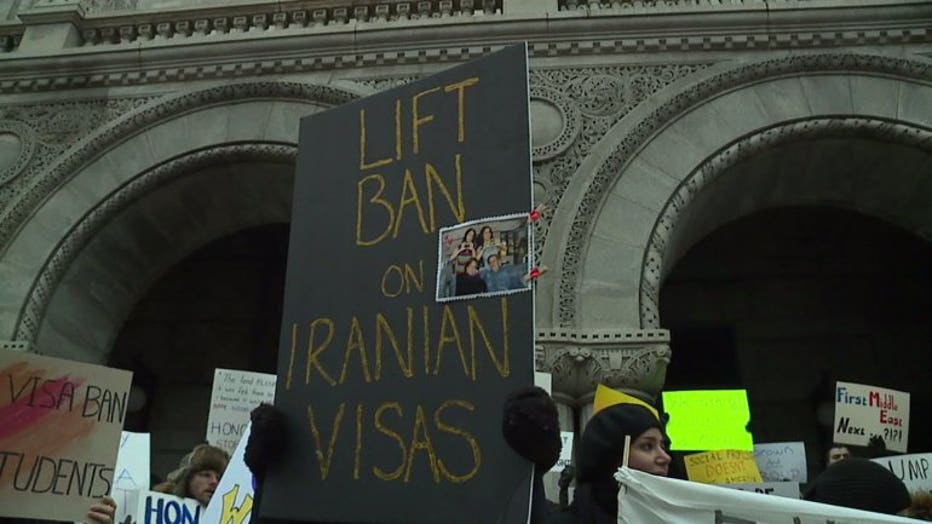 "Which is to protect and serve the residents of our community and you can't do that if you're terrifying them and trying to round them up," said Chief Flynn. 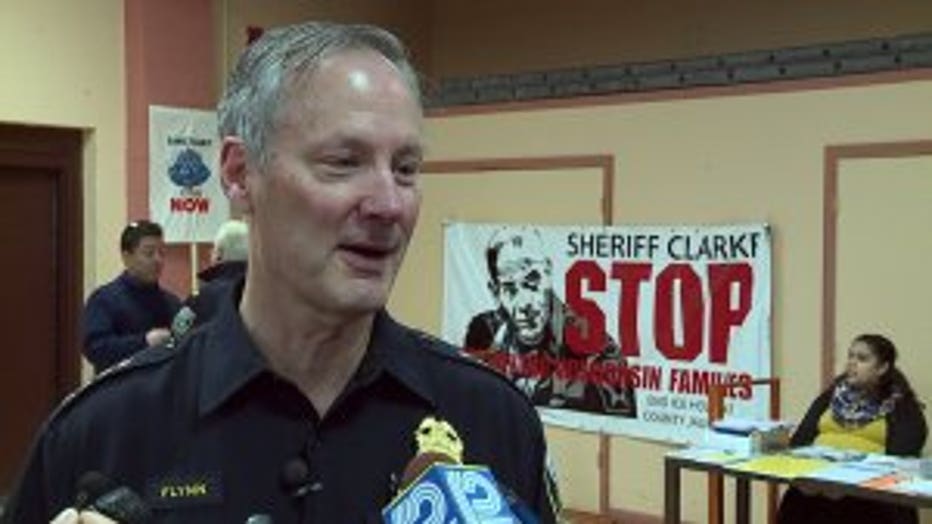 Friday's executive order also suspends entry of all refugees to the U.S. for 120 days and bars Syrian refugees indefinitely.